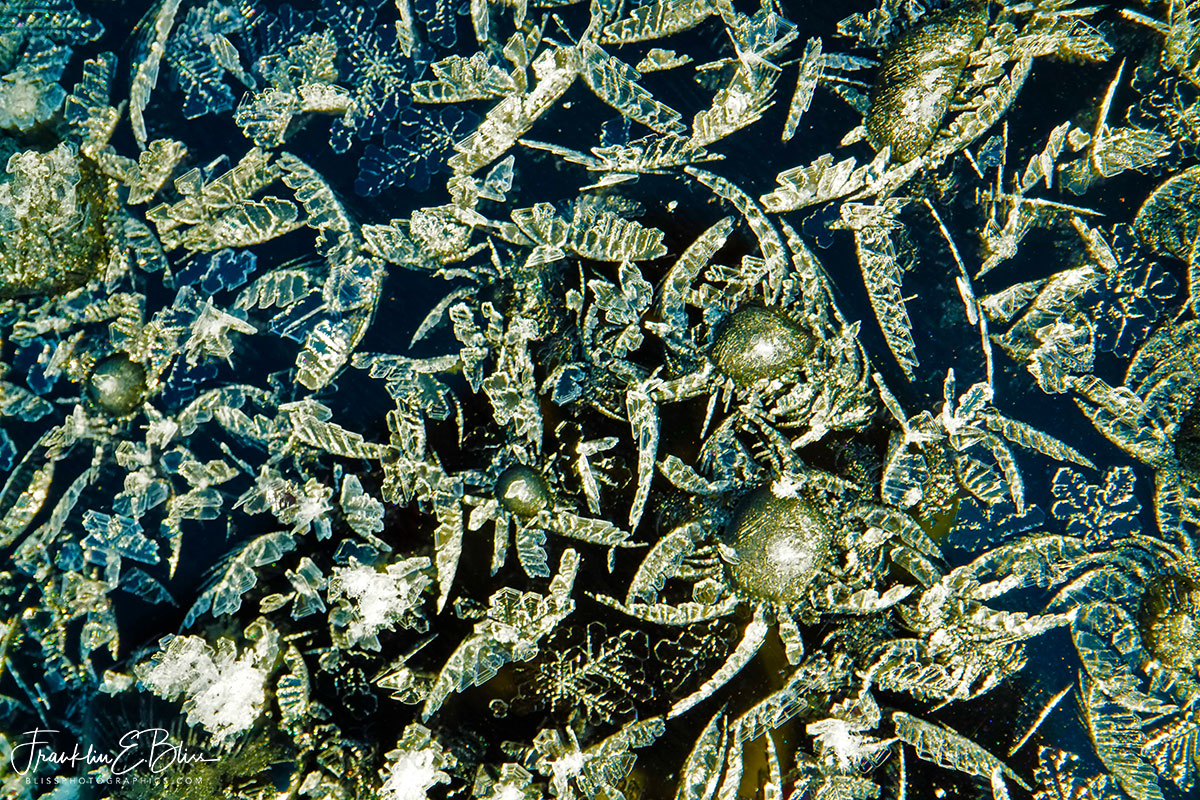 Talk about complex/busy 📸 Anyone see the little “crab” formed by nature?

I see an amazing amount of order within this chaos. There is an inherent depth to this capture. I was standing on my Black Ford’s Winch Bumper to angle straight down on it’s hood . This JUST as the sun was rising. I watched shaft of sun came through the trees lighting up the hood. After I tripped over my jaw I grabbed a macro lens from the front seat of aforementioned portable photographic studio. (my truck). I had just carried the 25 pound “Box o cameras” outside to populate my passenger seat with. I was on the way out a little late that morning. Sometimes I think one is late for some reason in your timeline.

Sequence of events for your minds eye:

The previous night the hood warm from the engine, melted some ice into drops. Those drops FLASH FROZE in the 15 degree air. Next a dusting of well formed snow flakes dusted the surface of the highly reflective waxed black paint under the flakes. Then frost began to grown into 1/4 inch feathers. As the golden rays of the bright unfettered sun hit them, the golden sheen was unmistakable. I didn’t notice the blue flakes in the eyepiece for some reason in my mind but the camera sure saw them. I think it was the fact I was balancing on that bumper lip 3 feet off the ground looking through a tube. What could go wrong😜.

I’ll allow blue snow into my images when it is against a reflective black background lolol. (Inside Joke).