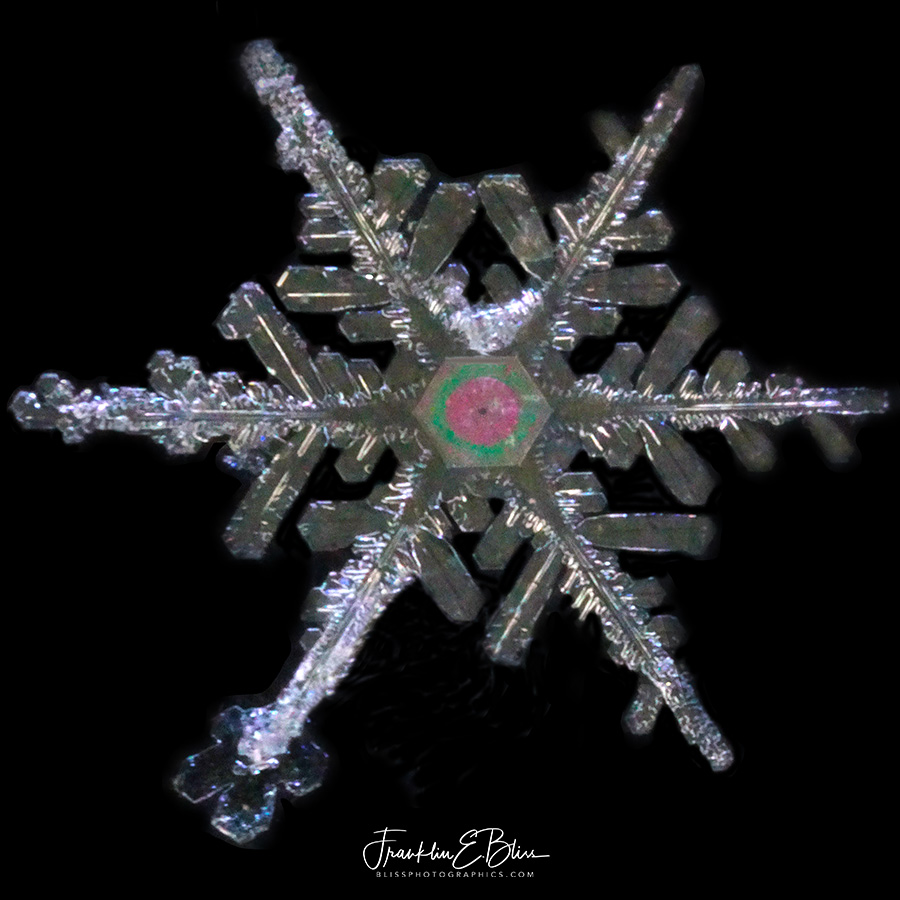 I have no idea of how the physic of the color center of the flake operated. It is not false color and I didn’t do it in the digital dark room. It’s not a digital artifact. Somehow there must be a polarizing film such as melted water there? But the physics say there must be a second polarizing film to draw color out of white light like this. I worked polarizing optical microscopes used in mineral analysis for years. Somehow “crossed polarizers” formed for this image to occur.

Captured using a 1:1 “macro” rated lens. (90mm Zeiss/Sony) I was able to zoom into this piece of natures artistry. As they say, no two flakes are ever the same. There are MANY different kinds of macro lenses. If you have questions about this PM me. I used an LED flashlight for the source of light hand held but there was not a polarizing lens on either the camera OR the flashlight. How this happened is beyond my level of understanding. I’m just happy to have captured it lolol. 📷

Geometric purity always amazes me. The geometric forms created under the rules of nature become phenomena… One thing I have observed and confirmed personally as a scientist over my travels, is that growth of any crystalline substance is orderly. A repetitive process, the materials used in the construction of the snowflake arrange themselves into a limited number of predetermined orientations. Science right in front of us.