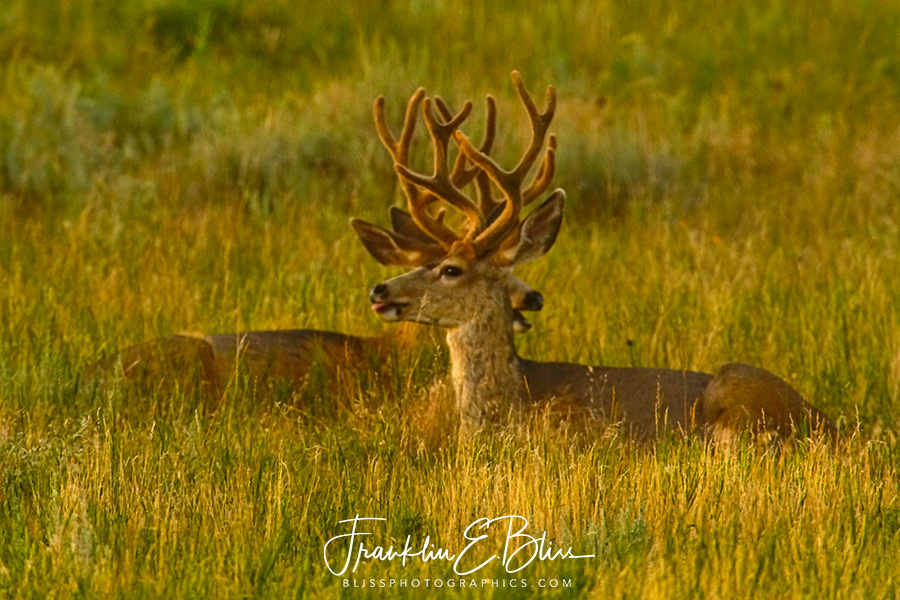 At distance, I was confused knowing the ground I was on quite well. I literally saw an out of place bush in a place it didn’t belong. Caught my attention it did. I only have one good eye. The one good eye I have isn’t great so I thought I was seeing things lol. A somewhat closer trip over to the two bedded and resting 3.5 and 2.5 year old boys seemed prudent. Eventually it made perfect photographic sense … Glasses get in my way with cameras. Usually safety glasses for open ATV’s are bad enough but necessary.

These two have seen me before hundreds of times. I’ve never pressured them by getting out of my vehicles. (That they could see)…I’ve taken some shots under and around my rigs before with the deer a stone throw on the other side. They are used to my smell and noise by now lolol. I have literally been able to drive among the wild deer out on the grasslands numerous times before.

I have accumulated many many good facial images of various deer doing natural behaviors. I’ve never pushed deer unless they were inside our deer resistant electric fenced in yard around our homestead. It’s a big fence lol. We had a couple of deer walk through an open gate today . They went out the same way they came in as we quickly knew they were there. They didn’t like my running about on a 4 wheeler looking like a threat. We don’t have our gates open too much but were expecting someone. Quick as we think they smell the few dozen apples that are under the snow now fermenting rich in sugars.