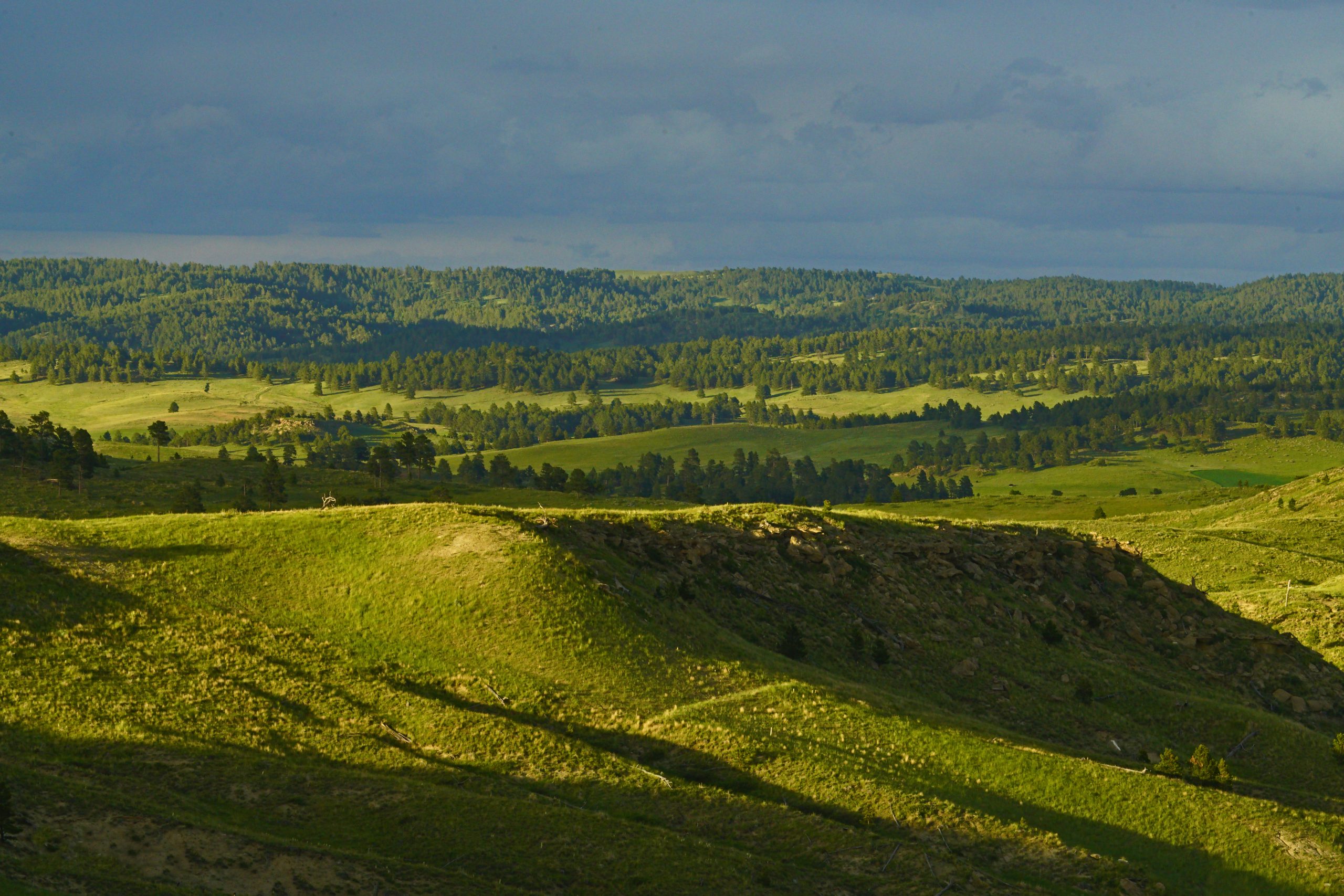 Here over a week into March, We are still 2.5 months away from this scene. I’ve had about enough of winter already. It started October 1st, been pretty steady since. I understand we might see 60 next week… the melt water has been flowing already but is still in the smaller ponds. We hopefully will get some spring snows as most of our moisture comes from spring snow storms. We get 14 inches a year.

The ridge in the foreground running off to the right was where I found a 20 percent complete Triceratops. Hell Creek/Lance formation Cretaceous Sandstones and mudstone complete drape this landscape covered by such green.

Springtime is prime dinosaur hunting season. The long winters freeze/thaw cycles, breaks up a little bit of the exposed sandstone surface everywhere every year. There is 700 feet of Hell Creek Sandstone here. This is terrestrial sediment moved over the Dinosaur’s beach below. Filling up the epicontinental ocean to the east.. The area I’m in is “middle/upper Hell Creek in the 700 foot zone about 200 feet from the top of the formation roughly. It’s hard to decypher beds are dipping right toward me at 50 feet per mile diving into the ground behind me into the Powder River Basin. Huge rivers meandered about. The sand transported from the now eroded source mountains to the west.

THe Big Horn Mountains were lifted out of the craton AFTER these piles of sand (the hills are made of sandstone) were deposited. The rocks these hills are famous for containing fossils of the Late Cretaceous Age dinosaurs. T-rex, Triceratops, and Duck Bills wandered on these sands. . The geology under the ground here is as transparent at the air in my mind.