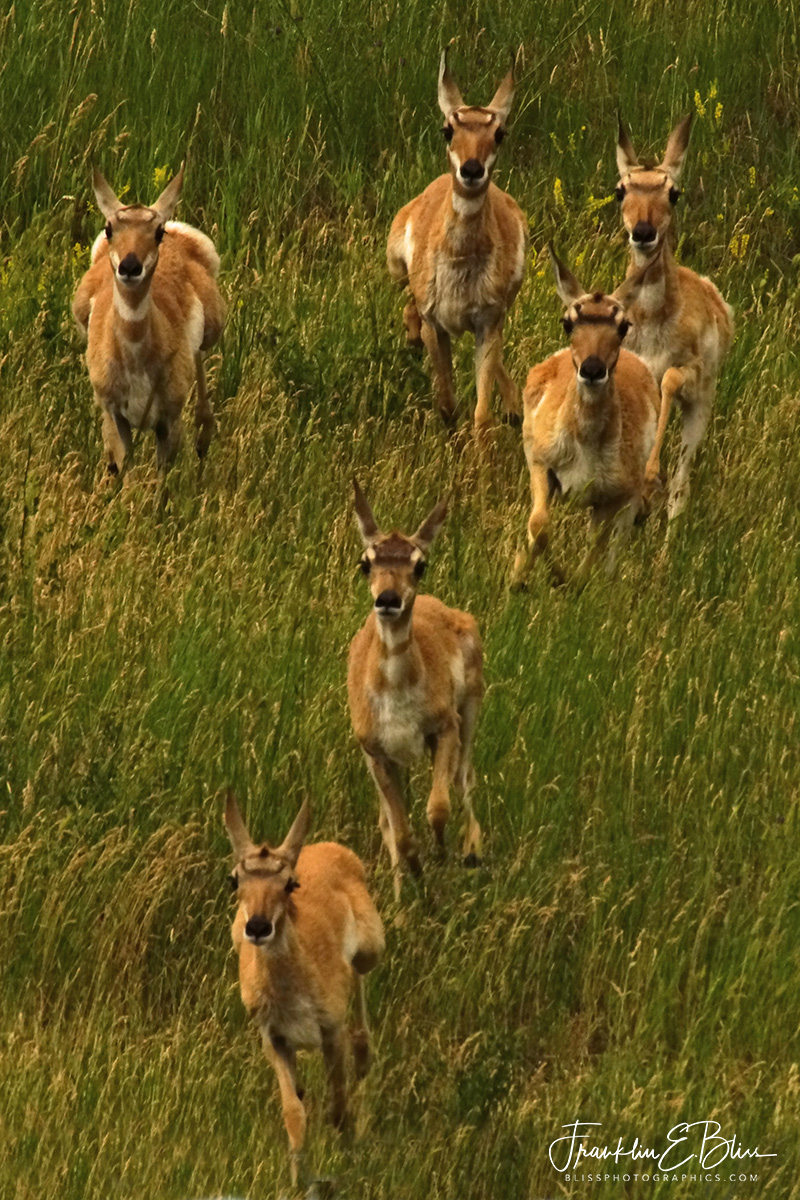 Fawns Running at the Camera

These 2 month old Pronghorn fawns were “up the hill” There were 5 adults and 8 fawns in a “nursery”. Adults often care for others fawns cooperatively. I only got 6 of the running fawns in this frame. A full frame high resolution capture taken from out the window of my Jeep Grand Cherokee. I had been there a while. The vehicle obviously blended into the background as a non-threatening thing to them.

When I accidentally drive into what I consider a group of pronghorn’s “uncomfortable zone”, I stop and start driving like a grazing animal. stop, stay there a while. Start and move 10 feet stop for a while, rinse and repeat that process until I get into reasonable camera range. I had an uphill shot to the group. Suddenly ALL the fawns took off running at the same time while the 3 doe babysitters didn’t flinch. Something startled them but not the adults.

This group ran by my Jeeps I’d say within 20 yards. I get inside groups of deer several times a day using this technique but not too often Pronghorns. If you ask anybody which end of the Pronghorn you usually get the picture of, it’s not usually the front end. I’m thinking I have 2 other encounters were the animals were running at me. I actually was almost run over by a Pronghorn by accident. I was JUST over a ridges lip standing in a cattle trail by a fence (a natural funnel). He didn’t see me running up the other side until he crested the ridge maybe 10 feet behind me.

I had a wide camera and did get that encounter too lolol. Spun and caught them running by my rig. Their hoofs threw dirt at me with their turn to avoid me. Almost a head on collision in the middle of nowhere. I’ve never wanted to collide with a Pronghorn at speed lolol. I’ll dig out that photo soon.

Fawns Running at the Camera