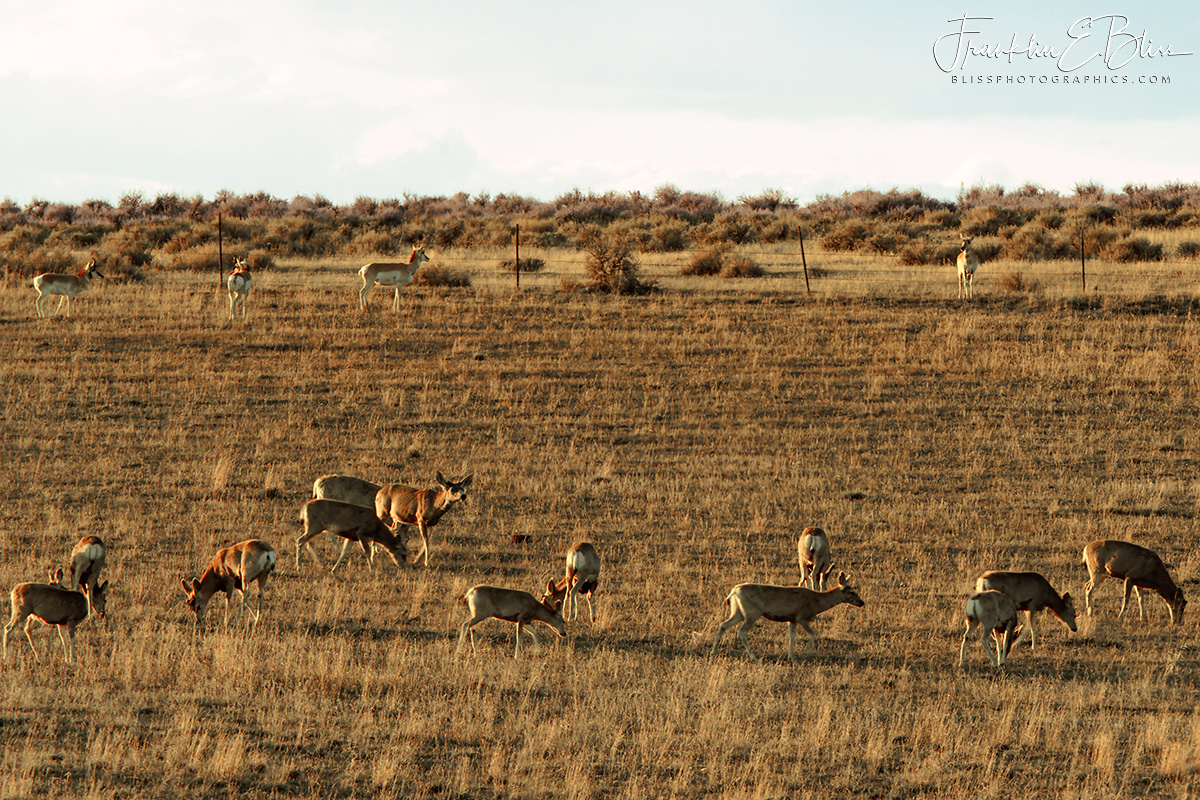 Satire: There was going to be a pickup base ball game but the Pronghorn couldn’t put enough players on the field. I would have enjoyed the play by play. Now if 4 of the deer played on the Pronghorn team, there would still be one odd man out. The someone asked who had the ball and bat and no one remembered to bring it. Go figure!

That ‘s the problem with ungulate sports. They are as a group focused on food an danger. Anything else is transitory . You will also note that the Whitetail squad also was a no show entirely. They will probably show up with their coach “Sneaky Pete” the Windmill. I have no control over their actions. 😜

Back to my “normal” programming.

I don’t see close encounters of multiple species, that I can capture on one frame, of ungulates out in the backcountry. Even so, this is the Serengeti of North America up in this portion of Wyoming/Montana. The major national grassland 20 miles from here to the south puts us on a migration route with many hundreds of pronghorn passing through each late fall/early spring. The Deer herd up in the late fall just after rut through mid spring. Then they break up into smaller groups and finally does with fawns. Only to regroup again later in the year. It’s all a cycle over and over again. I’ve watched this numerous times over the years… Rinse and Repeat.