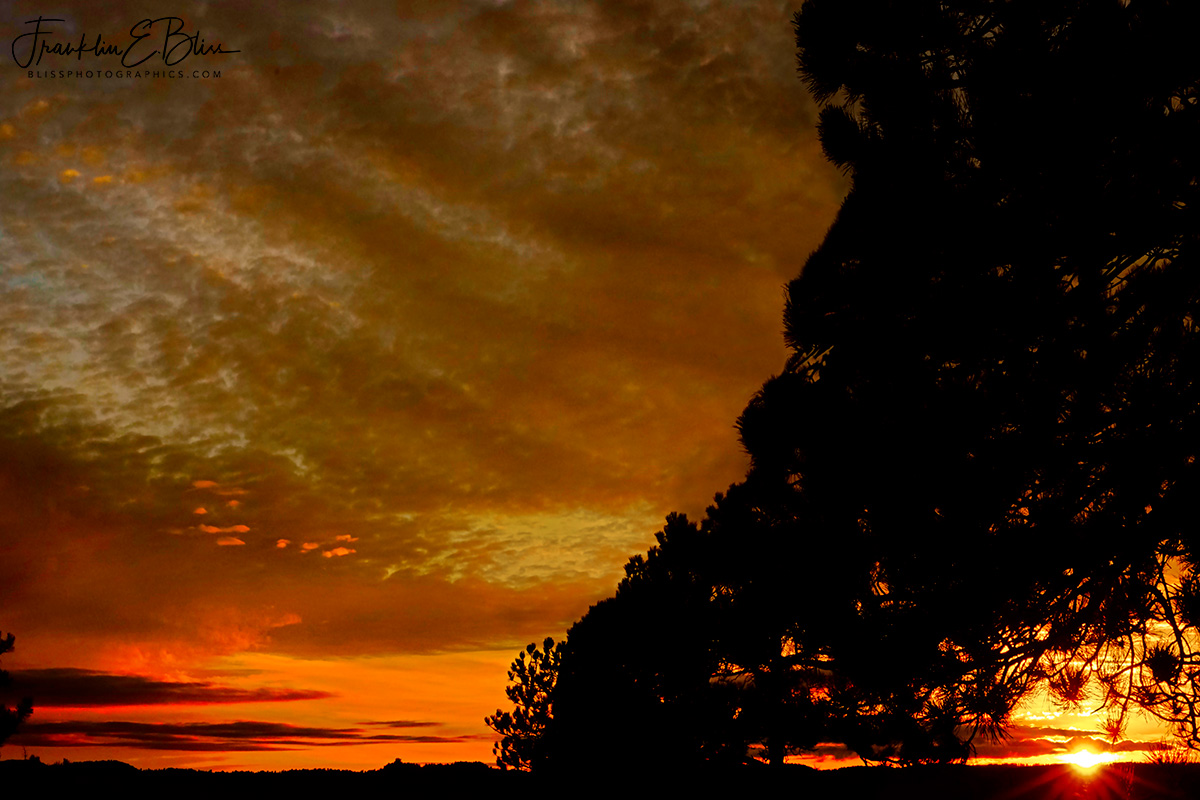 This phenomena is the ability to imagine faces in common objects. The scientists say it developed in our species due to infants need to smile when they see a face. The smile engenders loving care in return. The babies (a million or so years ago) that smiles more, were cared for better on average. They grew to adult hood and reproduced. Rinse and repeat cycle over and over and over. We are teaching computers to do facial recognition using essentially the same process. The ability to see shapes out of random data is a survival skill.🤔 This “ability”/curse used to be considered a sign of psychosis “back in the day” before it was recognized as being absolutely normal lolol.

Taa Daaa. (or un taa daaa? which is a classic reference), This captures was during a wonderful morning of bronze mottled/rippled cloud deck with the sun just cracking the horizon. IT was dead calm on this ridge top which is not that common for me.

Trees Beard here is of course a distant cousin of the Ent’s of Tolkein’s masterpiece. (If your not a geek and don’t know). They were walking/talking tree creatures of great age that watched over the forest like shepherds. That’s all within the frame work of the Two Towers book out of the trilogy.

I also see a wolf’s head outline in the negative space the trees provide. Some may see a horse. Something else?