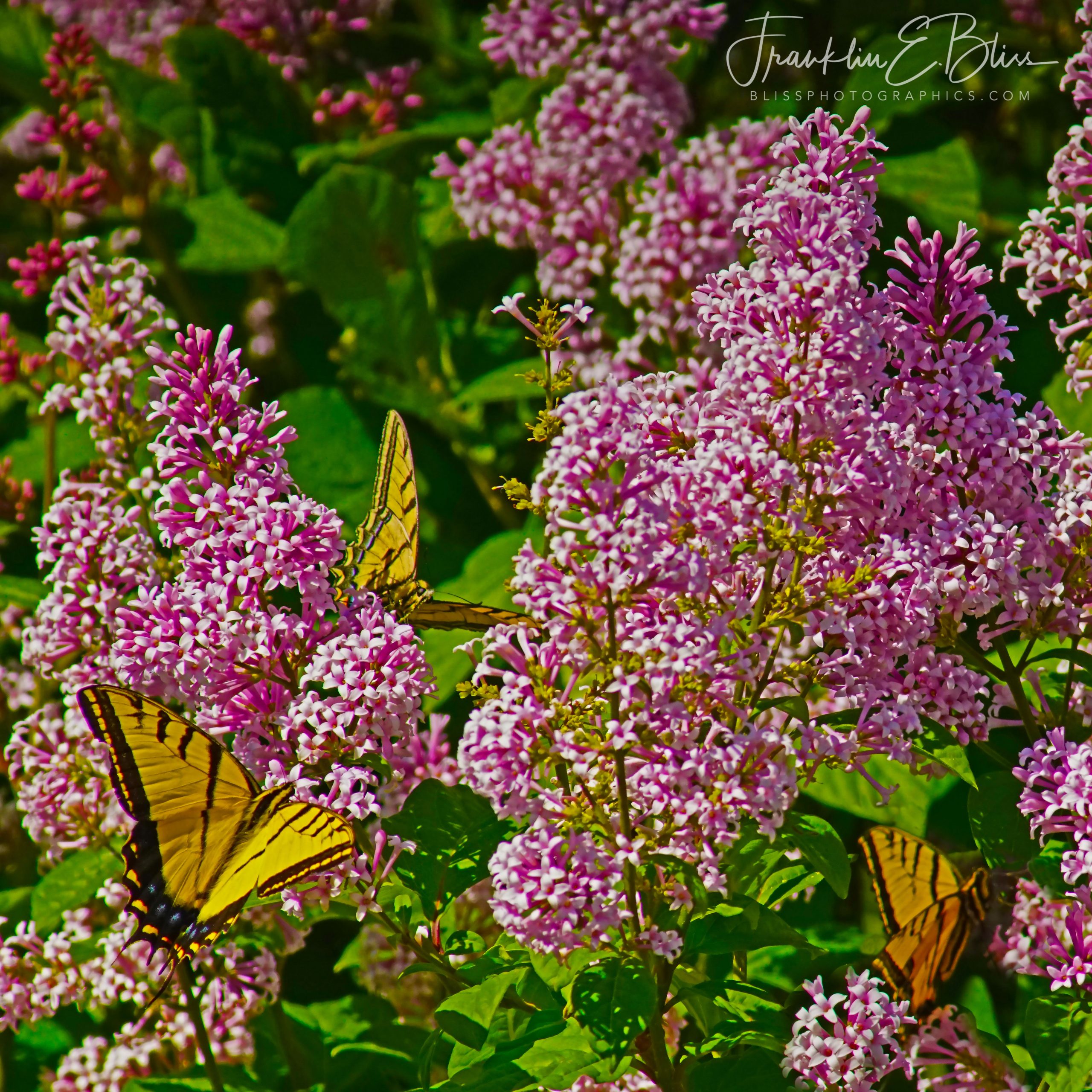 We have several Pink Lilacs as well as the standard purple. Swallowtails are a little flightly and are hard to get this close on without them heading for the next stop. Typically they fly out of reach. There were dozens of them swarming this bush along with a host of other species of insects.

Finding one tolerant of you is a matter of ‘Becoming the Bush” and don’t move too much. You have to be able to tolerate bees and other bugs flying around you though. Other than that, it’s not hard to so. Don’t wear perfumes as if you smell like a flower. Being stung in a bush is something that hasn’t happened yet. But merging into Lilac bushes and Hollyhock gardens has it’s risks.

Macro lens photography is usually a matter of getting close. But here I’m using a standard 400mm telephoto at about 15 feet. Long telephotos make pretty good macros for subjects you really can approach too much. Handheld. Not a tripod.

Trivia: The first known picture drawn by John White in 1587 of a north American butterfly was a swallowtail. This during Sir Walter Raleigh’s third Expedition to Virginia. That work is named Mamankanois that is believed to be a native word for butterfly in the day/area. I’m sure that it was shown to Queen Elizabeth who was the sponsor of Sir Walter Raleigh’s adventures in the America’s.