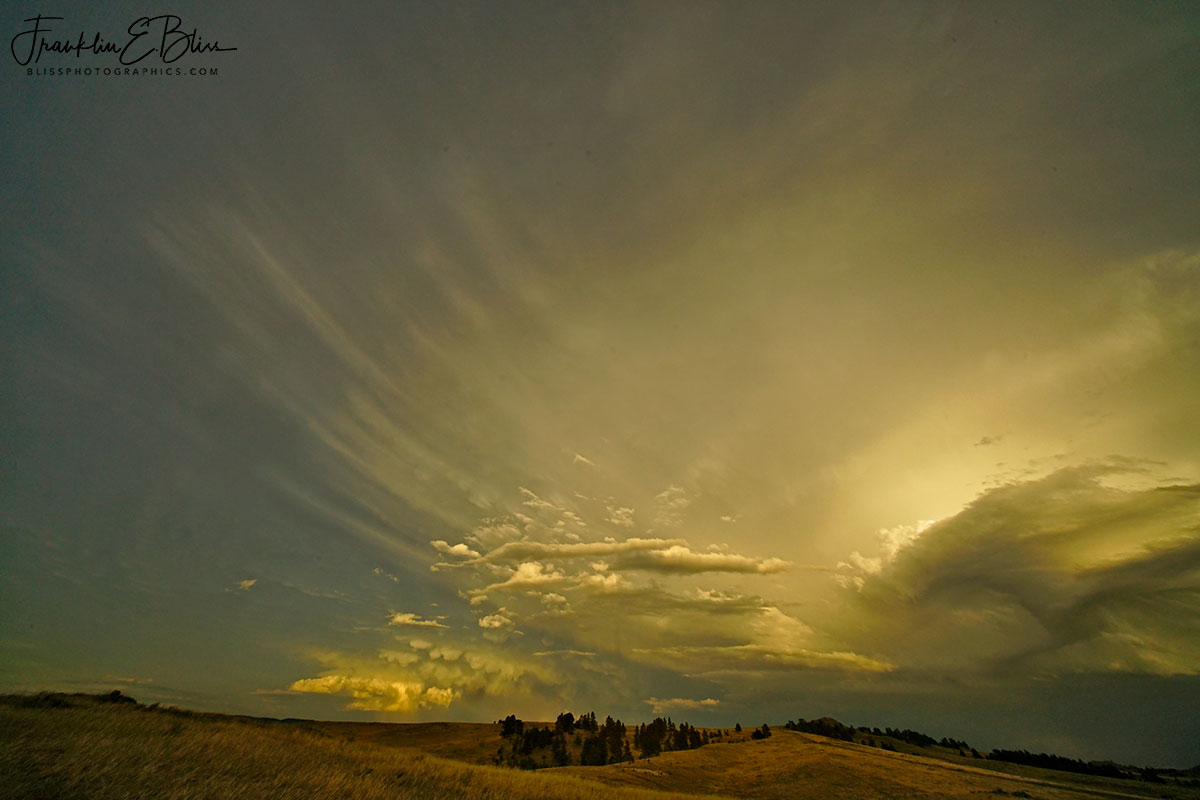 In this twilight dusk capture, you can see both the updraft inverted funnel on the right feed warm air into the MASSIVE Mesocylone to my east. It spans the Montana/Wyoming border in this shot straight east. The Cold air coming down over the top left is streaking down to the front of the storm where all the action is. The rain is first as the top of the storm leans forward and the rain falls with the cold downdraft in front. As you go further and further into the storm, the strength of the updraft increases. Cold…. Thusly the hail falling gets bigger and bigger toward the rear of the storm just in front of the updraft region.

I re-emphasize… I’ve never seen such a good example of this before and I do this a bit. Far right frame you can see the inverted vortex of the up draft coiling into the storm. I watched it roil and rotate slowly snaking up into the storm. This sucks warm air up and the streaks are cold air coming back down. This is the second image I’ve posted from this timeline.

I’ve got a few other captures from this storm still working their way into my work flow. They will appear every few weeks I suspect. I’ve never seen this so well defined. So from the north west side of a growing to mature Mesocyclone, you will have the most interesting photos if the lighting is right. I will ALWAYS work thunderstorms in the evening or morning because of the lighting. We got 1/10th of an inch last night with the lightning storm. Kept everything from burning I think.

I heard lightning at 10PM last night and was going to go up hill until it started raining. Life in the Local Volunteer fire watch… (It’s called survival in these conditions. ).