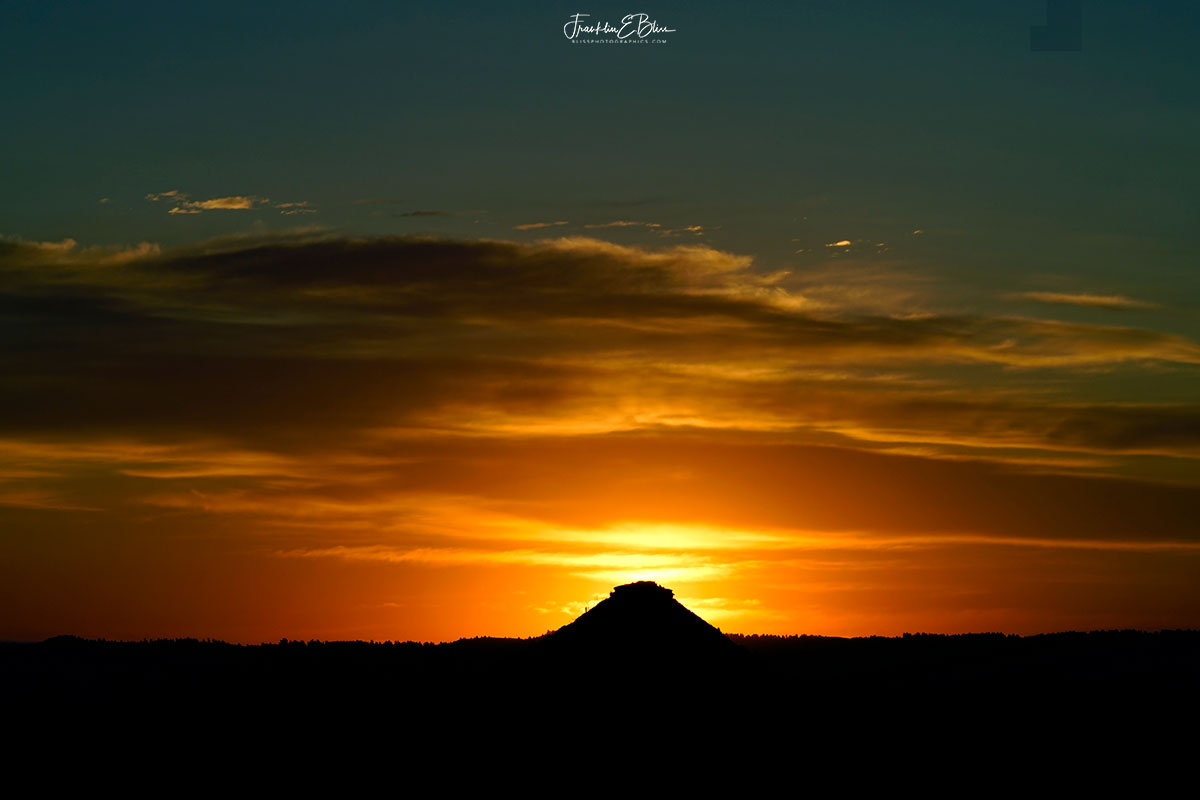 Fiction: (Did I mention this is fiction.)

The drums beating in the distant past as the northern most Mayan Pyramid is back lit during the summer solstice. Crowds gather at it’s base in anticipation of the sunrise of the longest day of the year. The humidity mid summer was oppressive in the heat even up here half way between the Equator to the North Pole. Insects buzz around and things that slither in the night are awake. Mountain Lions call in the night. . Whole house holds emptied predawn for the sky spectacle around the main structure of the community. Heavy vegetation lines all roads leading to the pyramid. But no electric lights means it’s dark till sunrise.

Starting 1800 BC and Lasting to 900AD, the Mayan Empire had the largest most sophisticated culture in South America. This image COULD be the last northern most outpost up on what is now the Wyoming/Montana border. The Mayan certainly would have liked to built Pyramids on 45th parallel….. 🤔🤔. They might have to dress a little more warmly however. I’m thinking a whole new wardrobe up here lolol.

Back to my normal programming. 😜😜😜

This of course is a very dark image because it was a very bright scene. There was enough difference in illumination though that it was impossible to pick up detail in the shadows. Exposing the highlights properly is the main thing I try to accomplish. Deal with the shadows later… I prefer silhouettes than to have too force detail out of the dark in the digital arena. It was a striking scene to see live.

*Oh, this is a sedimentary rock Butte made of sandstone by mother nature. The hard caprock let it resist erosion. It is not a pyramid.