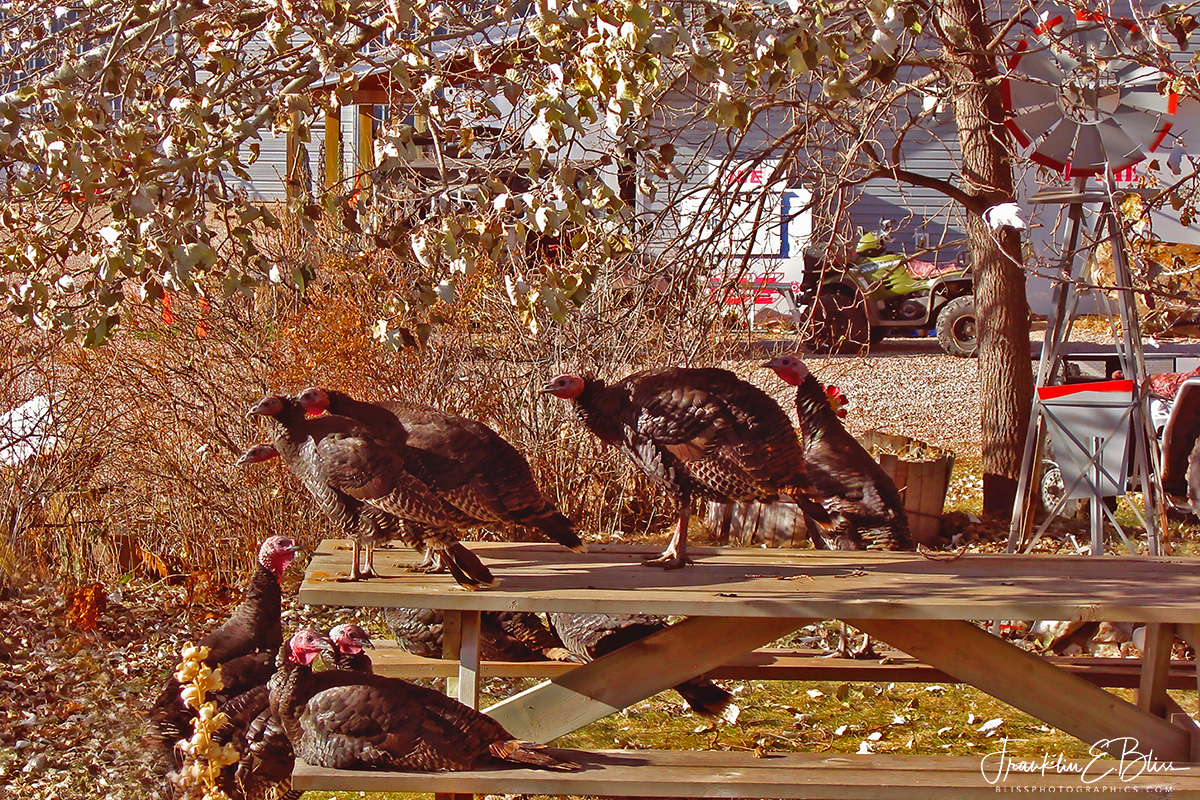 I obviously let the word out that there was feed in my barnyard from which I feed my flock of ducks, chickens from. The turkeys somehow found out about it through their channels. So these freeloaders come by now and again to supplement their diet. They fly over the electric fence. I’m still trying to figure out how they learned that. This is our side yard about 50 feet from my west side door.

I wonder if they know they significance of having ten (10) genuine Native Americans over for dinner. Here in America for a LONG time before humans. After all they almost becoming the national bird. Benjamin Franklin wrote a letter to his daughter where he stated that the turkey was “more respectable” than the eagle, which he thought was “of bad moral character.” He argued vociferously for it. The turkey would have been on coinage/buildings/seals from the beginning. That instead every artistic portrayal of a regal eagle has been done since. The Eagle won, instead of the majestic soaring turkey (oh wait), well at least they are brave. Boy that snood is quite a protuberance as well lolol. . The males are plain annoying at times. I see dinosaurs in them.

Surviving the major extinction of the Megafauna at the end of the Pleistocene, the turkeys had a humble beginning in the Early Miocene. Their ancestors went back to avian dinosaurian history though. The Miocene was a time of high CO2, high biological productivity, and rapid growth of new species development from 22-9 mya.