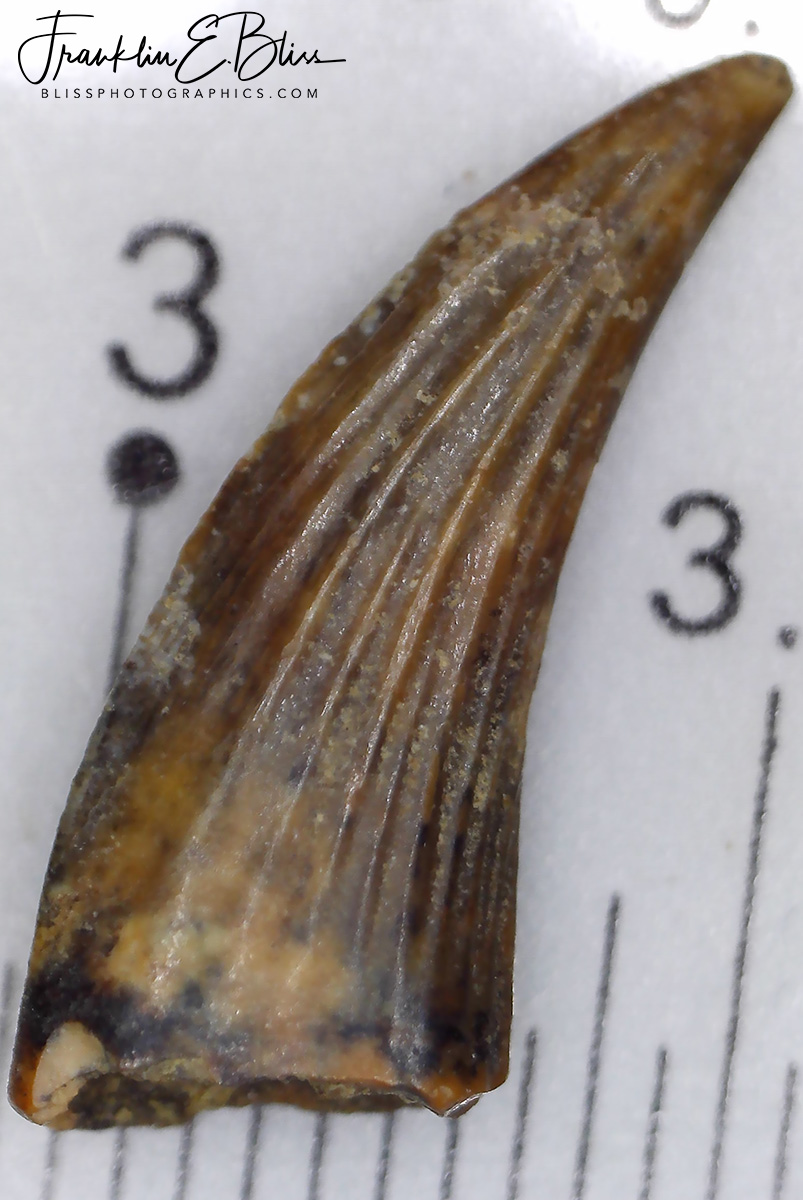 OK, it’s not a Chicken from Hell tooth, it’s a Paronychodon sp. (Larson 2008) tooth from the Hell Creek/Lance formation. From my “backyard” The scale is in inches.

Paronychodon besides being rediculous to spell, is relatively hard to find fossil dinosaur tooth. You’ve heard as “Rare as Hensteeth” before? Payonychodon was an Avian Dinosaur…a bird with teeth, claws and a tail with feathers covering it’s body. Sort of a big turkey with inch long teeth/tail. I’m thinking they wouldn’t be a good addition to the modern turkey. Anyone that hasn’t seen human habituated turkeys interacting with UPS drivers (for instance) doesn’t have access to youtube lolol. Some wonderful videos are out there with turkeys chasing just about everything. So just add some teeth to the equation….great lololol. 😂

There is a rumor that dinosaurs went extinct at the end of the Cretaceous. Let me clarify that a bit.. Most dinosuar died during that punctuated extinction event. The ones that are still flying around us survived the extinction obviously. A quick comparison of T-rex anatomy and any modern bird will show MANY similarities in bone structure, utilization of lightly built mostly hollow bones for weight savings while maintaining strength. The comparisons can keep coming. Just look at any modern bird toe bone and compare it to a t-rex toe bone. Except for size….they are about the same design built by the same engineer.

This little tooth belonged to a flying, fighting carnivorous meat eater with a bad attitude. The only fast food on the menu was the stuff that got away. No 7-11 on the corner in the Cretaceous up here on the Montana/Wyoming border.

Location: Bliss Dinosaur Ranch, Site 9 by my field notebook. Surface. Cretaceous, HellCreek/Lance formation. Pretty much on the border of Montana/Wyoming.