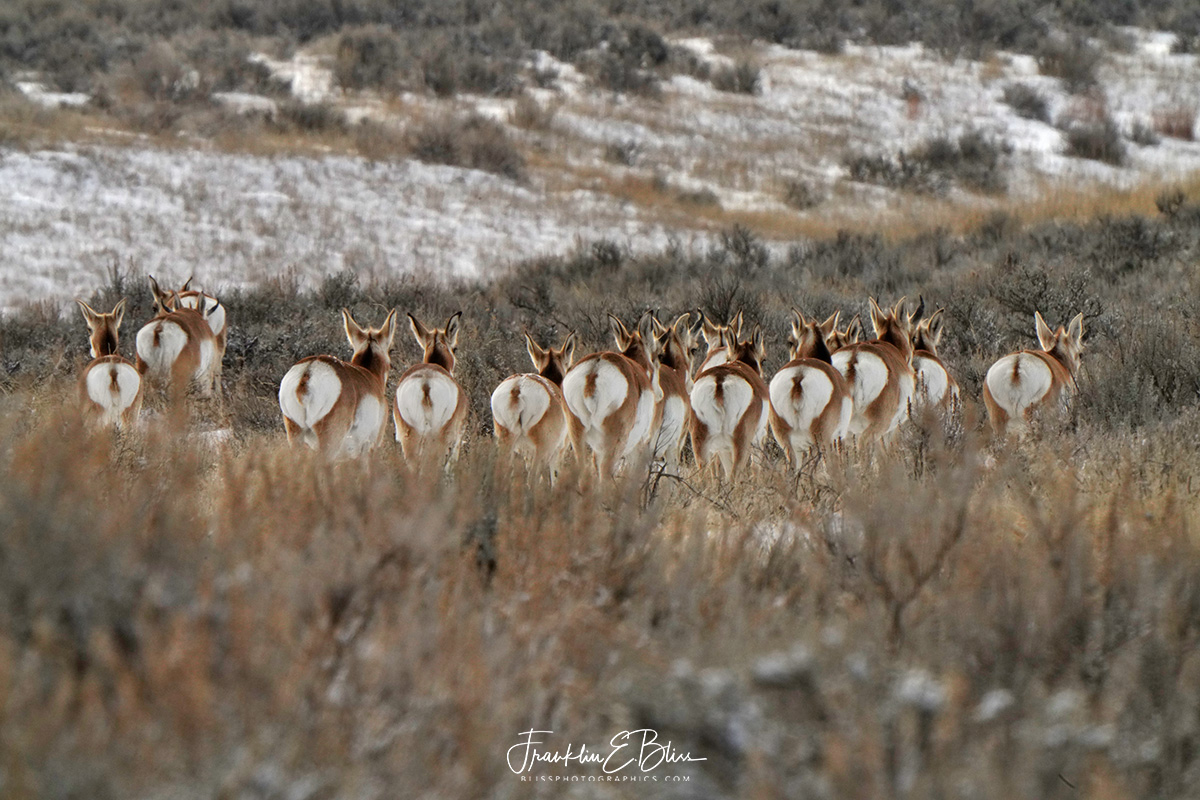 If you were to go out and try to shoot a photograph of migrating pronghorns… There is a 90 percent chance you will see the north end of a southbound Pronghorn if you try. This mixed group of guys and gals that just crossed the county road in front of my vehicle. There were hundreds in the string and I have several images from the front and crossing the red county road. None of the group jumped the fence line they were crossing. All to an animal waited patently on the one in front going UNDER the fence. I watched about 100 cross the road one animal or two at a time.

These guys were all walking away on their long traveled route. Taken down in the ThunderBasin National Grasslands from the country road. All vehicular traffic remains banned from the Grasslands. This reserve covers hundreds of square miles. This is literally part of America’s Serengeti. There are several thousand pronghorn that move down there for the winter. . I don’t know the official census but I’m betting those numbers easily. Just a few oil wells and stock tanks dot the landscape. An occasional stock tank flows year round and there are some geothermal waters that they drink in deep winter.

This large area of no human intrusion lessens the stress on the Pronghorn. The winter is bad enough with out large herds running away from humans. Every calorie is important.