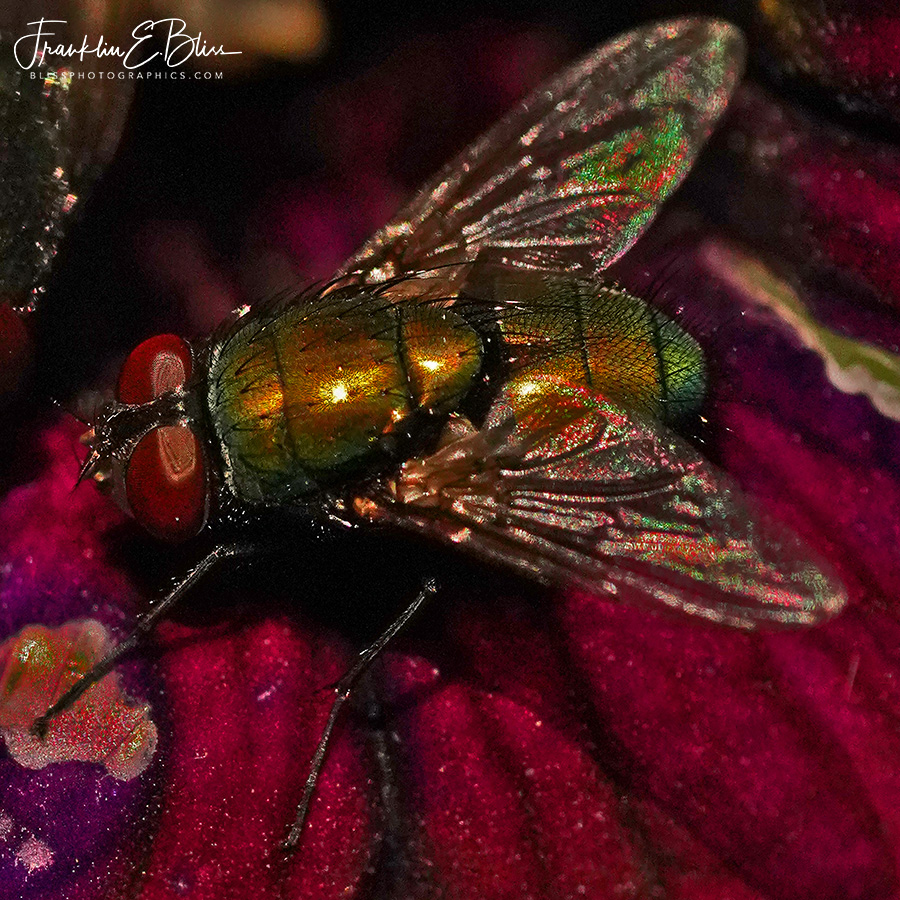 Getting this close to a fly isn’t that easy. Usually they live up to their name and “fly away”. Truly not many insects like a big one eyed lens stuck into their face. The movement no matter how small triggers their built in escape and evasion mechanism. Flies pick random escape vectors to get away from danger. Really bright lights help as it tends to blind them too.

One of my macro-lenses has a bright ring of LED’s around. I’m sure it has the appearance of the sun incoming at the fly. Blind the fly and he won’t move as you approach is my take from this. The temperature was warm so he wasn’t torpid. So distraction, blind your subjects and move slowly is the lesson lolol.

Flies are never a “popular” image because they are generally nasty creatures. However they are engineered by the master of engineers

Three engineers are arguing which is the oldest of the three disciplines, mechanical, electrical and civil engineering