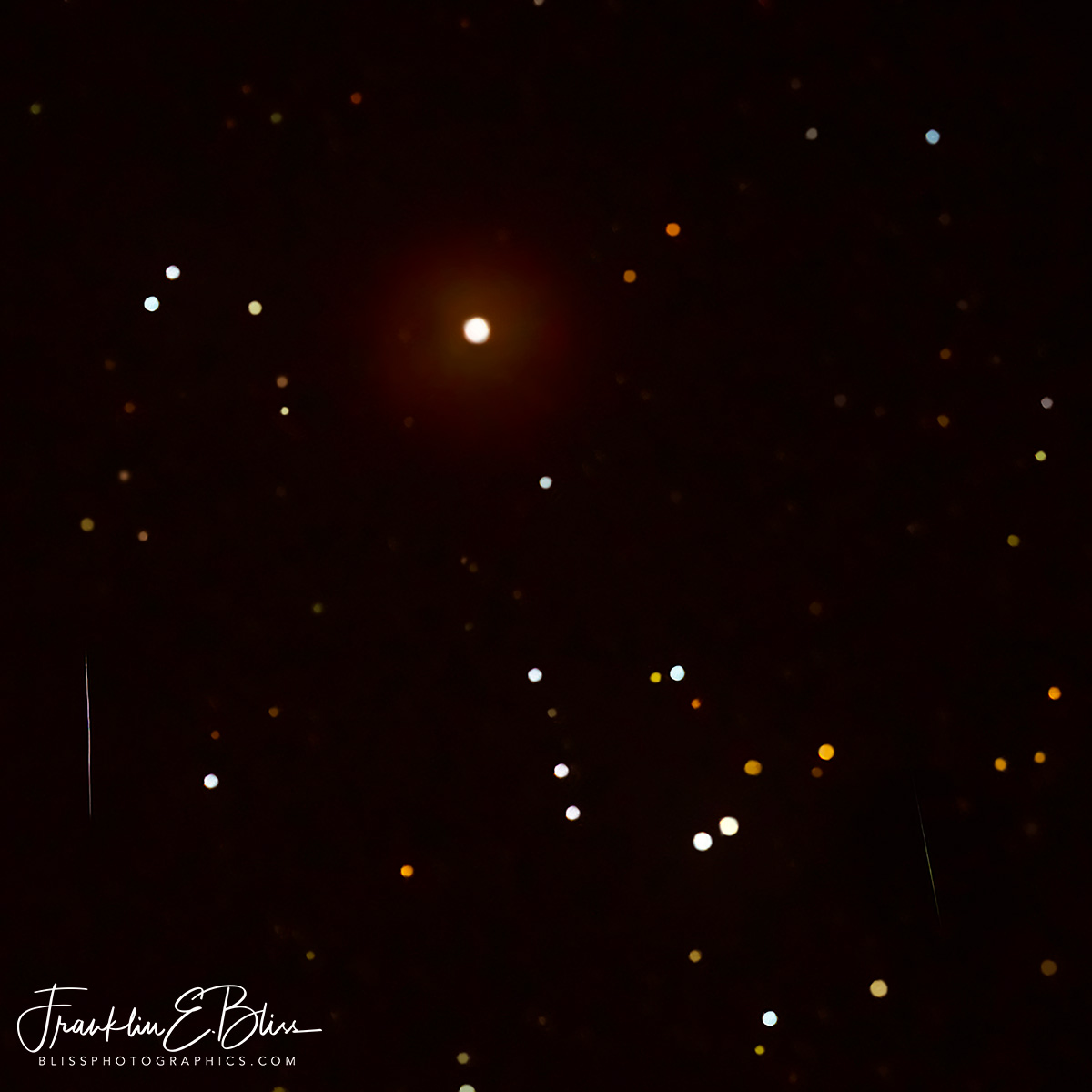 It’s not too often I get out my 12 inch Meade LX-200 (100 pounds assembled), with a Sony Alpha 7RII attached to the 1600 mm setup (widest) December 2019, in the cold and snow. When I do, it will be chasing comets I can resolve…. This one was sort of my Naked eye visible but this is a several minute time exposure at a low ISO tracking with the polaris aligned big fast scope.

The comet is the big blob just above center. It’s coming right at you so it is a bright nucleus surrounded by the tail which is trailing exactly behind the core.

Comet 45P/Honda–Mrkos–Pajdušáková is a short-period comet discovered by Minoru Honda December 3, 1948. It is named after Minoru Honda, Antonín Mrkos, and Ľudmila Pajdušáková. The object revolves around the Sun on an elliptical orbit with a period of 5.25 years.

I actually photographed Halley’s comet extensively back in 1986 when it came by the earth on its long period of every 75 years. 2061 is a long time away. I have a print on the wall but I’ll be durned if I know where the negative is lol.

My skies are darker now but I don’t shoot a lot of night stuff so this is sort of a rarity for my camera time. I do this kind of stuff just a few times a year if I can work it in. Just have to sleep sometime lol.