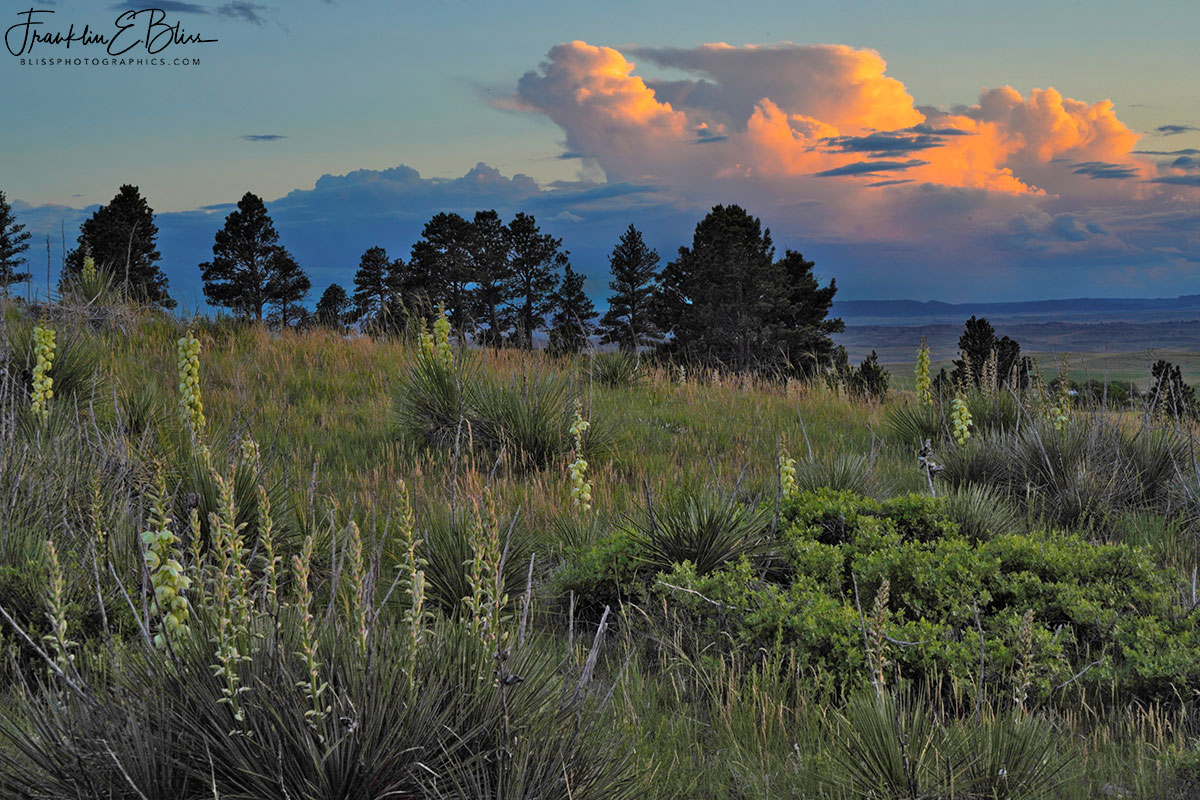 Up on the highest ridges here in the borderlands, besides the view, I see a myriad of habitats. Large patches of Yucca (Spanish Dagger, Our Lord’s candle, Joshua tree, and Adam’s needle.) exist here with a large wild rose bush (rose hips) on the eastern slope (less hot) of this ridge. The tall yucca flower stalks provide a majority of the food for the Ungulates up here (Mule Deer, WhiteTail Deer and Pronghorn) Elk eat them too where Elk habitat exists. There is a small herd somewhere near here. We also have itinerate bulls come through now and then.

This eventing was one of smaller storms moving through mostly miss rather than hit. We stayed dry that evening (notice a theme lately with the dry thing?). We got .6 of an inch a few days ago as I type this. It would be nice to have several inches. They yucca will do fine through the drought. It’s tough as nails.

For many centuries, yucca plants of various species have served American Indians for a variety of uses. Not restricted as fiber for rope, sandals and cloth. The roots have been used as a soaping agent. Whe food was short early Californian settlers along with Native Americans used the green pods for food. Native Americans boiled and baked the fruits, eating the blossoms, chewed the raw leaves. Apparently they had a technique of fermenting the fruits to produce a beverage for rituals.. Ummm . I actually think the flowers are fine in a salad. Never eaten roasted seeds before.