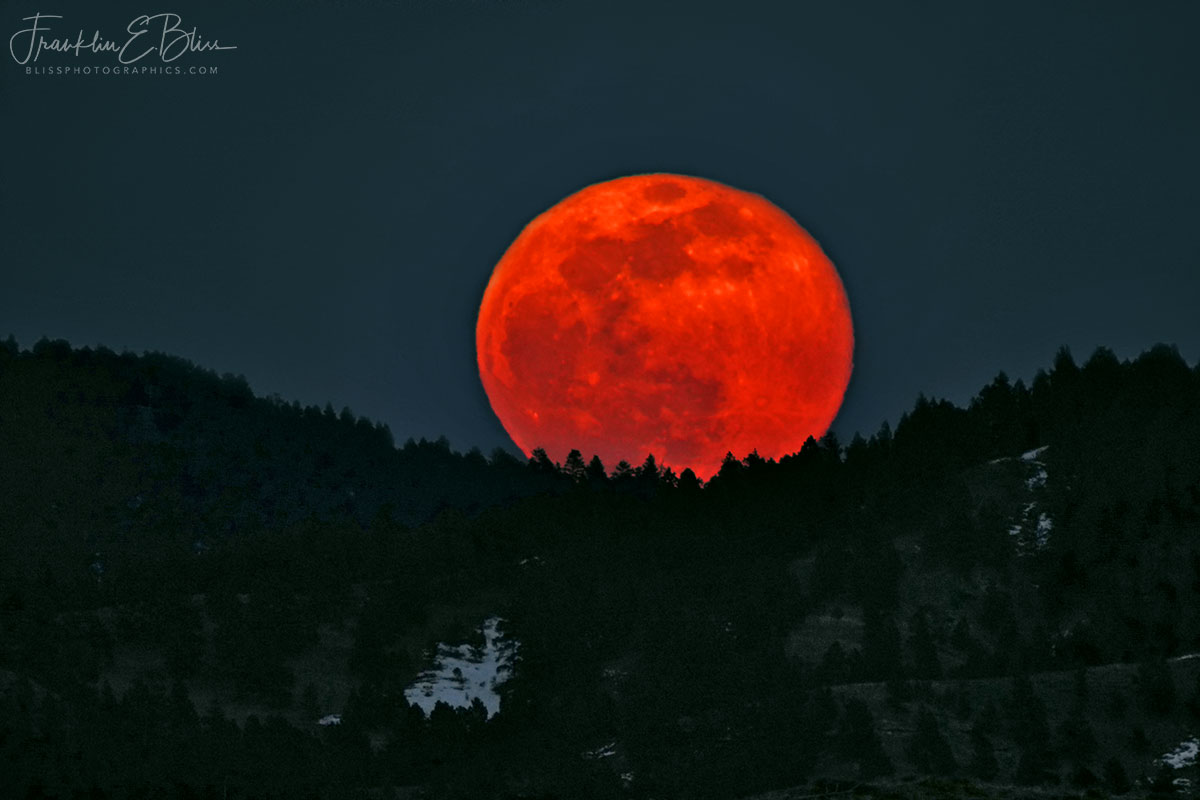 I knew what time and place the moon was to rise but it seemed to take FOREVER for the March 9th rising Supermoon. It was precisely this color. The same phenomena effects the sun. “Golden Hour” and better, the red light passing to the pink/red “Belt of Venus” alpenglow. That projected filtered to red light on the ice in the sky opposite of the sun. Same effect here but the moon to my camera. This resultant from the atmospheric gauntlet of dust, moisture of all phase states, pollution etc block out all but the red light. Lots less yellow light made it through in this capture.

Of course when the moon OR the sun is apparently this low, you actually seeing the celestial object below the line of sight to the horizon. The image is actually bent around the horizon. The atmospheric lens literally guides the image around the surface to my camera/eye. Getting topography/ hills and a celestial object to cooperate the same time can be challenging. …I know the topography I work pretty well after ‘working it’ for decades. Knowing the direction the moon is going to set is a matter of looking it up on google. Get a map, (in my head by now) and figure out “what two or three things” can line up.

I decide where to go early on but am flexible enough to change mid stream because I’m very mobile. Getting around in the snowy hills is a requirement for this job lolol. I never know WHAT the show is going to be when I go out with cameras. I do usually know WHERE an alignment will occur. 😄

This moon didn’t sneak up on me by any means. Getting up on the high ridges is of course the place to be for such a shot. The backcountry high in the hills provide all the topography and perspective that any photographer could need. Having free access to many square miles of backcountry WY/MT is always a good thing with a camera. Both States in this Photo.. I was lucky the weather cooperated with me as it disappeared into a cloud deck 20 minutes later not to reappear for over a day.