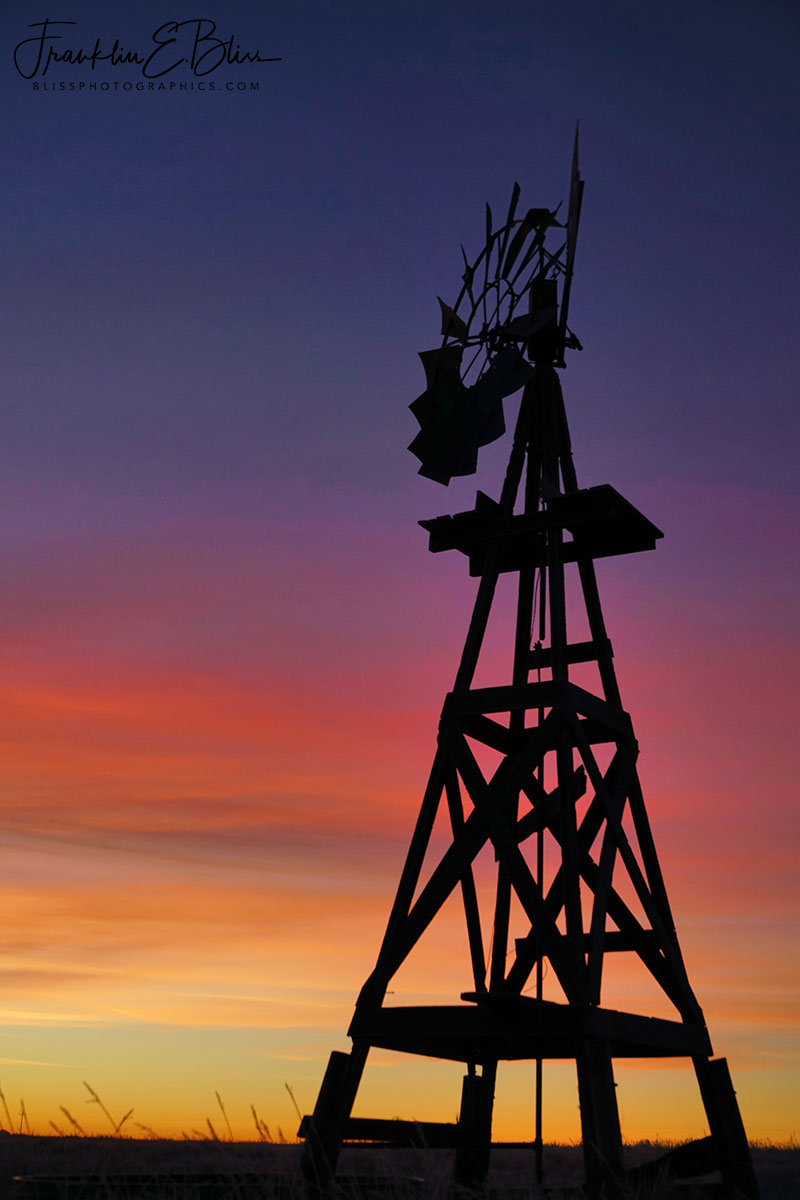 Windmill Junkies Unite: 🤘🤘📸 Don’t let your mother know you look at stuff like this…. 👀

A wooden Tower Windmill WAAAAAY out in the middle of Nowhere in the Backcountry. It’s about 20 miles from my homestead to work this one. Gravel Roads lead close to this but I have to leave the highway to get this close. It’s a LONG walk with camera gear…

WOW, I see a lot of lit up twilight skies in my work (that is what I do lol) . This was a good one…A real color scheme as I experienced the scene. This lighter/softer twilight not as intense as some but soothing none the less. Everyone needs some purple in their lives at least once a week. I actually don’t see real purple very much, the gradient between the red and the blue made it. Mixing colors on the sky’s pallet.

My photographic technique is to properly expose the highlights and worry about the shadow details later. The skies gradient from yellow to red to purple in amazing to experience live thusly stealing my total attention. Taken by a 60mm lens, this give the appearance of “SLIGHTLY” zoomed in. Resulting that the Big Horns do not look quite that large as they are in real life/naked eye. Those “hills” on the far right frame are 130 miles from the camera. They are also 13,000 feet tall ranking aside some of the highest mountains in Wyoming.