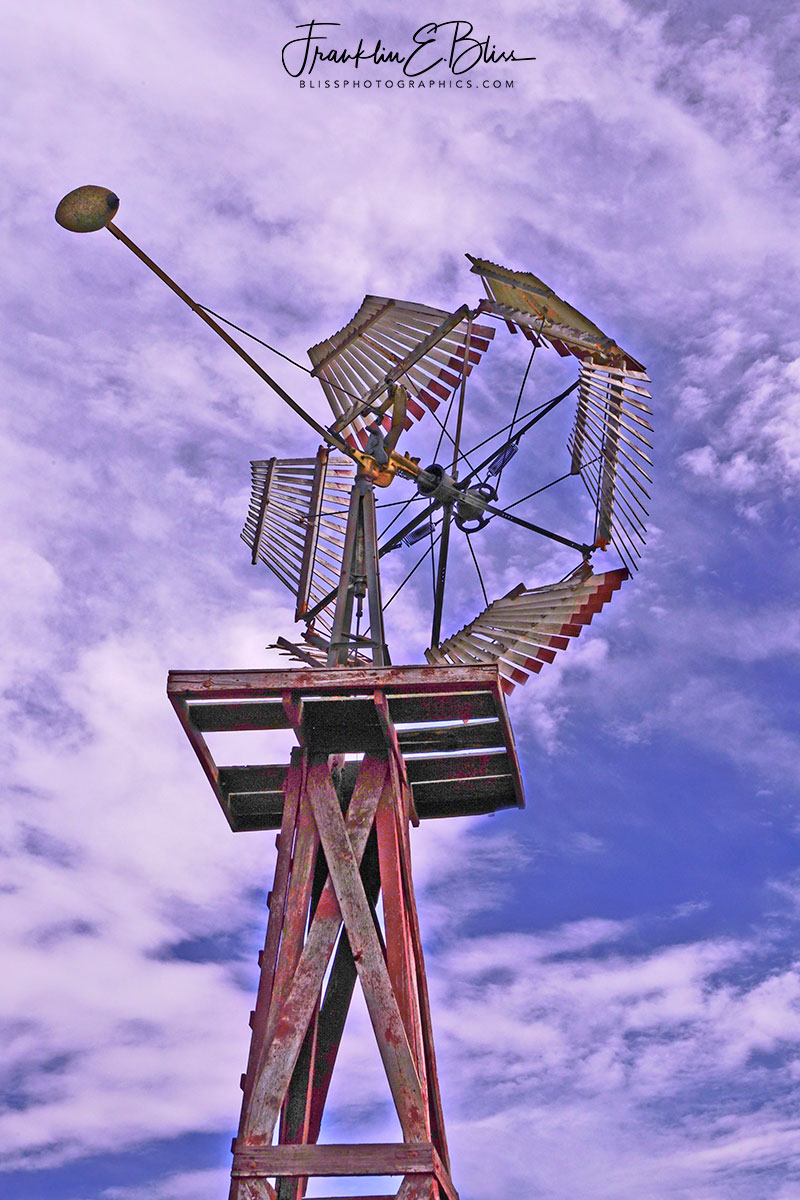 Windmill Fairbanks-Morris Circa 1870 (I think)

There are actually several models/makers of this and similar vaneless windmill that this one could be. I’m not sure which it is positively…

Windmill technology had been around since 200 BC in China. By the 11th century with big mills in Europe. To grind grain and drain swamps were their main use. The technology brought into Europe by the Crusaders returning home. By the 1700’s the industrial revolution using water and eventually steam power reduced their use considerably. (Notable exception for the dutch). But in the Early 1800’s the new settlers to the Great Plains of America had a use for the wind engines. The Emigrants from Europe brought wind power with them. The western frontier provided a crucible. Upon which the technology constantly proved it’s merit. Pumping water was it’s task.

In the American West, settlers used wind to do work and conquer the land that otherwise would be marginal without a water source for stock. By the late 1800’s and early 1900’s, small wind generated water wells were ubiquitous across the country. Almost as numerous as the mills were the companies manufacturing them great and small.

As rural electrification proceeded the number of Windmill’s declined starting in the 1930’s. We used a windmill in a remote pasture until 2006. We ran a water pipeline from an electric well about 2 miles to it. There is also a solar powered well on our ranch.