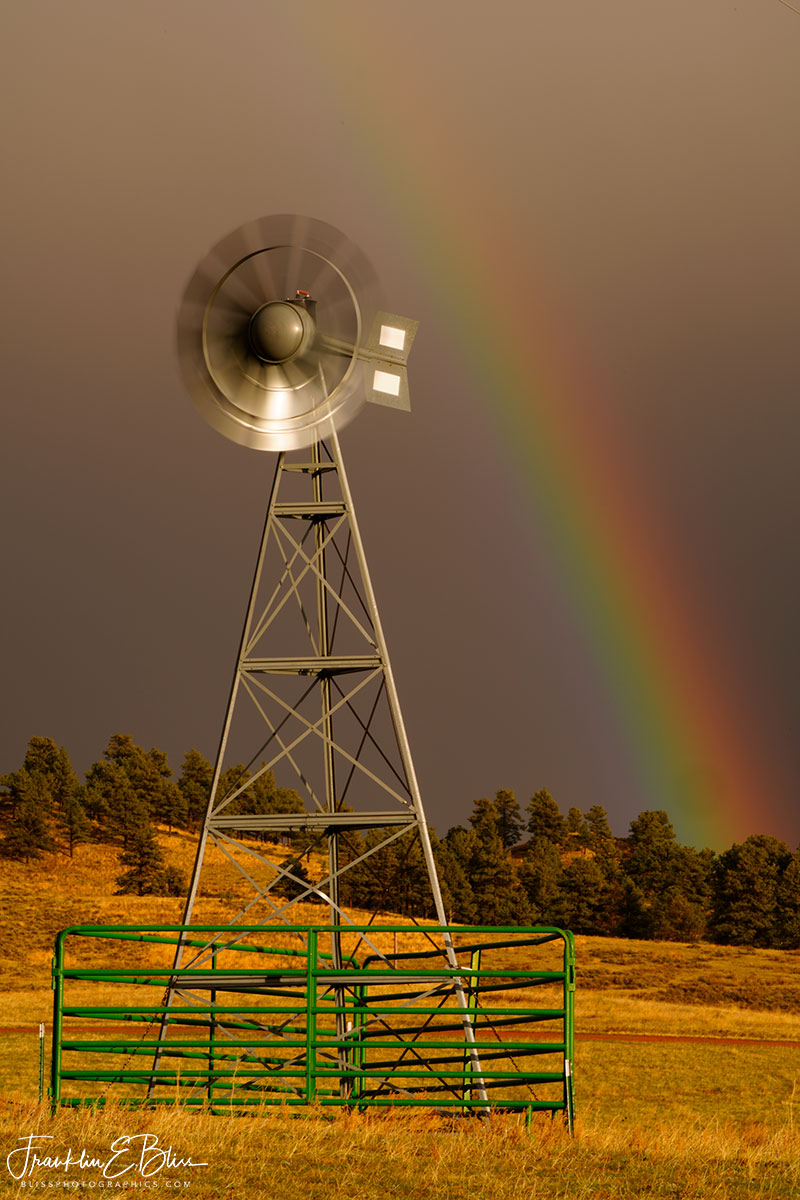 Windmill and the Rainbow

Late afternoon Rainbows are steep and tall. So is “Sneaky Pete” the Windmill as he photobombs my Rainbow capture. I have no control over his actions. I find that “Sneaky” is disproportionately present as a foreground object in my “Close / Far” perspectives. Part of that is he hangs out about 100 yards behind my north fence. It is the closest working windmill to my place. Secondarily, he really likes the publicity or so I have heard. But don’t let it go to his head. Being famous someday is his goal. I just capture photons in my traps.. 👅

This was actually a big storm so I was staying off the muddy two tracks. Trucks destroy two tracks if it is wet out even light trucks like “Clever Girl”. If it rains over a 1/10th of an inch, I stay on the trails limiting myself to better trails that have been graveled or the county road. I maintain a mile or so of graveled road that I have in various places on the ranch. Those will get me far but not necessarily up on a ridge. Only ridge one (the ridge behind the windmill) has a gravel road to it’s peak.

You can see from the color of the grass how frickin’ dry it is up here at the moment. It’s wetter just east of here. It’s dryer to the south. These summer storms either hit your or miss you. Four possibilities when summer Mesocyclones come through the area. Your getting nothing but a show. One, it might squash you with hail. Two, your might just catch fire from the electricity . The forth possibility is you get a nice shower but those have been rare on the roulette wheel of precipitation this summer. I got a some water, a rainbow and some wind out of this storm. Fair deal… ☯

Title: Windmill and the Rainbow