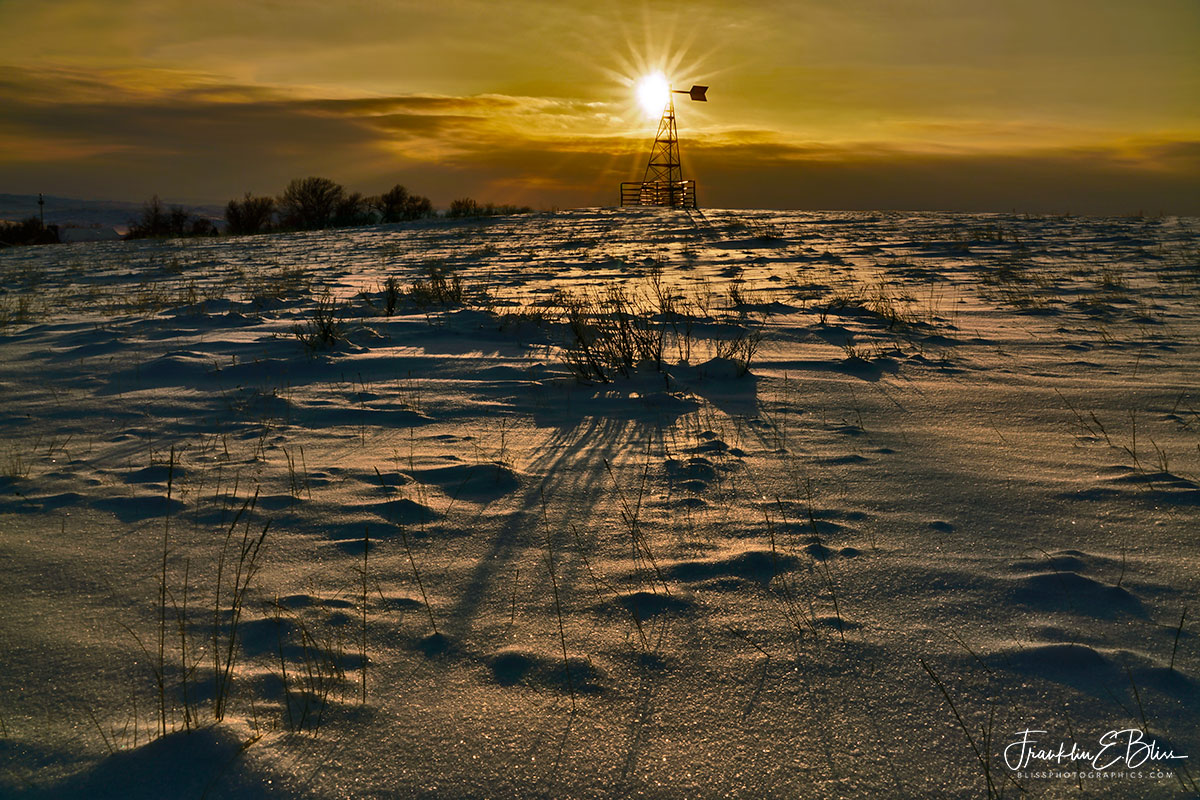 Satire: (Did I mention this is Satire?)

I see lots of things on the “way up the hill” to photograph sunsets. Here “Sneaky Pete” the Windmill photobombed my divergent shadow landscape yet again! (exasperated look on my face). He hangs out (mostly) about 1/4 mile up that hill I often travel to. I’m not sure how he manages to get into my landscapes but he seems to. I have no control over his actions…. 👀

Stories about “Sneaky Pete’s” accomplishments have spread far and wide. He has his legend and then there is actually living in the neighborhood with the guy. What happened here is he got a BIG idea about a Wind/Solar Hybrid invention and I think he was trying to communicate the specifics to me. I’m not good at translating him being much better with deer translations of stories than “windmillian”. Tough to communicate with him, he speaks faster or slower depending on the wind speed and that throws off my cadence…. 🤔😜😜📷 I have so much to learn…. I speak geology not Windmill…..

He is such an attention hound. In fairness though he is known as a skillful negotiator with the deer. He’s helped me before with various “deals” with the various herds to get them to sit for me I’m sure of it.😀

Back to my normal programming ….

So I was actually surprised by this capture. I technically was working those aforementioned divergent shadows with a high f-stop on a wide angle lens. The high contrast environment lends itself for a good perspective image. “Sneaky Pete” provides scale for the foreground which was my interest. Winter in Wyotana..