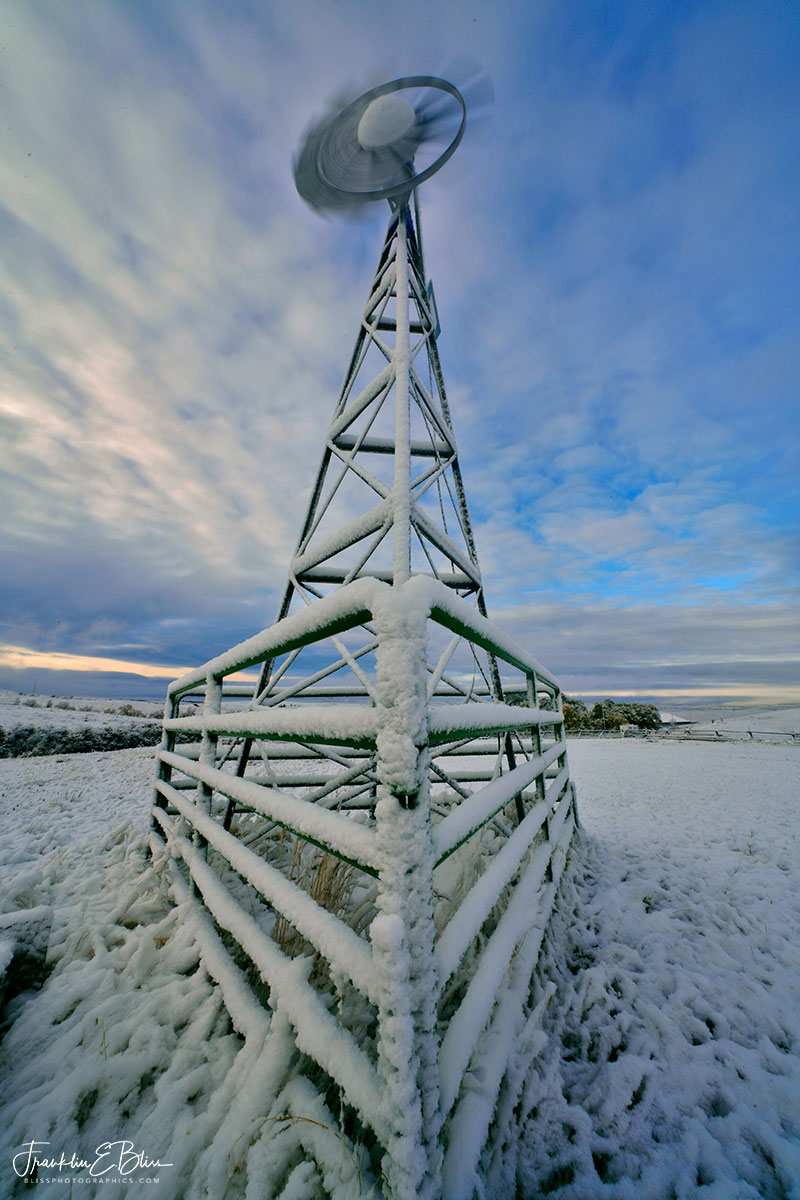 Windmill Wednesday: Windmill Junkies Unite 🤘 I’m aware of your addiction so I am working diligently to support your habit. Please don’t let your mother know you look at stuff like this….. 😜

Here “Sneaky Pete” took the full force of a sticky winter snow. He was operating blind with the cover of his sail covered. All the while spinning in the wind overnight.

As I type this there is a 5 degree windchill after the current coldest day of the year. It has NOT been a cold year so far here in “Little Siberia”. That “Moniker” was handed down to us. Thee previous owners of the ranch had generations of observations. . They were describing the tendency of this high ridgeline dry ranch. It always has more snow than the surrounding lower ground. Based on 20 years of observation living here, I would whole heartedly agree with their name and statement. It is colder and wetter up here than the surrounding ground in the winter. In the summer it’s a crap shoot as precipitation is usually from spotty mesocyclones moving over. Somebody gets the rain, others don’t. But in the winter, snow systems are usually pretty broadly spread around the region.

Winter ends in May up here. This year it pushed into late late may. Every season has been offset later this year by the current Solar Minimum.. We are just about dead center of the sunspot cycle low. Turn down the furnace and it get’s colder. Go figure 🤔📷