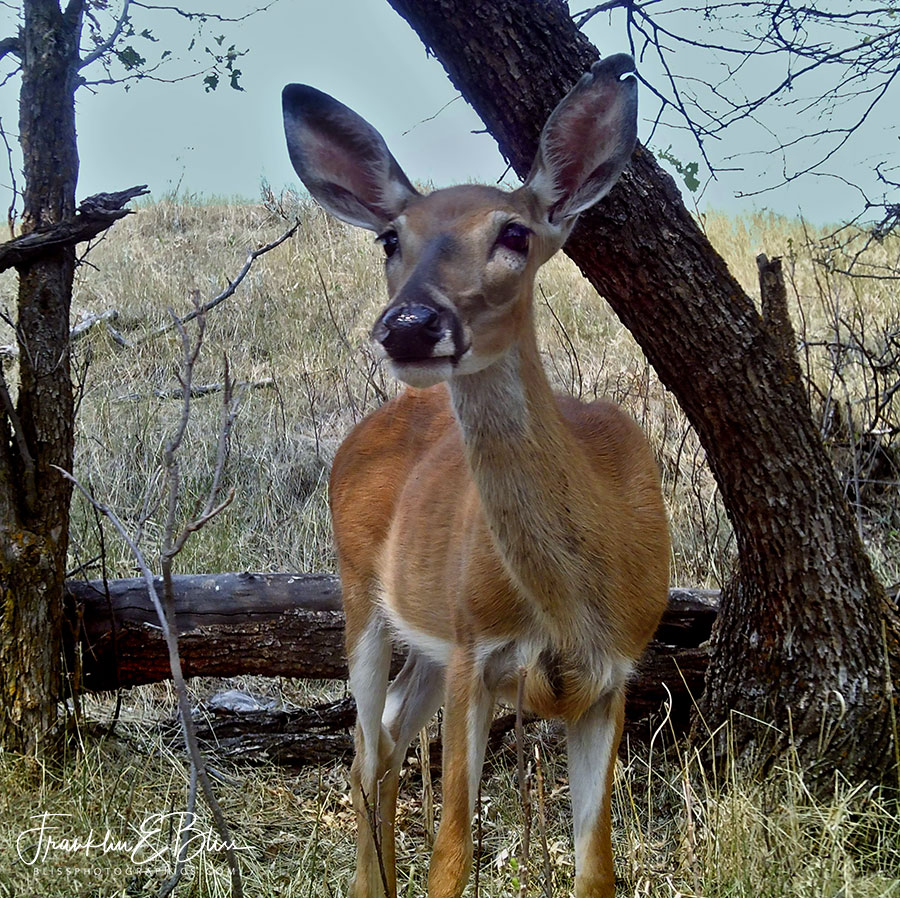 What Was That Noise

Here I caught Jean Doe (cousin of Jane Doe but misspelled… same letters…) with a game trail camera. Nice notched ear. You see, this was taken with a 360 degree camera that swivels internally toward movement. From detection to first click is about 2 seconds. Just enough time for a curious doe to look at the source of the whir with the corresponding click. The candid nature of the captures more than make up for the image issues from the Game Camera.

Now standard as a game trail camera capture, it’s an edgy image. . It’s a little overexposed in the sky, some movement blur on her face. None the less, I thought this was a REALLY good Game trail acquisition. Strictly an automatic camera capture too. It’s all about how you plant them and where.

It’s probably only going to be an 18 x 18 final though. Maybe smaller. But I’m loving the look of Jean’s innocent curiosity taking over. She is not perceiving a threat here. I just think she doesn’t understand how that “stump” (camo’d camera) moved and made a sound. Magic is high technology that is not understood. They get used to cars driving by but audible noise from a human contrivance is definitely interesting it seems. Her magic for the moment suffice to say. I constantly am amazed around here by unique scene appearing seeming at another’s will. Certainly I don’t do magic. I do sure as heck try to record it when it happens in front of my gear……

Title: What Was That Noise