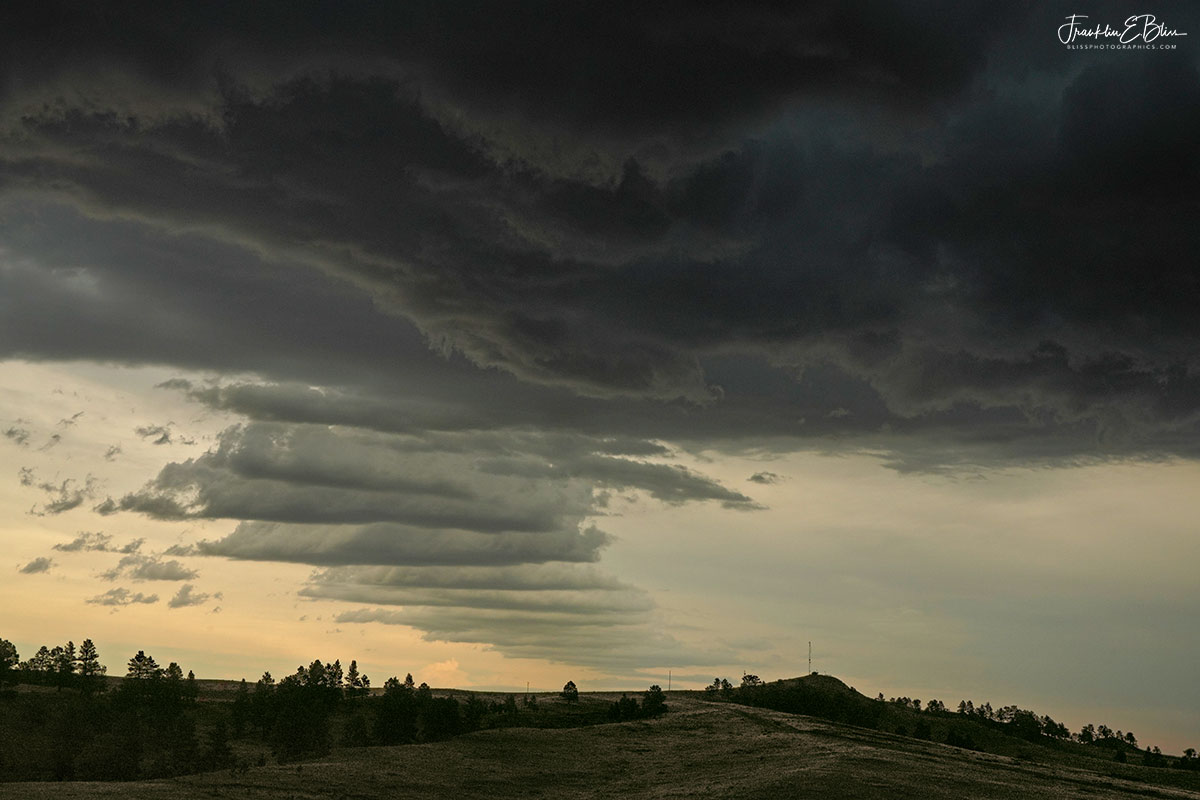 Waves in the Storm

This “Wave cloud” does not have a specific classification to scientists, there are various situations that form wave patterns. I’d call them “Stair Way to Heaven” clouds if the name were not taken already lol. (classical reference). Finding a stable thin layer of atmosphere that the temperature doesn’t get colder with hight. This stable layer can be disturbed by waves of adjacent air to move along it. Similar to water waves in a pond. It that stable layer has enough humidity, a cold wave crest will cause cloud formation. The cloud evaporates on the way down the wave. I have only seen this phenomena a few dozen times and never this well developed under a mesocyclone. Every other time it has been a herring bone sky under altocumulus sky cover. This was unusual to me anyway.

Another form of wave cloud is a lenticular cloud often accused of being UFO’s. Those are mostly formed over significant geographic high points (mountains, big ridges etc). Saucer shaped. But they are also related to these and a similar phenomena. I’ve never seen them trail 20 miles off into the distance before. That is the ranch communication tower about a mile from my position. This was an unusual storm that moved over for this. It was mostly wind and rain. No hail and little lightning. Not very strong but interesting none the less. I never know what I’m going to see when I climb up these ridges.

Title: Waves in the Storm