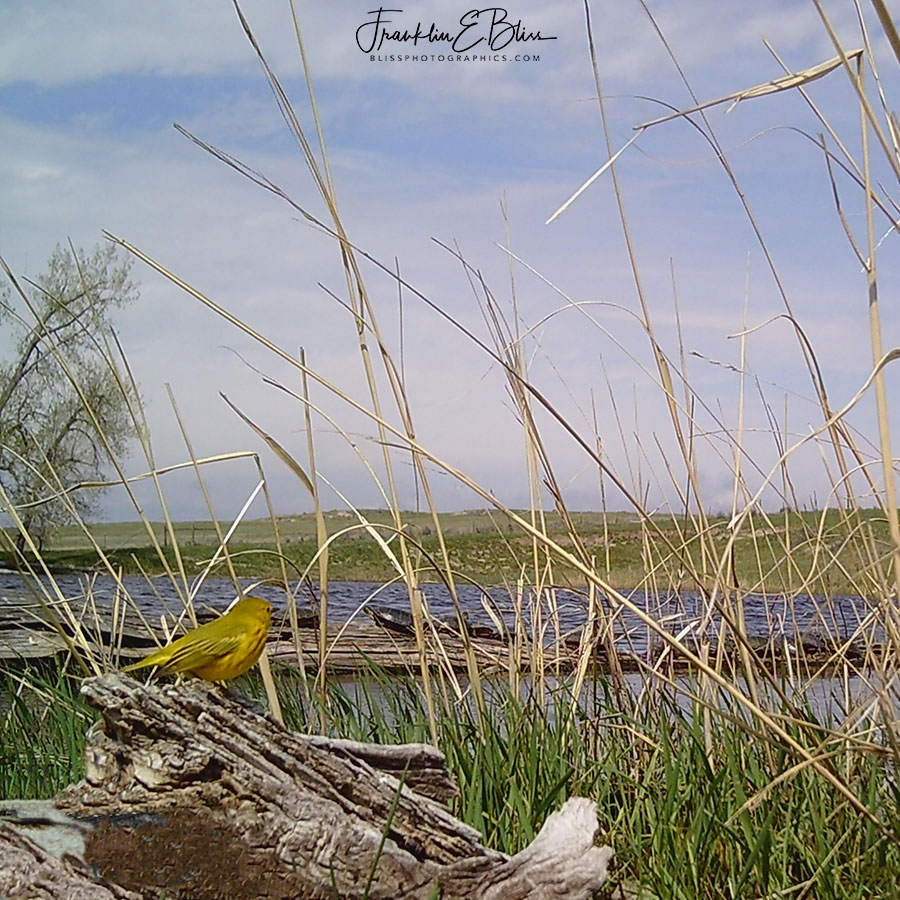 Warbler and Turtles Sunning . (I have a big backyard)

First of all this is a game trail camera capture from last summer.. I have several 360 degree cameras that sense all around them for heat movement. I set this up on a landing under a tree to take pictures about 90 degrees to this. The heat of the Golden Warbler’s body triggered the camera and caught in freeze frame the turtle race ongoing on the log behind the grass curtain. The Male Warbler with Chestnut colored patches on his chest is not a particularly common bird up here. I caught this one several times with this camera though. I run a network of 29 game trail cameras spring through the early winter months. I have quite a few to gather after the winter isolation. Most will be out of batteries for various reasons. I do get interesting images from them. 🤔👀📸

That is a bunch of Western Painted Turtles sunning. This year I’m walking through there with a machete before I plant that camera. The grass is obfuscating to the turtles but I will get them next time lolol.

I saw the first Pronghorn on ranch for the spring this evening on the way to this pond. I took images of an early arrival Great Blue Heron this evening that will take a week to publish on line. A week is my minimum turn around generally these days. The time of same day “take the image” and “post the images’ has long since passed lololol.