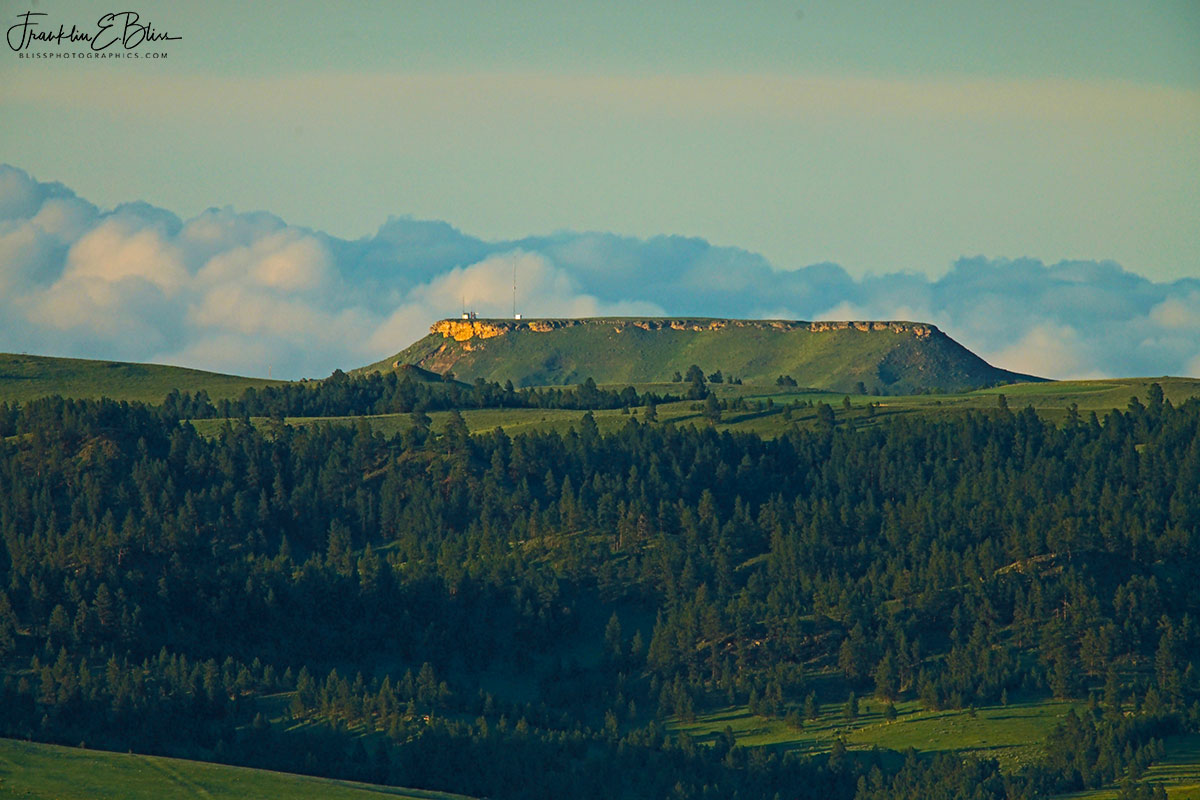 That HUGE butte (called “W” butte) is a southeastern Montana Landmark. Seen here from across the Montana/Wyoming border. The fore ground is in Wyoming. That mile wide Butte (in Montana) is at least 15 miles BEHIND that 400 foot tall old growth treed ridge. That ridge is 15 miles from where I’m standing for this capture. You can see the communications towers that are up there. They are 1 foot wide over the 150000 feet to those towers. I love how 1200 mm telephotos CRUSH perspective. Taken golden hour as the sun was setting shortly over my shoulder. Long Shadows and Long lenses… be still my heart…❤️

So about 30 miles distant from my camera stands the epicenter of what was at one time one of the largest ranches in the Country. That ranch named the “W” Butte Ranch, was said you couldn’t see the end of the ranch from the top of that butte. I suspect that is not true. My ground was never part of that ranch to my knowledge. I’ve only seen/have deeds back to 1906 though. I’m not sure before that, pretty sure gov’t had it.

That butte is capped by the Fox Hill Sandstone. That formation was derived from the Beach Sand the Dinosaurs were sunning themselves on. I expect to find those little umbrellas in frosty mixed drinks as fossils there. I see a host of sun chairs and umbrellas on that beach. Ocean sediments are on the surface east of there. Terrestrial sediments to the west of that butte. All Cretaceous in age. All three environments (sea, beach, and land) occured coterminously. Those are just lateral environments as we have today. They did migrate with time and have a complex relationship underground based on the gradual movement of the land based (terrestrial sediments) laterally. The google word for this is “Faces Geology”. It’s a complex concept. Have fun with that.