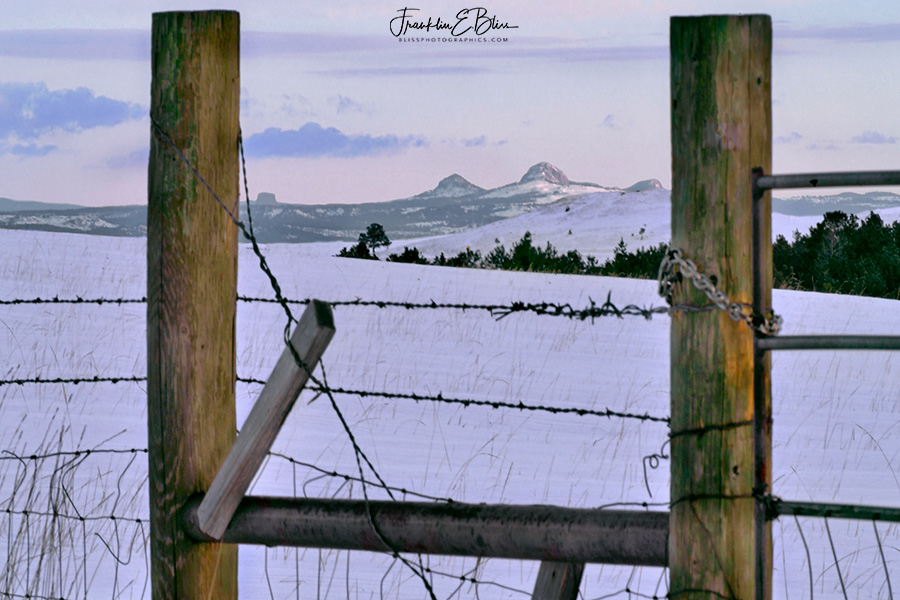 Volcanic Necks Framed and Braced is the real deal lol.

That is a fence brace, it frames, rustically here, 4 exhumed volcanic necks from the of Northeastern corner of Wyoming. The three on the right are of course the Missouri Buttes and the one furthest left is a little known place called Devil’s Tower National Monument. These 4 piles of hard rock that resisted erosion that removed all . This view is covering about 35 miles of landscape from this ridge.

This country is big. The high ground looks pretty close but those mounds of phenolytic porphyry are pretty big. These bumps on the landscape used to be buried by thousands of feet of sediments surrounding them and supporting hard rock volcanic neck up thousands of feet higher than it is now.. The soft sediments were removed all by the action of the Little Missouri River and the Belle Fourche River Drainage providing the bulk of that work locally. The soft rock is removed while the harder material makes mountains. That’s pretty much the way it works all over the planet.

We have quite a bit of snow at the moment….for early November. I would expect a very long winter as it’s already been a very long winter and it’s still just starting. Live up in hight the Wyotana borderlands can be chilly at times lolol. Never a lack of things to take photos of though 📸