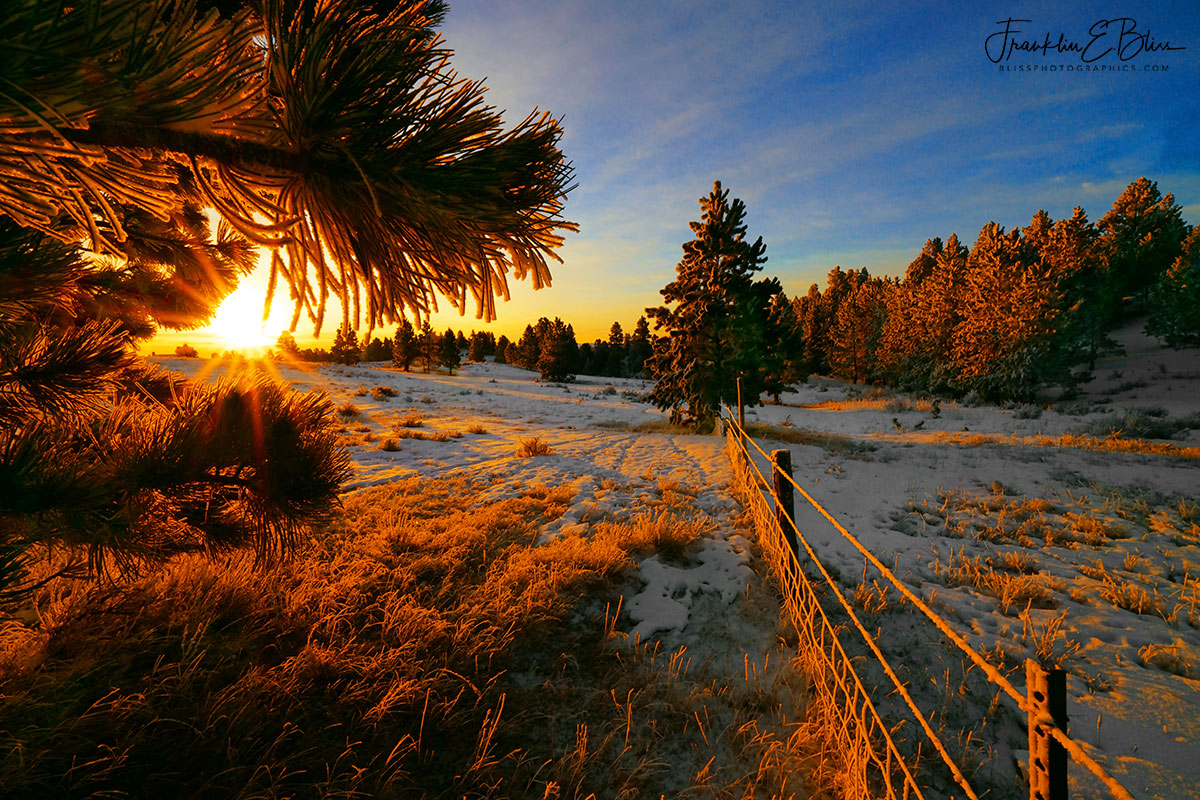 Up On a Backcountry Ridge

This kind of Close Far perspective is a favorite way to deal with first light of morning. Fortunately this ridge had a 1/4 inch of Hoar Frost covering all the vegetation. I call these coated pine needles “Pine Noodles” as it just seems to fit. Add a fence for the far vanishing point due to the distance and we’re good to go 🤘

The earliest light as the sun is just rising has a decidedly yellow color cast on this particular morning. The Yellow light projected through the Alpenglow phenomena low on the horizon shows the color of light refracted by the ice suspended there. Transmitted to the local objects, pine needles and fences coated in ice make a very good projection/reflection screen. This yellow color cast is not that common on local vegetation. Usually it presents only perceptible on the atmospheric ice.

Title: Up On a Backcountry Ridge