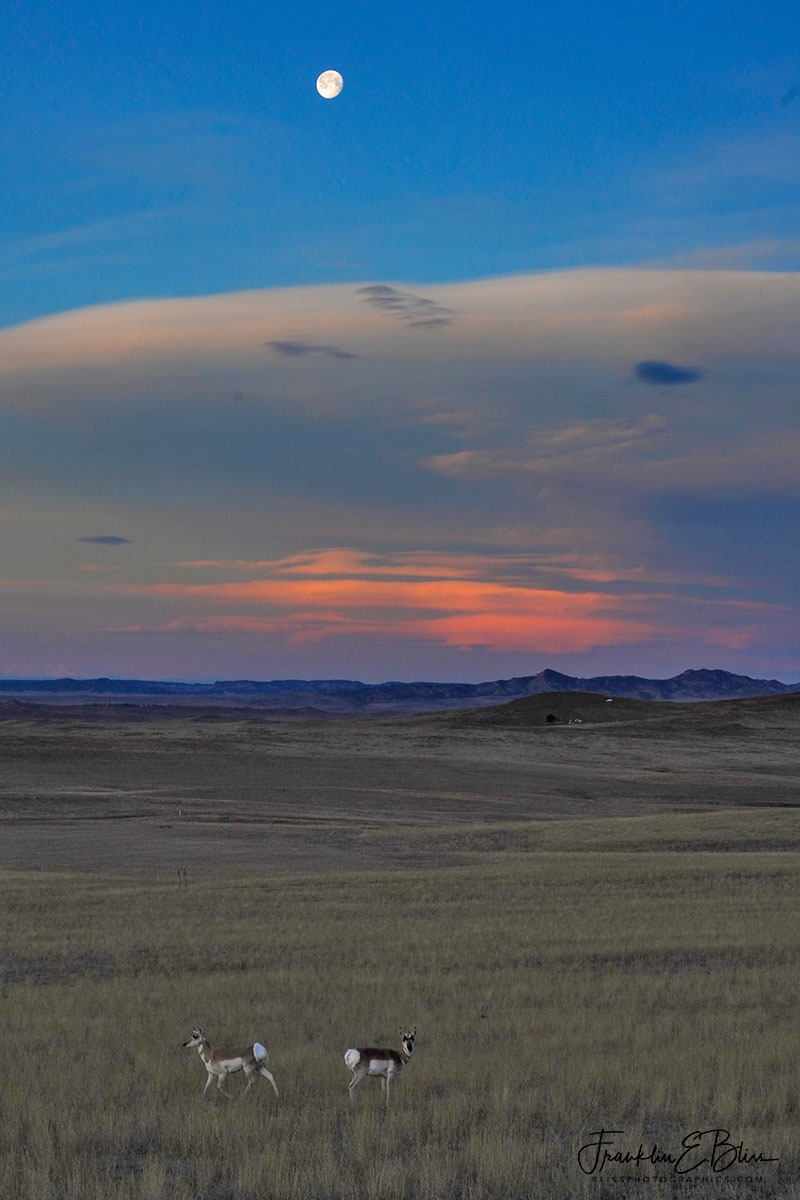 This is actually a morning back show looking at clouds sitting over the Big Horn Mountains 70 miles behind the dark ridge (the Red Hills) which are 40 miles distant. The cloud resembles a mesocyclone incoming and it was a weather system rapidly moving in on us. The moon was soon to dive behind the approaching spring storm. A mix of rain/snow and sleet proceeded to move in shortly afterwards that morning.

The moon here is a Waning Gibbous JUST past the full March Supermoon known as the Worm Moon. March is the month birds start digging worms out of the ground thus the moniker.

I’ve only hit ONE pronghorn in 20 years of driving these backroads of Wyoming. I would indicate that as a family we have hit 13 deer and 2 antelope in the same time. I have personally hit 4 of those deer. Total Damage in all those collision to my vehicle… A broken license plate bolt and a lot of car washes. I spend a LOT of money on really good vehicle bumpers. Saves my insurance company a bit as I have never had a claim on a vehicle. Does it lower my insurance???? Maybe….