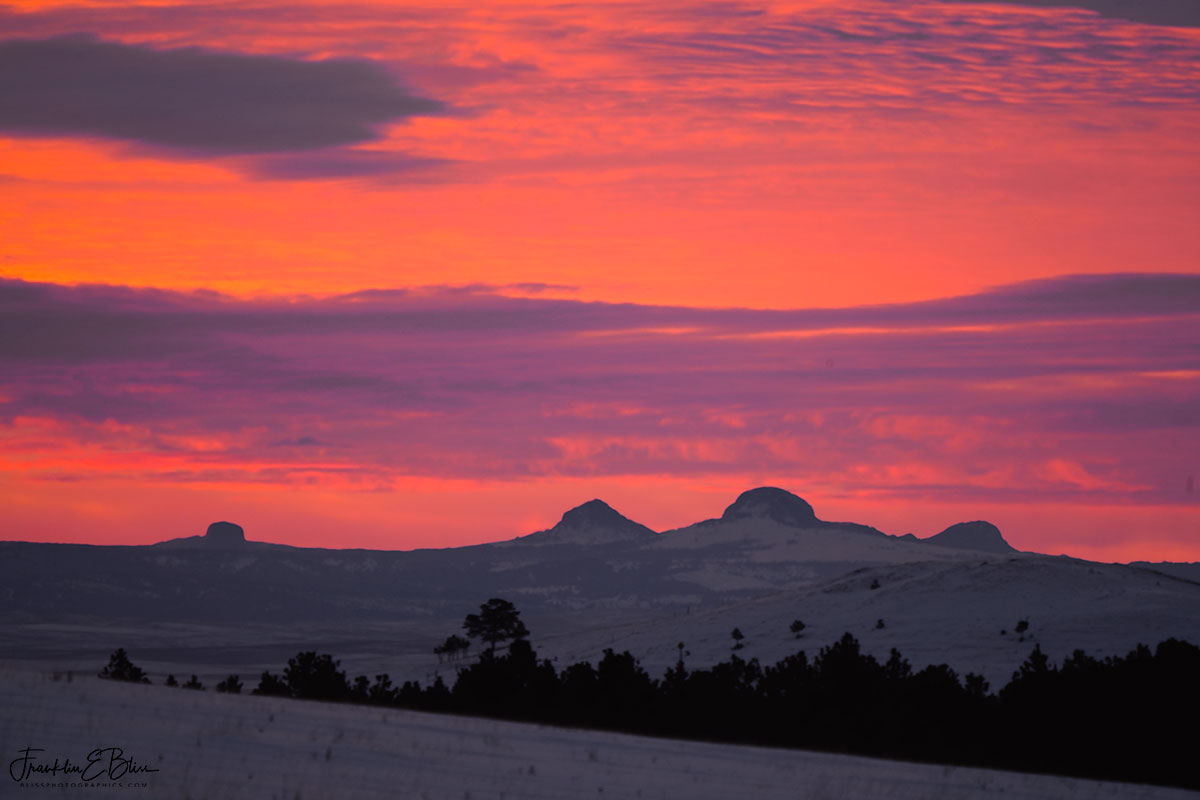 I travel about 10 miles to get to this high overlook. It is about as High up as I can get without tremendous effort hauling gear up cliffs. I’ll leave that for younger men. I do scrambling over loose rock as well as anyone but Climbing one of those is a tad out of my league.

This sky was Early Civil Twilight about 27 minutes before sunrise. Late spring snow cover. Everything was frosty.

Well you know those distant Mountains as Devils Tower (left) and the three Missouri Buttes (right). 4 ancient volcanos throats exposed by erosion remain elevated over the surrounding debris plains. The volcanos fed by these conduits didn’t erupt all at the same time precisely but were in the same general geologic time frame of a few million years. They are certainly all related and in the same volcanic “field”. Devils tower is 35 miles out from this spot…

Eruptions supplied by these pipes which occurred far above on ground that is no longer up there. Erosion removed a LOT of material that used to be above the Tower and the buttes. Deeply buried these rocks were originally. The harder rock making up the Eventually the pressure in the original volcanic system dropped to the point where it was not pushing magma up the pipes. Insulated by the surrounding rock, the magma froze slowly in place. Because of that insulation and the slow cooling, the rock (Phonolitic Porphyry) was able to “crystallize” and freeze into columns. Known for it’s columns, the Devil’s Tower has it’s status as our nations first national monument. The Missouri buttes only have SOME columns. Not as many or as well formed.