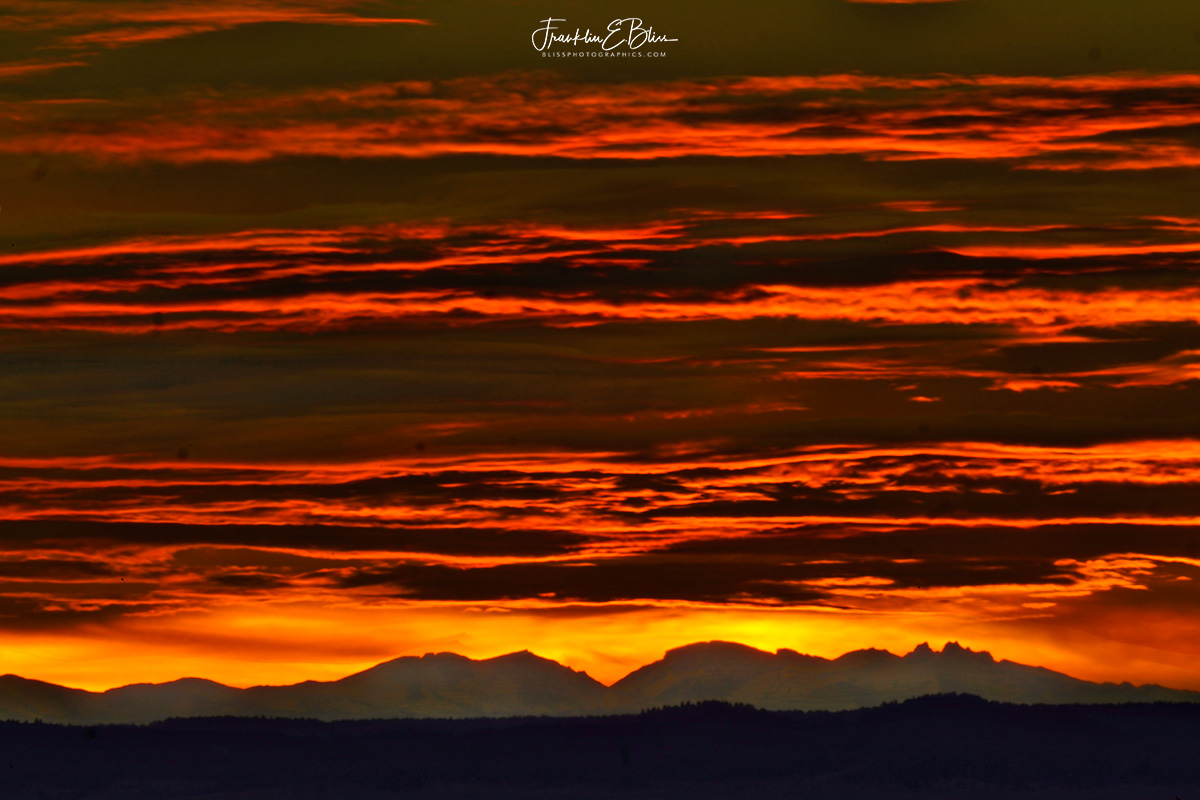 Twilight Over the BigHorn Mountains is of course a night sky in late civil twilight. The 13000 foot high peaks at 130 miles out from my lens. This is a 2 second time exposure and it was very dark out. Once the sun goes down, there is still an hour and a half sky show through the three twilights. You just need a good tripod and time exposures to see the show sometimes. I have photographed many of these from start to finish. This week has been incredible.

Title: Twilight Over the BigHorn Mountains