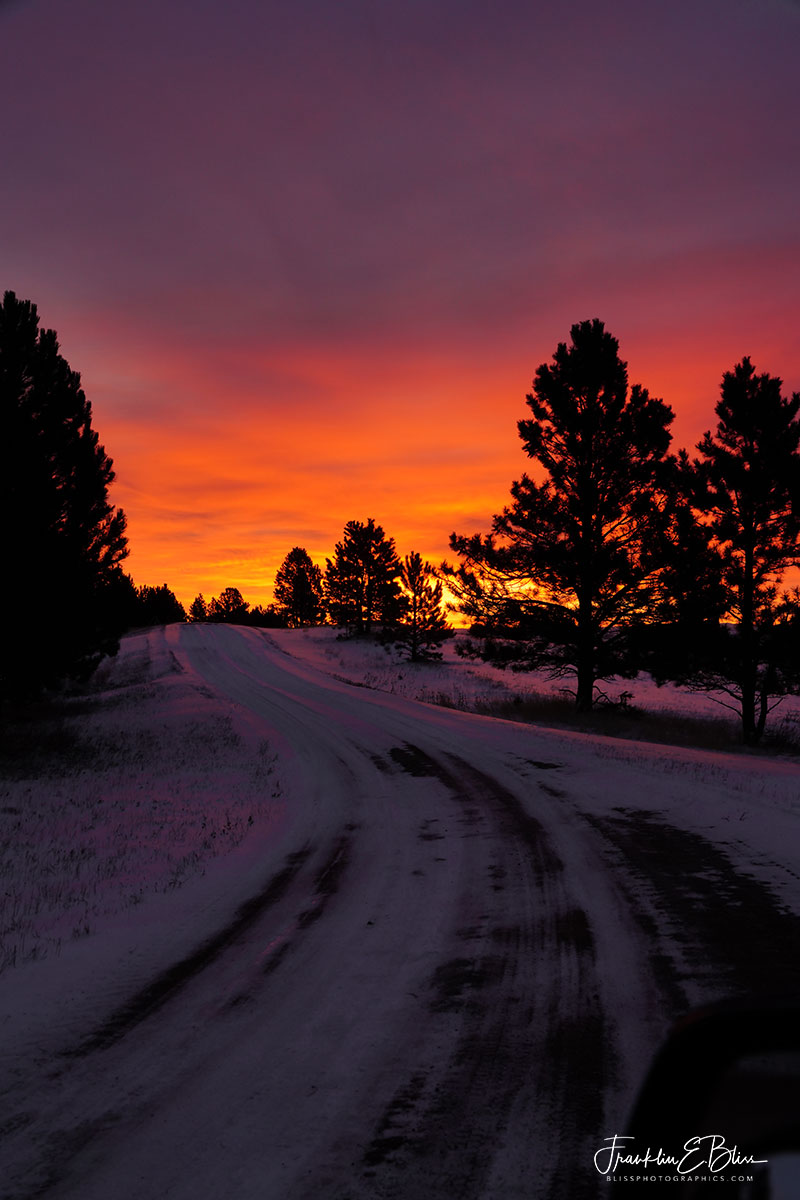 Some of the Post-sunrise evening drives to return home I take to get set up in beautiful locations I have photographed earlier. . This ColorCast evening was colorful icing on the surface of the ice and snow reflecting it’s qualities to my lens. This is a twilight sky after sunrise.