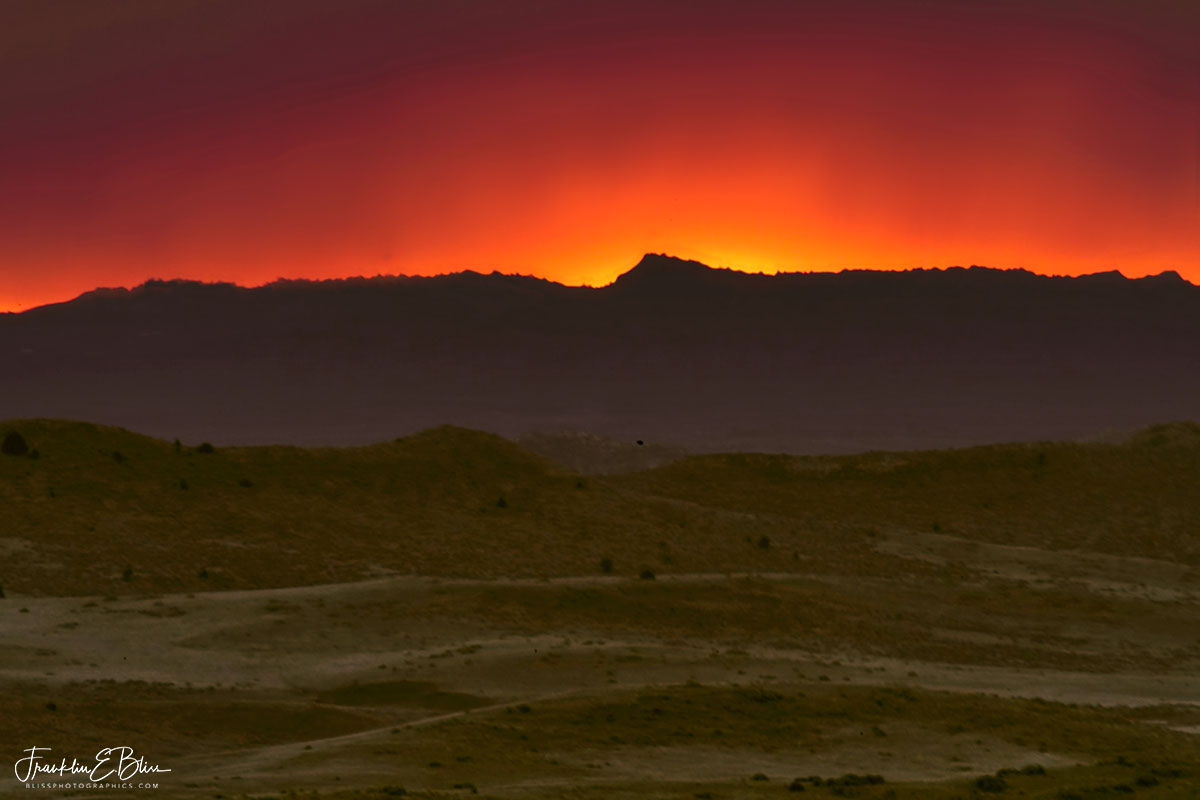 Twilight Afterglow of the Day

Living high on parallel ridges in the remote backcountry of Wyoming / Montana borderlands, sometimes provides Epiphany moments for my realization. Webster defines Epiphany as: Epiphany and revelation have many similarities in meaning; one sense of epiphany is “a revealing scene or moment,” . One’s sense of revelation is “something that is revealed.” However, epiphany may also mean “an appearance or manifestation especially of a divine being,” a sense not shared by revelation.

Seeing scenes such as this post sunset / dusk after glow of the day re-affirms my personal deep connections with the earth. Being somewhat earth “centric” as a lifelong geologist, my roots run deep into what is going on around me. I see processes integral in the turning of the wheel ongoing at all times. Those processes operate in the background without most being aware of them. Trust me on this…

I have observed that most inhabitants of large population centers have lost much of that connection with the land. Wisdom is, it takes three generations away from the earth connection to loose all functional knowledge of it. Survival skills acquired by generations our progenitors thusly lost to time. Those that came before us, possessed deep understandings of the turning wheel. This knowledge became largely abandoned as a result of high technology. Gathering food is now just a trip to the store. Thusly, now dis-used in urban society. Attributes disused become lost with time. Thus lost the connection to the earth and thus with ourselves as a result. 😔

It may come to pass that we like this twilight, remain as an afterglow of our passing. If this is our fate to be a beautiful afterglow, how could this be a better revelation? Or perhaps this is an Epiphany? 🤔 📸

Title: Twilight Afterglow of the Day