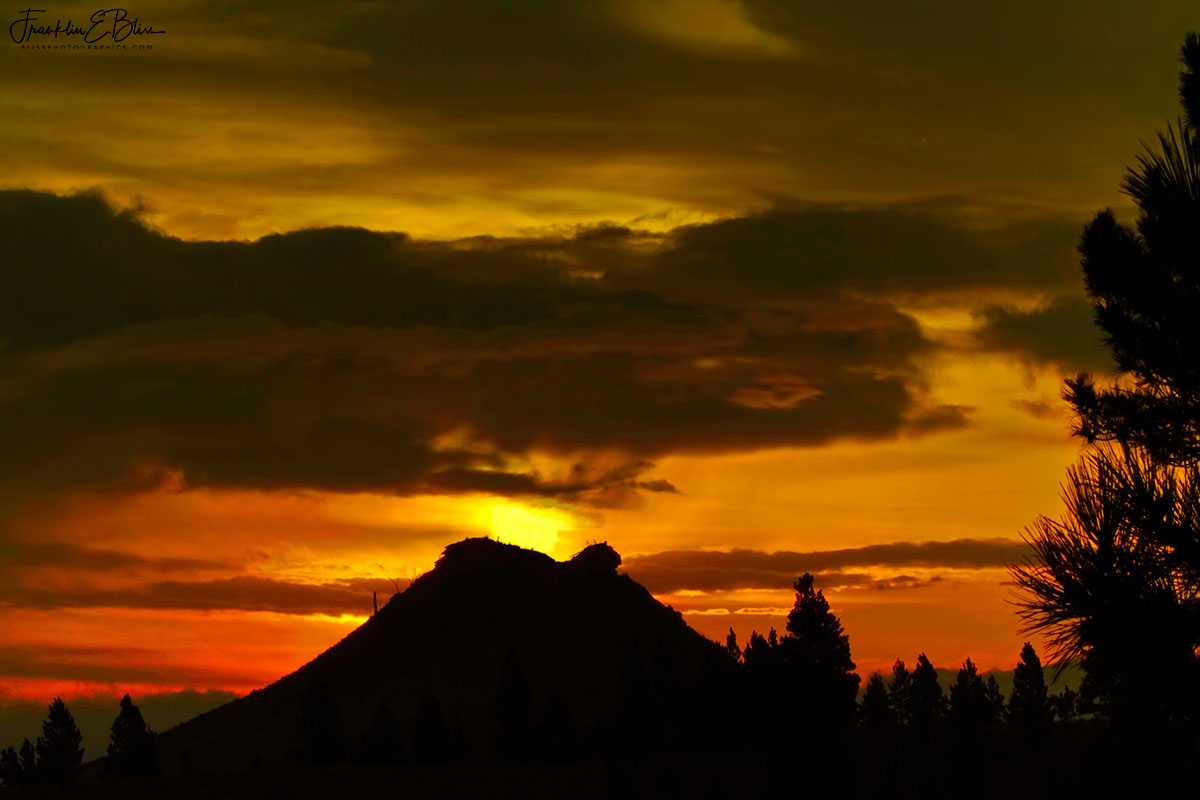 A volcano blows up on the border of Wyoming / Montana. Here we are 40 miles from the closest historic Volcanic Field and those haven’t gone off for a LONG time. I wake up to shaking the other morning and much to my surprise, was a local pyramidal hillock that was blowing it’s top. The steam was rising, the cauldron boiling. I anticipate pyroclastic flows, lahars, glowing red hot clouds and other volcanic manifestations similar to what buried Pompeii. Ash should start falling any moment. Maybe “Sneaky Pete” the windmill will save the day and blow the ash away… Back to my normal programming: OK, this is NOT a volcano.

A simple sedimentary sandy remnant, Turtle butte has great aspirations. But Alas I suspect turning into a cinder cone volcano is not going to come about in the scheme of things. If this were really a volcano, I’d set up an outdoor hot dog and marsh mellow stand for the tourists. I mean based on buffalo encounters at other volcanos, they like to get close to things a tad out of their league.  I wonder why it’s called “Turtle Butte”? 😜

The Volcanic Fields regionally are several and spread in various time periods. Some being of serious world wide significance. Yellowstone of course is widely known as a “Super Volcano” the explosion of which would create a rough few centuries afterwards. There are many smaller volcanic complexes of various ages around the region. A pipe here, a sill there. The 16 or so million year history of Yellowstone starting out in Washington / Oregon culminating with a hot spot in Wyoming/Montana/Idaho. The Snake River Plain showing the path of the hotspot and a sequence of volcanic calderas across the continental scale landscape over that interval. That is a whole different scale of event for another time.