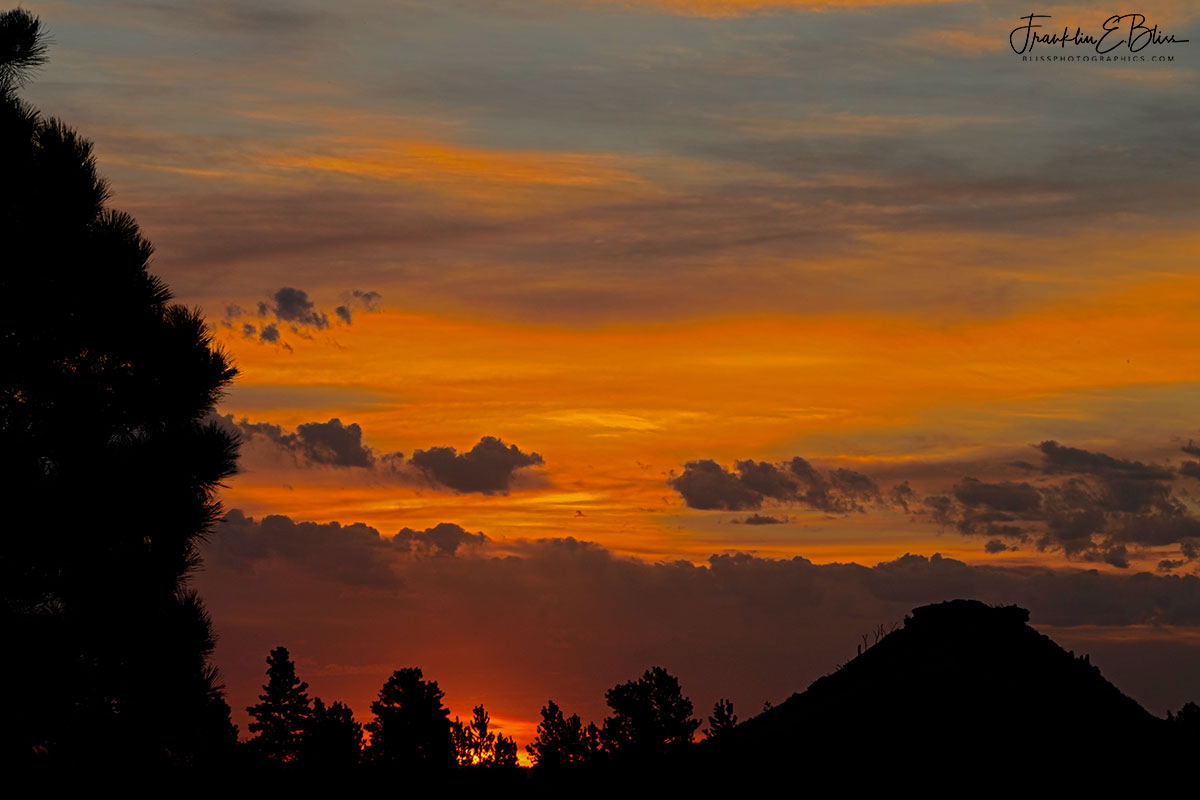 Twilight Over the Borderlandsis a capture standing on the Montana/Wyoming border. That line is 45 degrees north Latitude exactly, which runs right through that hill. EXACTLY 1/2 way between the North Pole and the Equator.

There were hunting parties though during the summer. The winter restricts access to these high ridges. Where there was water, there was game. Humans have been walking around this country for 11000 years. There is a documented Clovis man site within a 20 mile circle of my place. (LOL, that narrows it down). I still walk places up here that no human has been on before. Certainly try to walk off trail when ever safely possible. You will cover “better” ground that way. Everyone walks the trail… I seldom do.