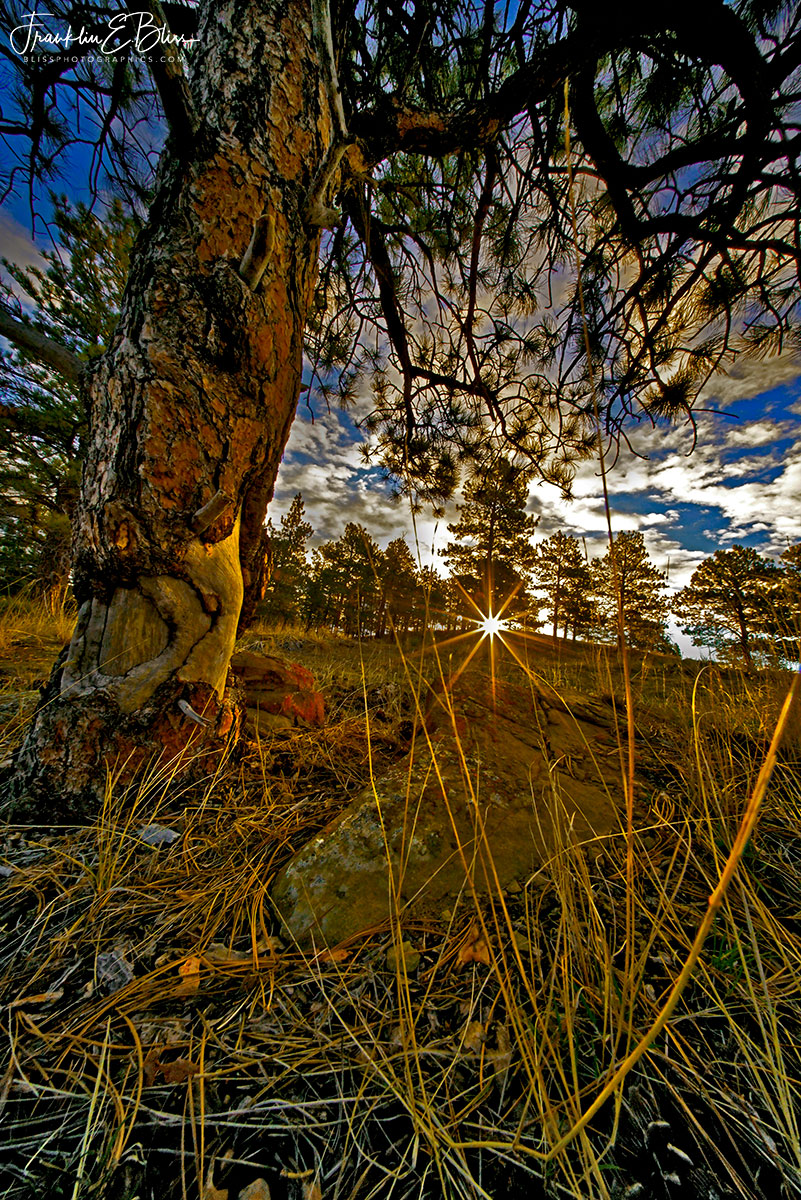 Tree Growing Out of a Boulder

This is ALL Hell Creek Sandstone. Differential erosion leaves these relatively harder boulders for me to enjoy. They are 66 million years old and that lichen can be 100 years or more old. Only rocks that are undisturbed have big lichen patches. Cattle pressure/wear from rubbing will destroy it. There are big areas of this boulder strewn surface covered with Sunburst Liichen (Xanthoria sp.), sometimes called pincushion lichen.

Bear in mind that there are hundreds of different species of Lichen that inhabit Wyoming and differentiating them exactly is sort of a science all by itself. Lichenologists have to have work of some kind. Academia is the obvious job path. I suspect that there is a use for court testimony however the job prospects of a Lichenologist is about the same as a masters in biostratigraphy such as myself. Though interestingly, biostratigraphers do a lot of work with oil companies .. My general comment about Lichen nomenclature is that you need a bachelors of science in Biology (which I have) to look at the photos or read the text. The text about the lichen is a foreign language.😀😀. I digress,

Enjoying a veiled sunset while walking around with several cameras in the remote backcountry is similar to a shooting gallery with a .22 but without the report or an occasional zinnnng…. . Lots of good stuff to shoot at. Just a click versus bang. BTW, I do carry a firearm in the backcountry. add a few more pounds. You never know exactly what your going to run into. A 10mm 1911 pistol with a 5 inch barrel is good for 300 yards… (work on that one for a while). This was taken this fall and it was pretty chilly.

Title: Tree Growing Out of a Boulder