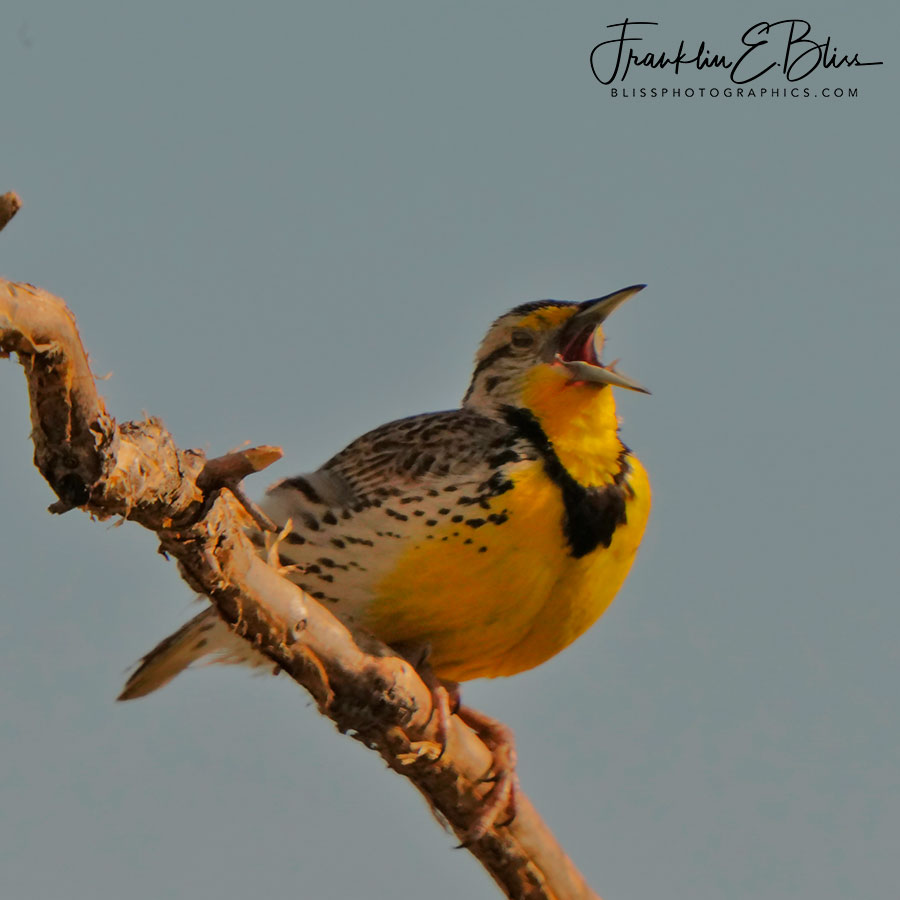 Top of His Lungs Meadowlark

I find Meadowlarks a difficult catch. I should clarify that by saying getting a REALLY close “Closeup” to be a bucket list item. This is only “sort of” close up lolol.

The tendency of a Meadowlark encounter is to be random. They occur often while driving in the backcountry along fence lines. I often am traveling along a two track backroad only to see 50 foot ahead a meadowlark on a fence. If you stop too close, they will fly away. But if you stop “just right” and don’t move at all, they won’t fly for a while.

If you move AT ALL once you come to a complete stop, they will fly quickly away. This is a law of nature that I’ve only seen a few birds out of hundreds ignore. This is a wild Meadowlark out on a branch sitting on a snag near a path I drive often. This guy was very tolerant of my Black Ford F150 Raptor as it approached. I stopped about 20 feet away. At that distance, with an 1200mm fast lens, I can focus on his eyelashes. The hard part is getting 20 feet away from a wild bird.

They frequent this whole area with 5 or 10 birds an acre sometimes. I’ve seen a bird fly every few seconds before driving two tracks. If I go slow, their songs permeate the quiet. Up here it can be so quite that you can hear your heart beat. Not during Meadowlark season lolol.

Title: Top of His Lungs Meadowlark