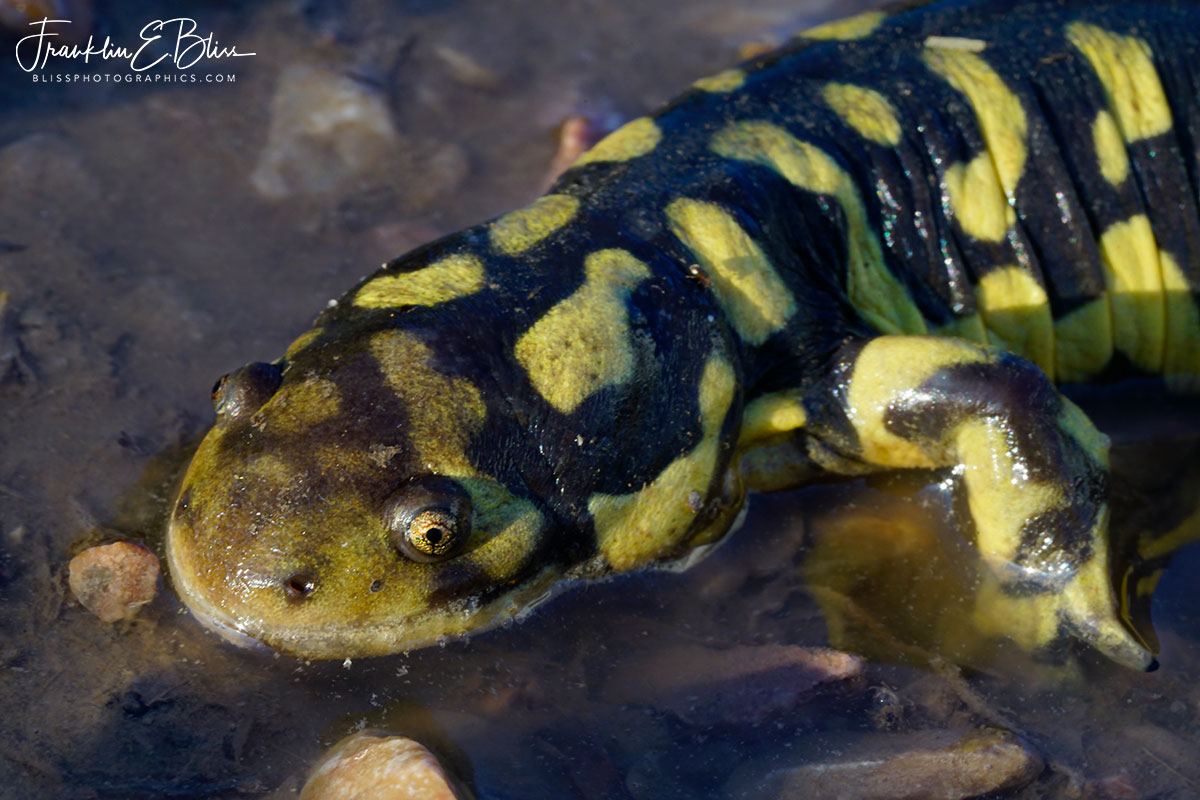 Slimy Sunday I guess. We had a pretty good quick rain move over and dump a few 10th’s of an inch. This little 8 inch (or bigger to 14″) Native to Wyotana Tiger Salamander Amphibian decided to come out. Must enjoy the wet while it’s about. It’s unusual to see them in the day as they hunt at night being voracious insect predators.

Known commonly as a “mole” salamander. It has been hiding down a deep crack usually next to foundations of buildings or elsewhere. Where they tend to go deep in the winter, they need some water to keep themselves properly wet. They don’t like their skin to dry out. We have some moving water between two small deck ponds that has been running for 20 years. That is a favorite habitat for them. Most lakes and ponds in the area will have these. Some can live up to 16 years in the wild.

These guys are not fast. A brightly colored creature is telling you something…. This typically means “Warning” do not eat me. It turns out that they secrete toxins all over their sky. (Don’t eat or mouth the skin). Juveniles are way more toxic than adults generally speaking. You DON’T want your dog to eat one or a toddler to mouth one of these. Depending on how much exposure to the Salamander it’s had…. You should even wash your hands after handling any creature. It’s a good idea to double scrub after these guys. The first sign is slobbering but it can lead to death.

They have a wide spread distribution and rank as the largest Salamander in North America. They might be coming out at night right under your nose and you don’t know it.