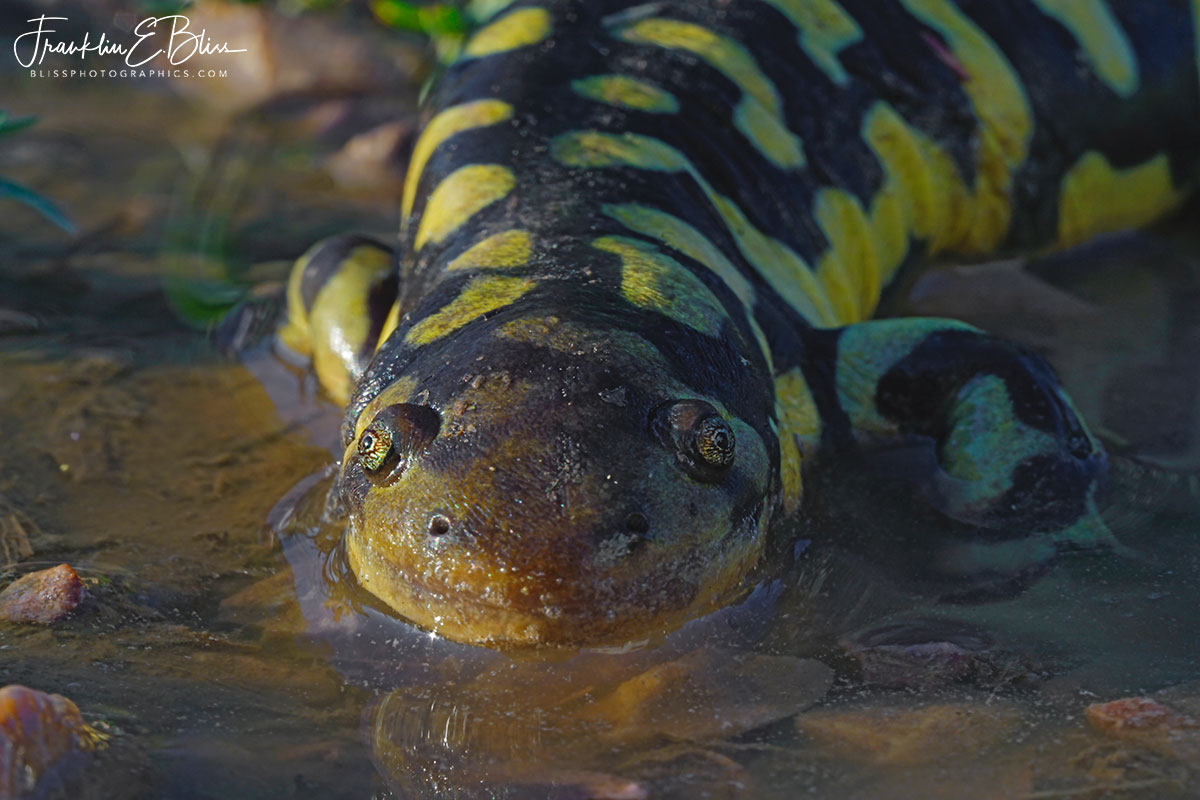 This is not a crop so it’s a BIG image for a salamander lol. This guy was a good 8 inches long and more or less happy in the water it was in. The hard part was getting him to stay still long enough to focus/click. He was hunting.

Brightly colored says “Stay away” as mouthing these guys will get your pets or kids sick. Even touching and then transferring it to your mouth can be detrimental to some individuals. Pretty much nobody bothers them but BIG one eyed (Cyclops to his perspective) photographers. IT had just rained probably wetting the crack he was in enough to entice him out to hunt. They are voracious eaters. I’ve found them along with toads by yard lights at night. The insects that are attracted to the light attract the Salamanders to the area.

Taken during the day is a rare thing for me to find them out. Usually not enough bugs out for them to attack. They go deep in the white season going torpid from the cold. Suspended animation.

An ancient heritage: Their development in the Late Carboniferous Period. An “Ancestor” started gulping shallow breaths of air with primitive lungs somewhere along the line. Eogyrinus (dawn tadpole) was a thin Crocodile (ish) critter that was fairly big at 15 feet in length. Modern Amphibians are distantly related to those early forms. The early paleontological developmental history is the topic of some debate not for this forum.