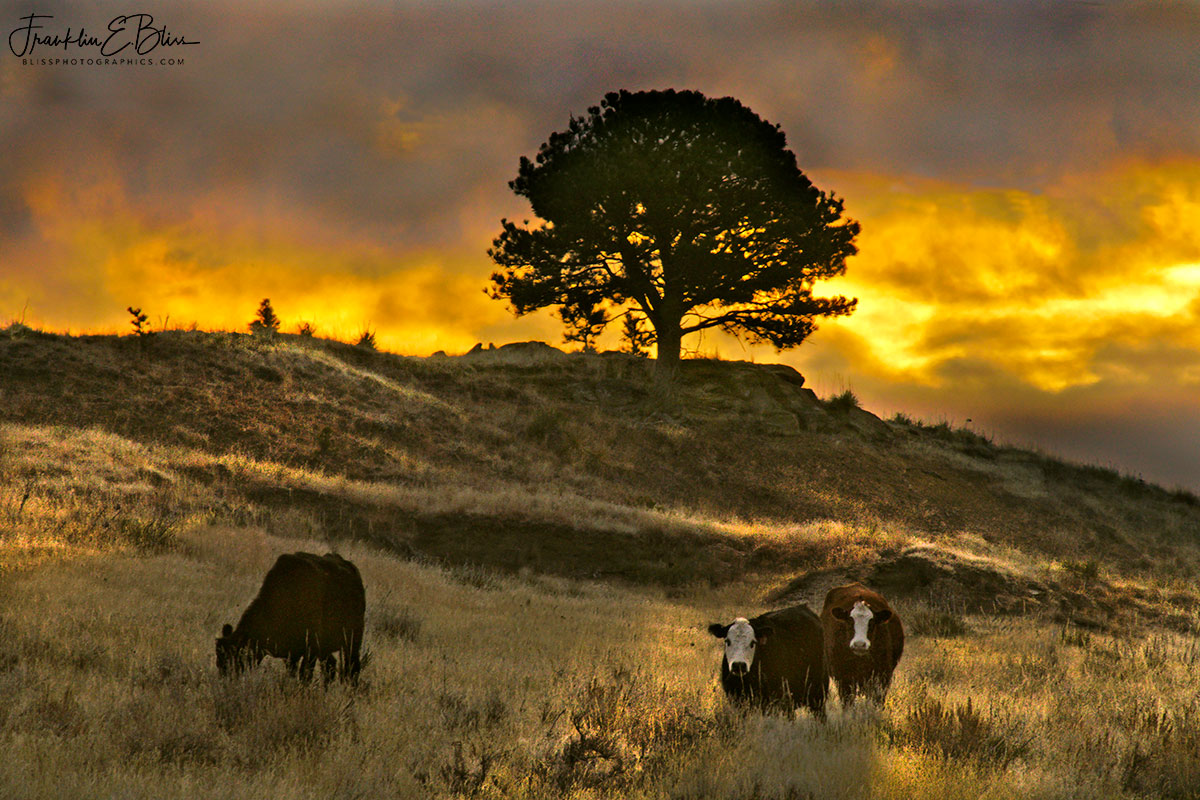 Three Angus and a Tree

The lighting was so unusual I pulled up and pursued it as hard as I could. The heavily veiled sun was peaking through up the hill. But not where I was standing hundreds of yards away. The angles were unusual. I was sun shaded but bright spotlights shone through the veil. This high lighting the hillside. This sunrise was a nice variation of the many themes I have experienced. Lots of contrasts and highlights are a good thing lol.

There is a fossil site below that tree… I haven’t really dug much there, just scratching the surface. I know there is a caudal vertebra from some dinosaur sitting up there under the edge of a boulder about a foot from where I initially found it. It’s only a few inches across. There are also a few bone cross sections (outcrop with bones sticking out) under the cap rock. I don’t believe it is worth my time to dig there as it’s likely just a few random individual bones. They are likely NOT bones from the same individual. Bones soon to become fossils were washed into that spot by the Cretaceous Age rivers. (End of the Dinosaur Era). 53 percent of the fossil record is composed of pieces and parts of Triceratops… They were the cows of the day..

Everybody on two legs (theropods like T-rex) at them. The more things change, the more they remain the same. 2 legged creatures of today eat those modern day cows too.

Title: Three Angus and a Tree