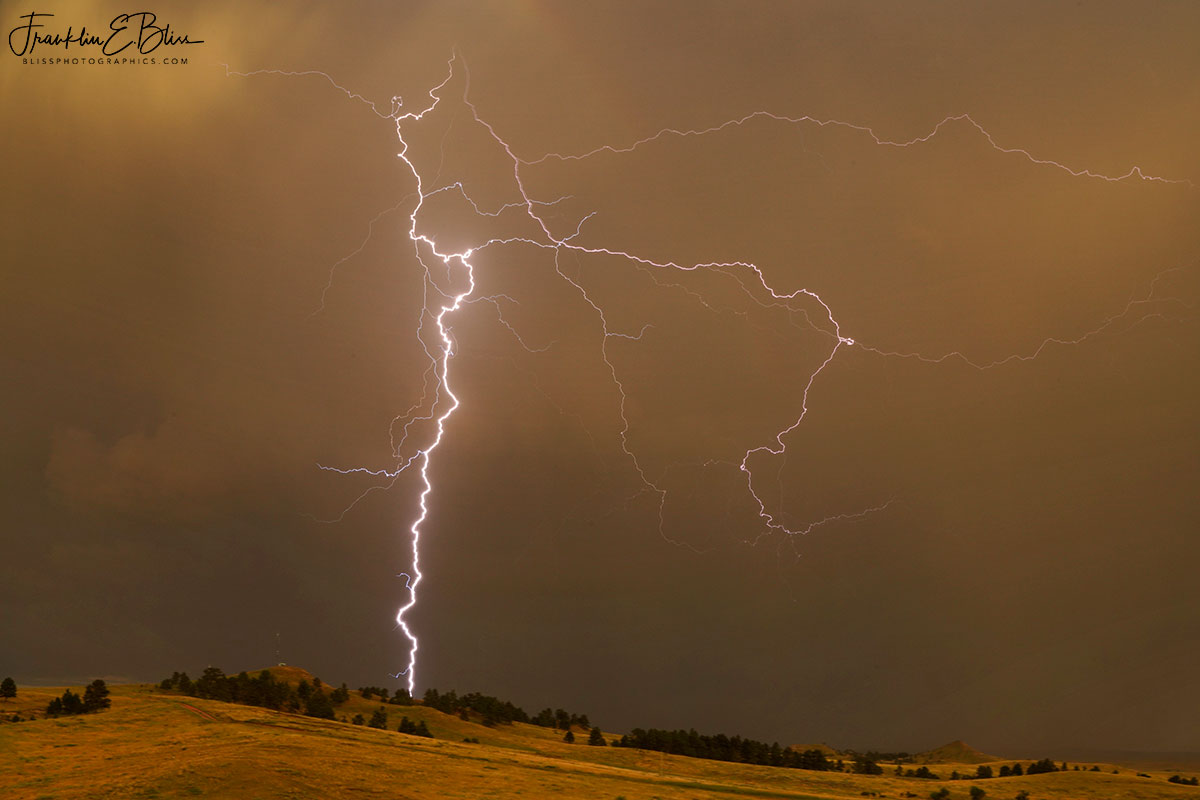 Pointing a camera where a bolt had just hit has a good probability that a repeat performance is in order. It took me a second to zoom into where I thought the last strike was based on the residual image left on my retina . So I moved the camera, got it all set up just in time Flash…1,2,3,4 BOOOOM…. So not quite a mile just over the hill we call “Dobie” (don’t ask me why it’s called that). Looks to be a ground to cloud bolt..

It’s not too often I get a really large (OK, huge) bolt like this completely on the frame without cropping down a larger image. Usually the some leader is cut off. This is a full frame non-cropped image though. I couldn’t have centered it better if I knew ahead of time where it was going to be. Well I still had that ghost image in my eyes from that last flash lol.

There was a whole series of storms that moved through this evening. Each had it’s own character and lighting into sunset. I worked each and every one till the lightning and lighting subsided. There were some amazing captures from this timeline . I spent over 3 hours with this storm train. That is 1000 to 1500 image stuff. This will take a while to sort it all out. I had two cameras on lightning trigger and others free handed. I can run up to three cameras but it get’s to resemble a rats nest on my truck window.