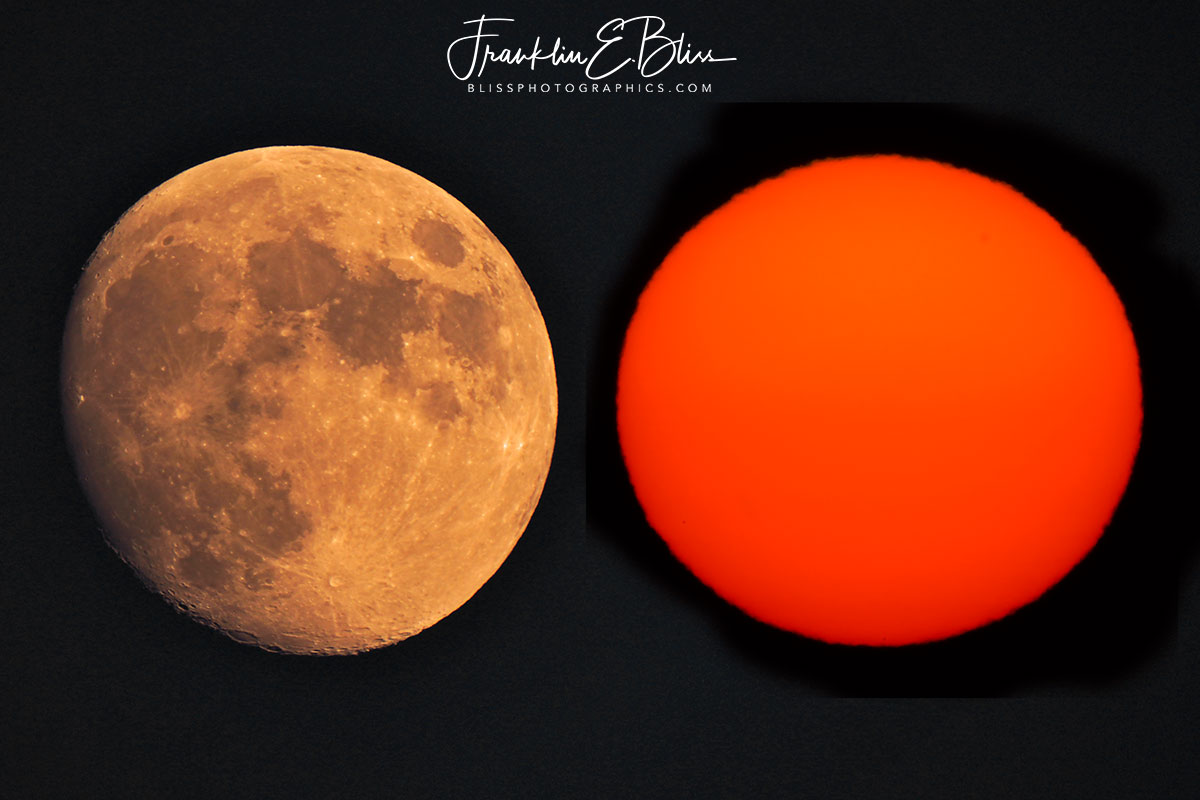 The Moon and the Sun

This 92 percent Illuminated moon was rising in the eastern sky the same time the sun was setting. I used the same camera, same 1200mm lens at full magnification, both handheld front rested on a truck window. Taken a maybe 30 seconds apart. I took the moon image, turned around already spinning dials on the camera to choke out the excess light from the MUCH brighter sun. This is all done without any external filters on the Sony Alpha 7 platform. A Rising Moon and the Setting Sun. The sun is closer to the horizon, note the sculpted edges from atmospheric lensing distortion. The moon’s edges are crisp.

Granted it’s a big long terrestrial lens at 1200 mm. No astronomic telescope here, this is the same lens I use for bird eye brow images. This image is of course a composite of course with the two being on opposite sides of the sky at these particular moments. The sun and the full moon are “seldom” seen in the same side of the sky. 😜

Boy talk about a blank look on the suns face. Currently, the sun has NO, zip, zero sunspots visible on it’s face. We are at the low of a very quiet / low sunspot activity/number during the current solar minimums. Right in the middle of the low we are. A good google search this AM would be “Maudner Minimum”.

You might note that the two disks are essentially the same size. This is part of the reason the sun can cover the moon during an eclipse. The moon just had it’s supermoon status revoked last month. Moving a little away in it’s orbit. It’s still very large but would if in the right place would result in a ring of fire eclipse as just occurred in the southern hemisphere. These types of annular eclipse occurs when the moon is a little further away not quite covering the suns disc. A ring of fire shows all the way around the central moon silhouette.

Title: The Moon and the Sun