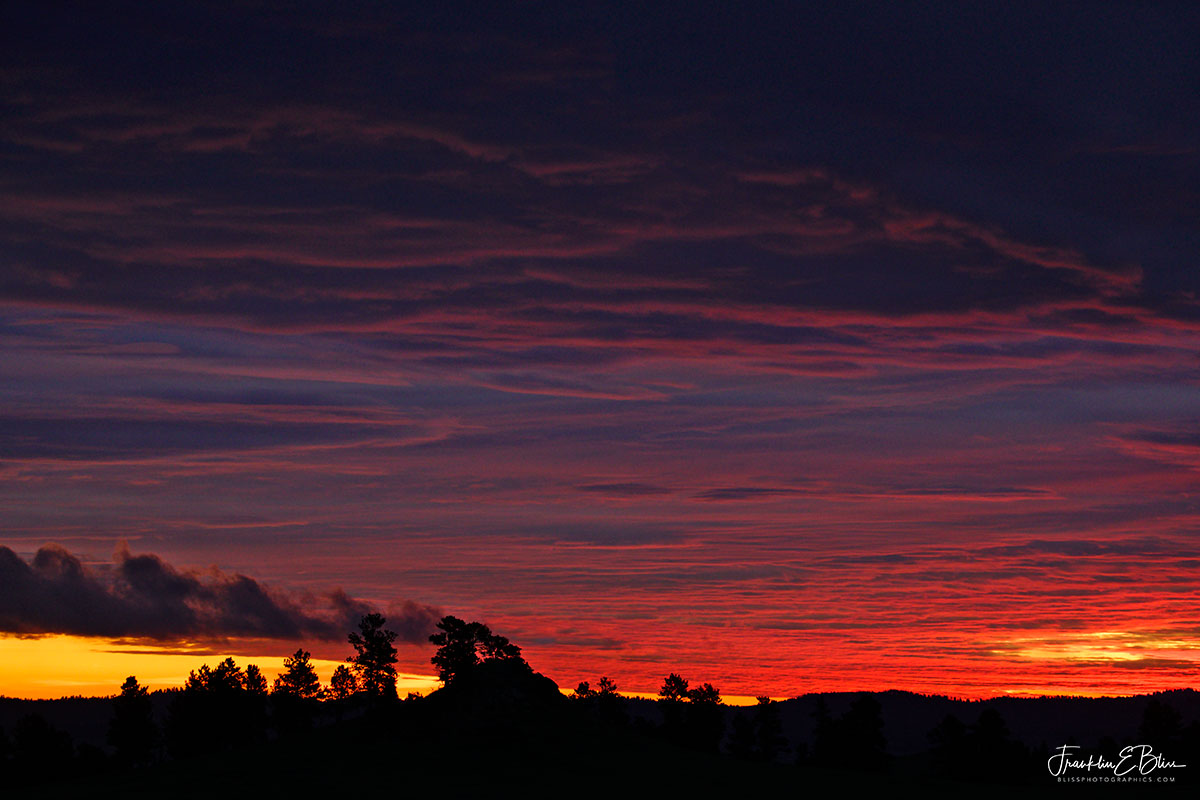 Exactly on the Wyoming / Montana border, this Volcano simmers at behest of forces beyond our control. This of course is a satire and illusion of a volcano created naturally by a confluence of events and my position.

I love the long distance perspective of a properly involved deck of clouds colorcast by Alpenglow. These are real colors not unknown in this remote high country. The 180 mile long cloud deck positioned above a clear icy window to the sun. Our “volcano”, called Lookout Butte has a commanding view from the top as it’s name suggests. Being an “Insulberg” (google this), it has few characteristics resembling a Cinder Cone Volcano but for it’s shape. All form and no substance passing for an event of geologic significance in this fleeting moment. The chances of a thick layer of clouds across the sky lining up with the top is not terribly high so I cheat and move. The levers my ability to get just the right angle. The ability to move quickly from place to place is really useful for this kind of opportunistic photography. 👀

I don’t always work sunrise, but when I do, I always like a simulated volcano going off in the photo.😜. Illuminated by a dynamic gradient of long traveled cinema quality light, the actors of the stage show have a huge projection screen to perform under. Sometimes dramatic plays happen overhead taking over an hour from start to finish. I have a tough job watching entire sunsets and sunrises as they mutate from second to second.🕺 This show was the directors cut. 📸

I might take 800 photos of a particular sunrise as this. Maybe 2 or 3 images from the twilight will be finished. All the images from the timeline that morning but with different frames were equally as dramatic. Skies as above are rare but the high ridges I work have their share. 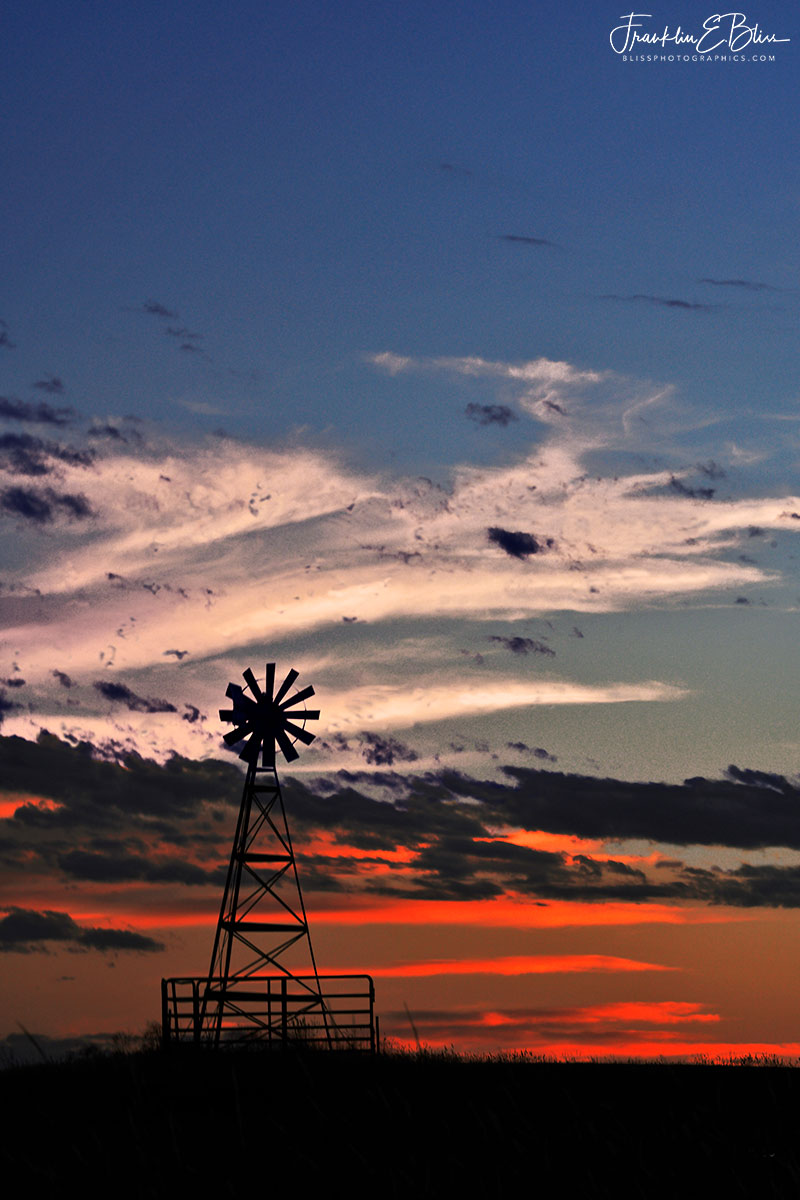 From the Summer of 2018 which had a variety of smoke effects that I observed. This Red, White and Blue themed July Sky was appropriate for Wayback Wednesday as well as Windmill Wednesday…. Oh wait:

Windmill Wednesday: Windmill Junkies Unite : 🤘🤘🤘😜📷 Don’t let your mother know you look at “stuff” like this 👀👀

I’m trying hard to mix up what I’m posting daily OR going thematic like Moon Monday. As I am finishing my portfolio, working on images, I sometimes do a search of my files for a particular Subject) say “windmill”. I get several 1000 images across my entire computer but on my “to finish” drives, I have narrowed that field a bit. Only several hundred to go there lolol. Of course I have to deal with all the currently taken images daily too lol. I ultimately posses pretty a “set job” security just finishing images I already have taken. Literally there are years of work just finishing images.

Getting a digital camera capture/file ready to print means it has to be “Clean” with no sensor dirt allowed so to speak. Ideally I don’t have any “artifacts or false gradients/colors/hues and or any other thing that detracts from photorealism of the scene. This image is so close to the right colors of Old Glory. . It killed me that the orange wasn’t crimson but hey, I try to leave colors as I saw them. Close enough for “government work lolol.