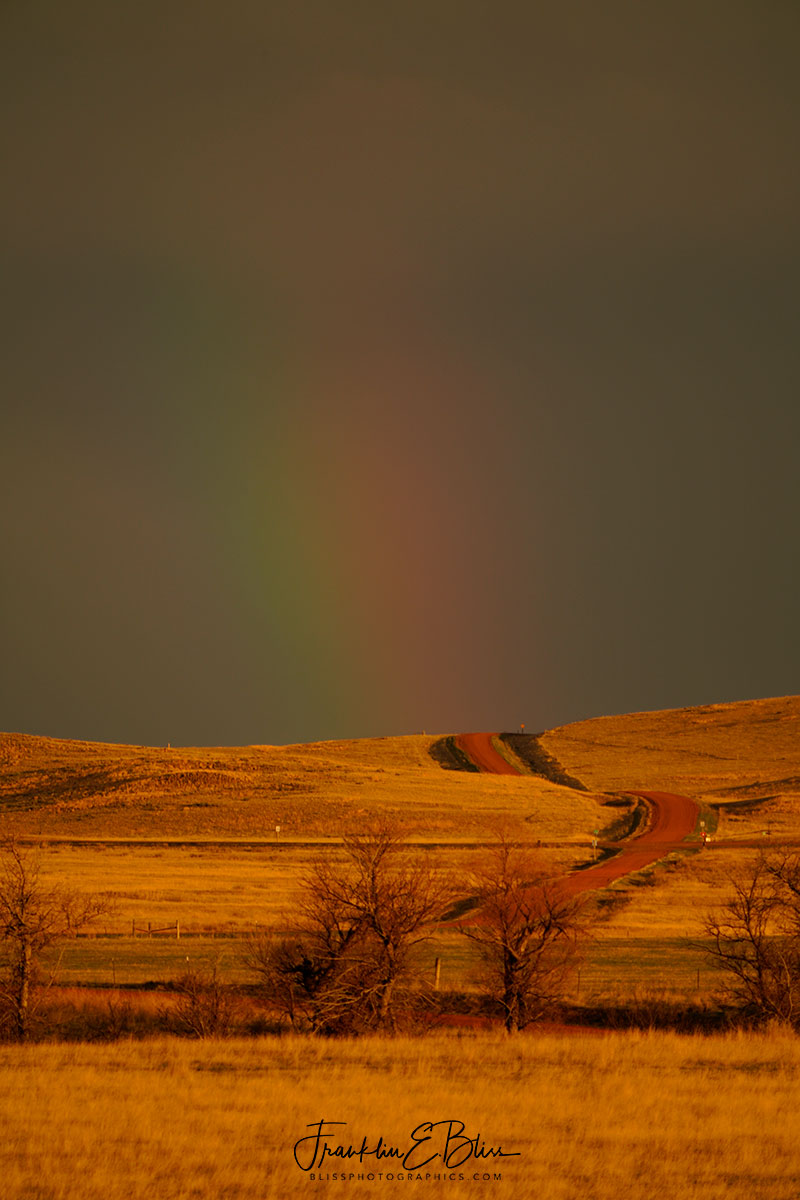 Road to the Rainbow

The intersection of Parks Rd and Trail Creek about 4 miles south of the Montana / Wyoming border is in the distance. I’m about a mile from that crossroads for this shot. The Pronghorn as a matter of principle decided to cross in front of me. They do this to show off. I was pursuing the rainbow the road was leading to. Of course rainbows are tough to catch up to since they move as you move lolol. BUT I find that there are rainbows images and then there are rainbow IMAGES. Gravel Wyotana backcountry roads are always exciting in what you will come across. I had stopped to to capture the rainbow lining up with the road of course for the Close / Far Perspective.

I tend to photographically work my local county roads when it rains. The rain can make driving on trails destructive to the two track roads I typically travel on. Access to the real remote backcountry is extensive if you know the way. County roads take you places everybody goes. The area between county roads to my west is over 100 square miles. This is very big country and I know I have been to places where certainly very few if ANY people have been before. I’m even considering Native American populations. But then again I’ve found traces of humans literally in the middle of nowhere. A cartridge case, a piece of iron artifact from a homestead, some trace. I might take a trip down Parks Road there and try to spy that pot o’ gold before the Pronghorn get it again… 😜 👅 (old narrative).

Title: Road to the Rainbow 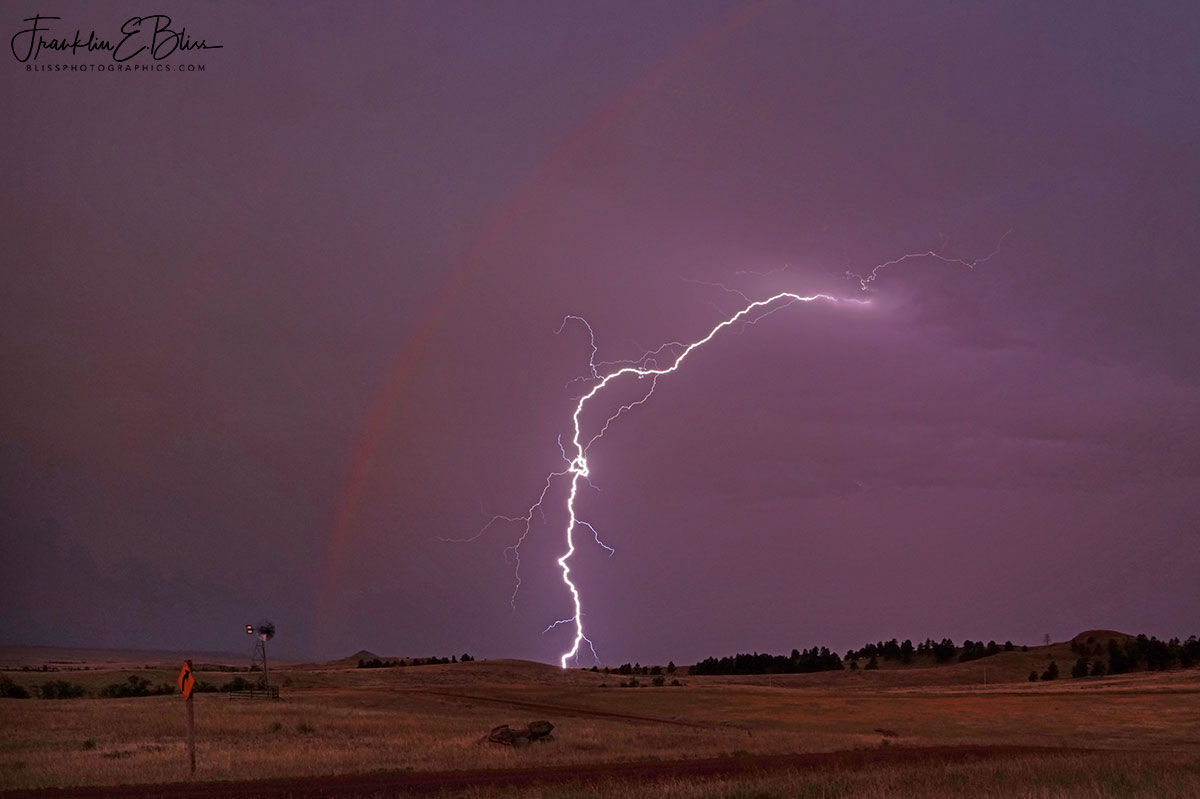 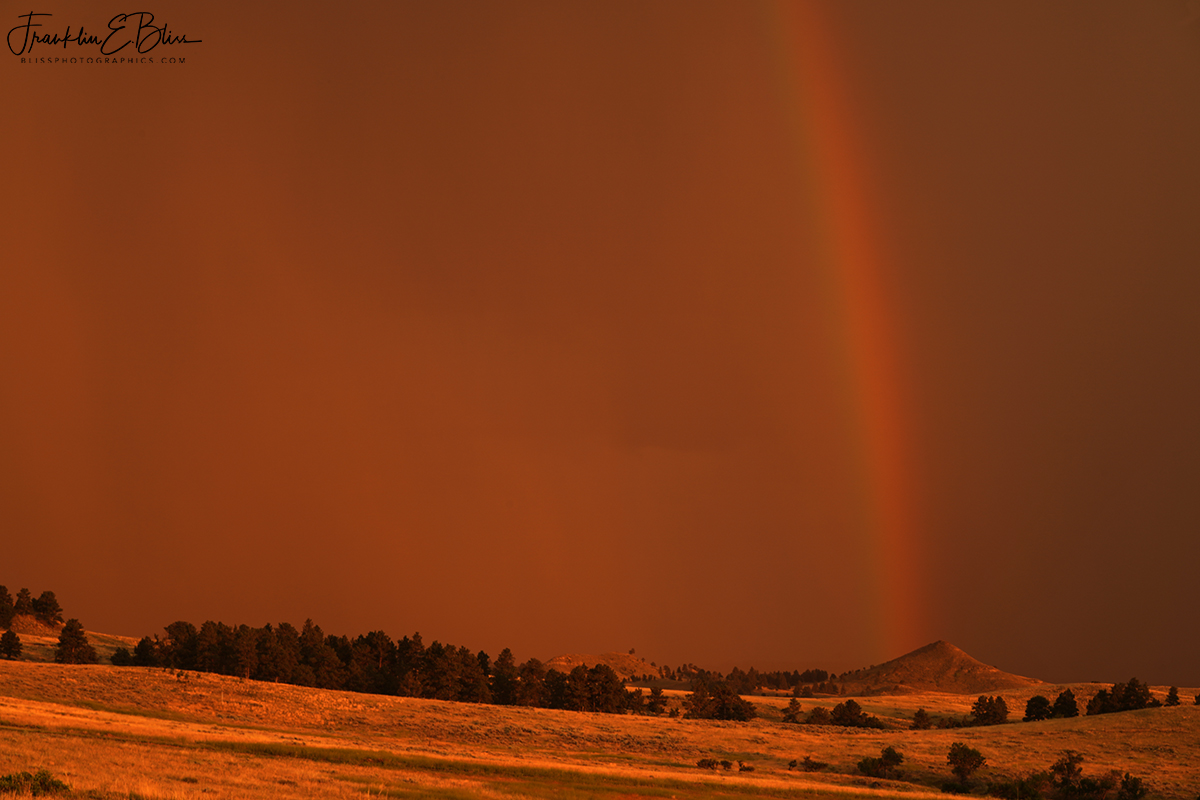