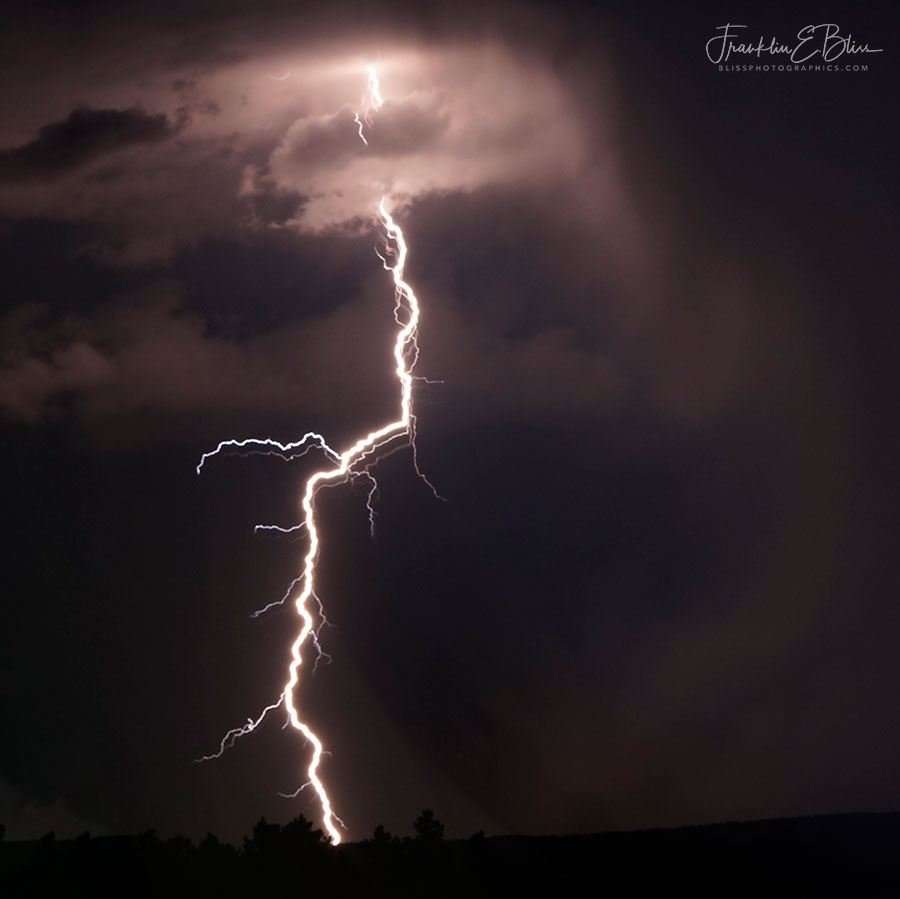 I watch very carefully and a a visual learner from natural events. I don’t always get it right so apologies ahead of time lol.

As this erupted, I watched the “bolt” Strobe multiple times. I can visualize it in my mind now as if it just happened. Flash flash flash flash four times. This was a one second exposure which was not long enough to pick up the barely visible landscape. I was trying to get the bolts alone that were consistently blasting this particular ridge about a mile away. Roughly hitting the same area as that part of the storm floated over the high topography, I pointed a telephoto (400mm) at that spot pre-framing the image. The cameras on my drivers window clamped to the truck.

At first I thought this might be a shake of the bolt but the branches off the main aren’t all doubled as they would be if the whole image was shaking. It wasn’t a long exposure as I indicated a second. The lightning trigger that controls my shutter took the whole sequence of the bolt I believe. Each ionization path following the one next to it. I think it would be a blur if the camera moved. I’m fairly conviced this is multiple bolts not a shaky camera blur artifact. What do you think??