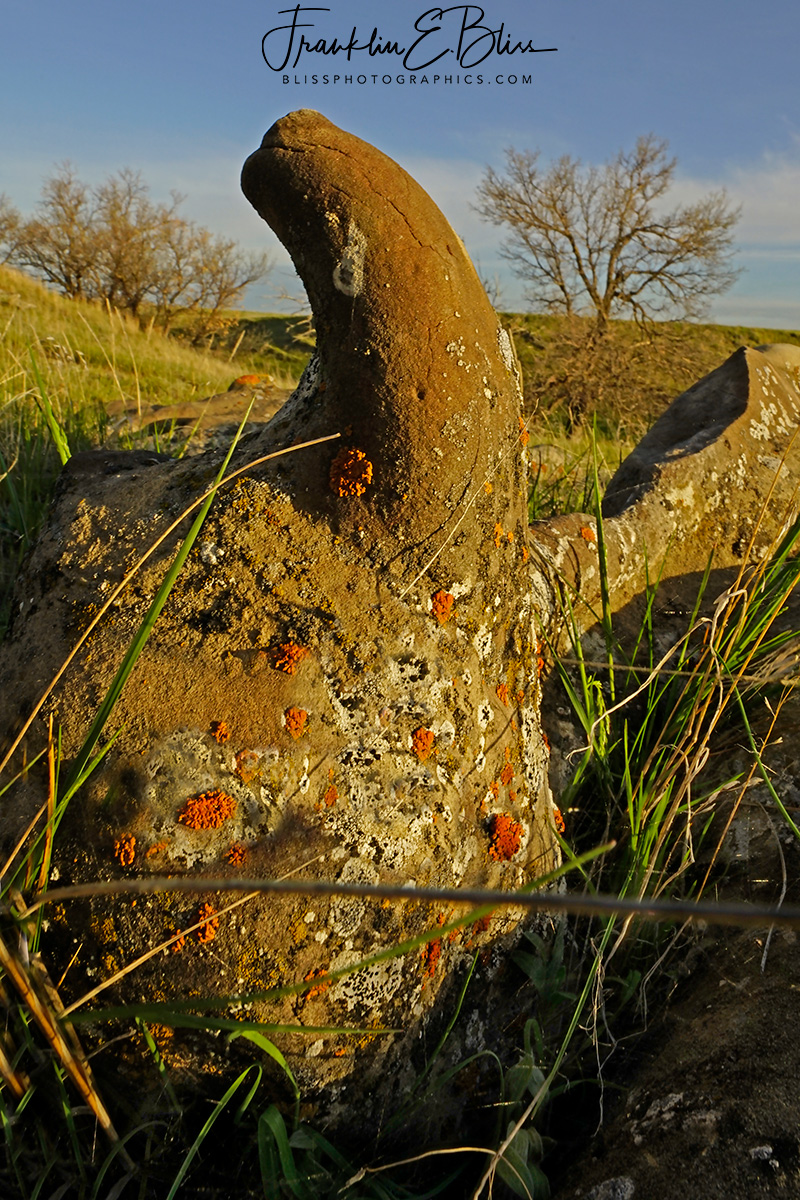 Boy this sure looks like a fossil horn on a Bison head laying on it’s side.. It’s big and heavy. Those lichens are really old. Hummm I’m SURE that a cowboy or two has roped this over the decades lolol.

Rocks take on many (infinite) shapes due to differential weathering. Soft sediments like wet sand can flow as toothpaste from a tube into surrounding formations. When you put a 10 foot thick layer of heavy mud on top of a few feet of wet sand. This sand is the kind that would squish between your toes. You will get some mixing of the sand into the mud . It’s called “Soft sediment Deformation”. All sorts of exotic Shapes are formed. I’ve seen so many posted on the internet. I’ve got several dozen good examples but this is the biggest one. Yup, must be a fossil bison……. NOT.

Rocks that look like fossils but aren’t are called “Pseudofossils”. Wyoming/Montana has it’s share of real fossils and Pseudofossils. Don’t be fooled by shape. THere has to be substance , 3-d depth to a fossil. Biologic structures are not limited to the surface. You should be able to see “depth” to structure. This “fossil bison” is lacking in any other feature than a “Horn” sticking up and a general shape. Our minds tend to see order in random shapes so we attribute the “fossil Status” on the rock.

So it is a Pseudofossil (fake fossil). I will over time post more of them as I actually collect them and take photos side by side with the real thing. Shape does not make a fossil. There is no substance to a shape in and of itself.