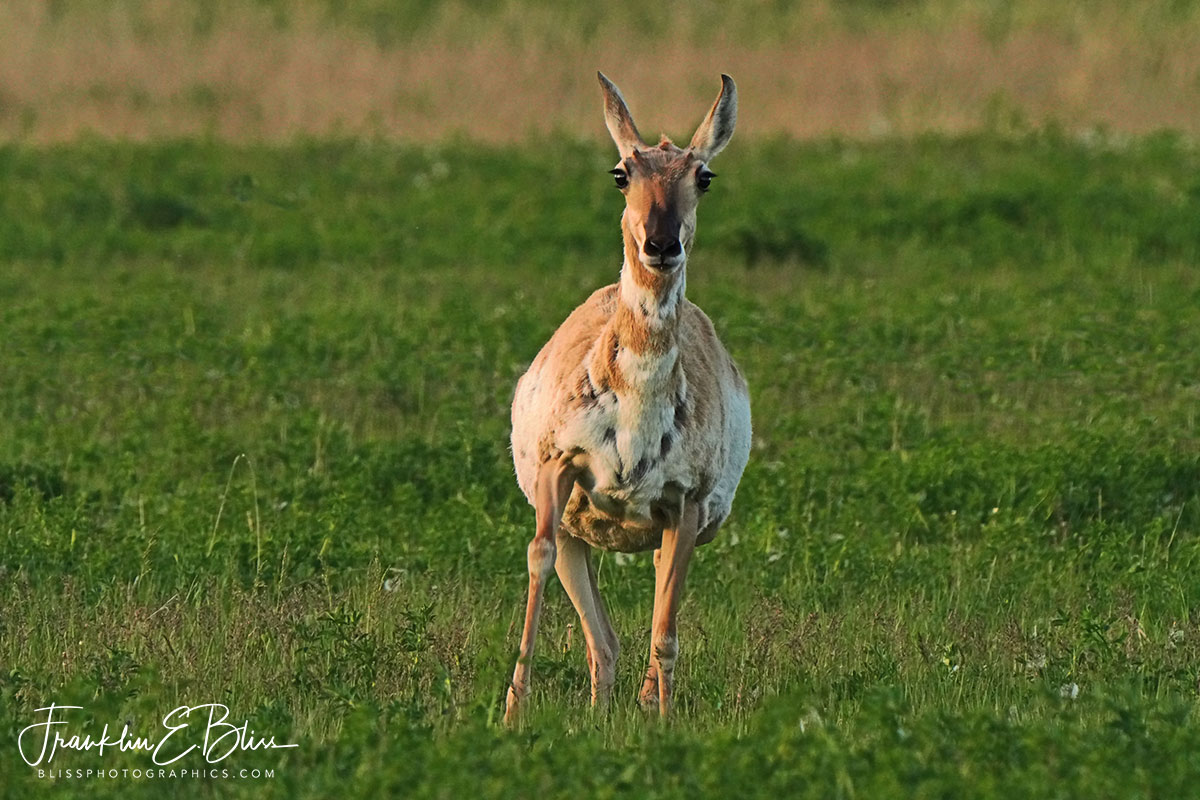 Holy Pregnant Pronghorn. This gal is so pregnant she looks like one of those balloon animals I’ve seen in various cartoons. Just about ready to float above the water hole 4 legs up in the air. Not the fastest land animal in North America at the moment eh?

I’ve taken a few images of pregnant does before and they don’t typically get this big. This may be one of those “does this coat make my butt look fat” moments. Damned if you tell the truth and damned if you lie. There are certain situations in life where there are no correct responses. I’m thinking that within the month there will be three as she has to have a pair of buns in that oven. They usually have twins during a “good” year. It was a long but relatively warm winter for the now miserable mother to be.

Pronghorn birth after both Whitetail and Mule deer in June. That means that by the time this posts, at least a few pronghorn fawns will be scattered around the prairie. This necessitates a great deal of “watching” out in the grass ahead of what ever I’m driving. I’ve seen them in two tracks and even on county gravel roads hiding as a small motionless lump. I’d rather not find one with my vehicle. So for the next few weeks I’ll be treading lightly watching for baby Pronghorn in the grass.