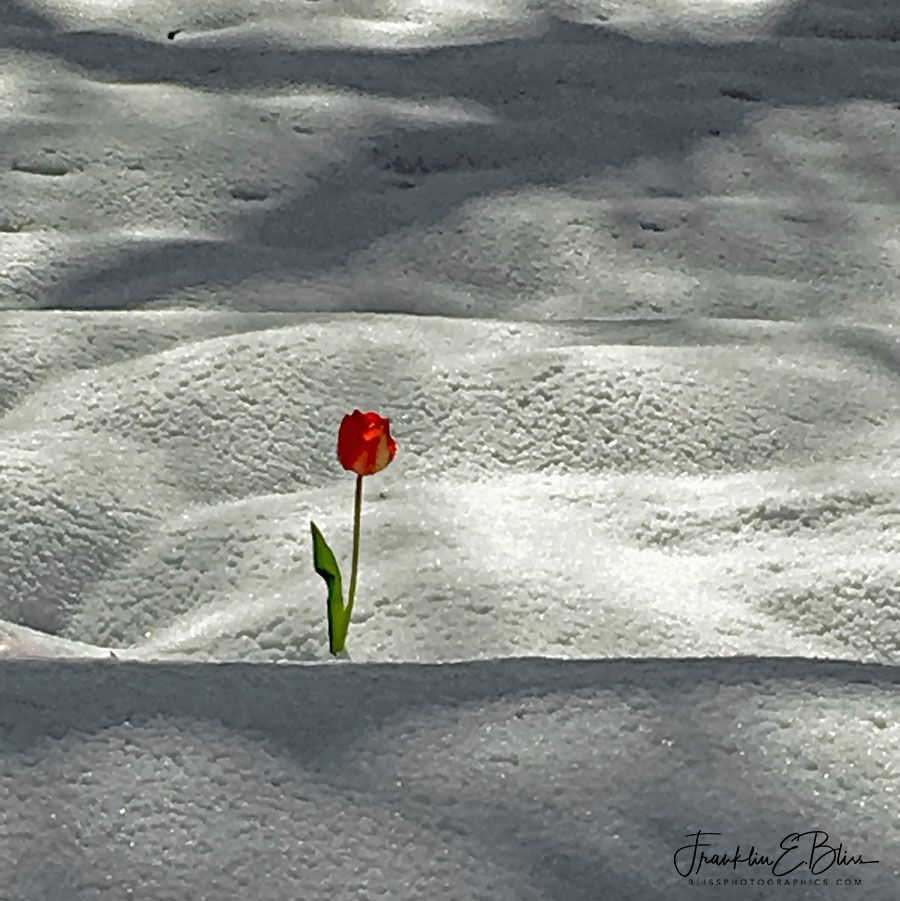 Living in a remote secluded ranch for 20 years, I’m sort of used to isolation. Many of you are battling this “stuck at home base” period of our lives feeling alone. If you feel you are battling the elements here, you know, swimming upstream, up the creek without a paddle or are just plain isolated, I understand trust me. There are not enough hours in the day as it is up here, just add more on top lolol……

To keep my equilibrium, I try to put my world into perspective daily then isolate each problem I come upon placing it into it’s own little box. Take those boxes off the pile one at a time to deal with it. Funny how some boxes disappear on their own… This lovely flower, at the prime of it’s labors, covered by an overnight chill and snow trying to kill it. Just one little box in it’s life. What doesn’t kill you makes you stronger. 👀

The ability to shrug off these burdens that we usually put on our own back is a learned skill. It’s easier to sit back and analyze arm chair quarterback others but we sometimes drift to our own foibles under this assault around us. That is a mistake and causes depression. I find it’s the second guessing that causes the most stress in life. Regret, buyers remorse…etc. So I try like heck not to do it. Worrying about something that has past is a waste of energy. The Flower took the insult shrugging it off knowing that it would be warmer later. The earth relenting to the innate ability of the species to know when to hibernate and when to grow. Like most things that seem terrible as they are happening. The tulip somehow understood the melting snow and the warmth would be coming that morning.☯