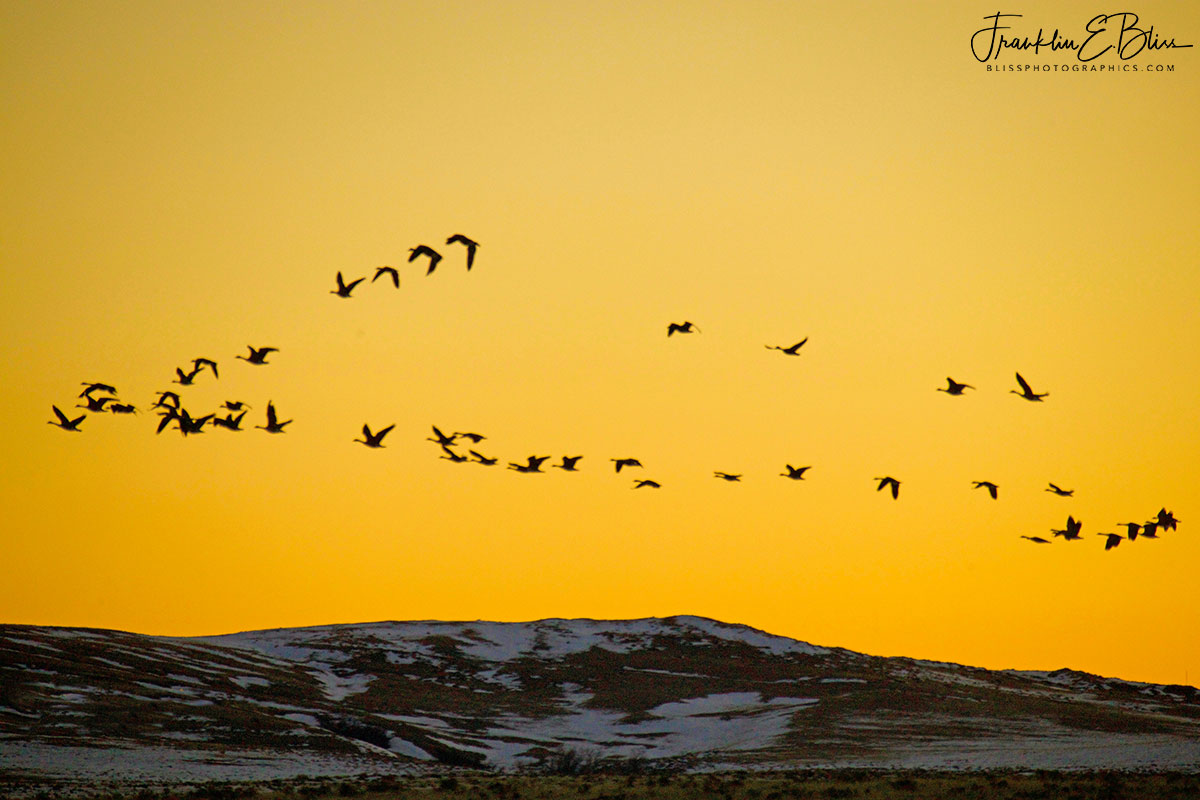 As Canada Geese migrate, they make nightly stops here on open water which was getting rarer as the season went along. Migration consists of these big birds moving from where there were born, to warmer areas, then back to their birth place.

These geese are amazing birds with up to a 75 inch wingspan weighing between 5 and 15 pounds. Now a 15 pound bird is a LOT of bird. Big Males are nothing to mess with if they are being territorial and habituated to humans in city parks etc. They never stick around up here to give me a hard time so far. They will violently attack any creature that is a perceived threat to their goslings including humans.

The Canada Goose is literally the largest goose in the world. Having said that, there is a subspecies of canada goose that is the smallest goose species in the world as well. The oldest captive goose lived 40 year with 30 years being common in captivity. 10-25 in the wild is typical. They mate for life but if one mate is lost, they will take another.

I have some experience with geese chasing me. Never fought one. I did however have a confrontation with (captured them by hand) a wild 30 pound bird or 2 before (turkey) that was in our log house under construction at the time with no windows in the building yet. A flock of 1/2 dozen turkeys were inside. Not wanting to clean up the mess, it was my job to get them out…. I went in with safety glasses, a light jacket and gloves. I have determined that turkeys while flying through missing windows do well. Not so much flying out the same windows blanks in a log wall. (to the light). I had to catch each one of the birds Stuck on running around the room from me rather than trying to leave via the window. Dinosaurs all. Just no tail and teeth. 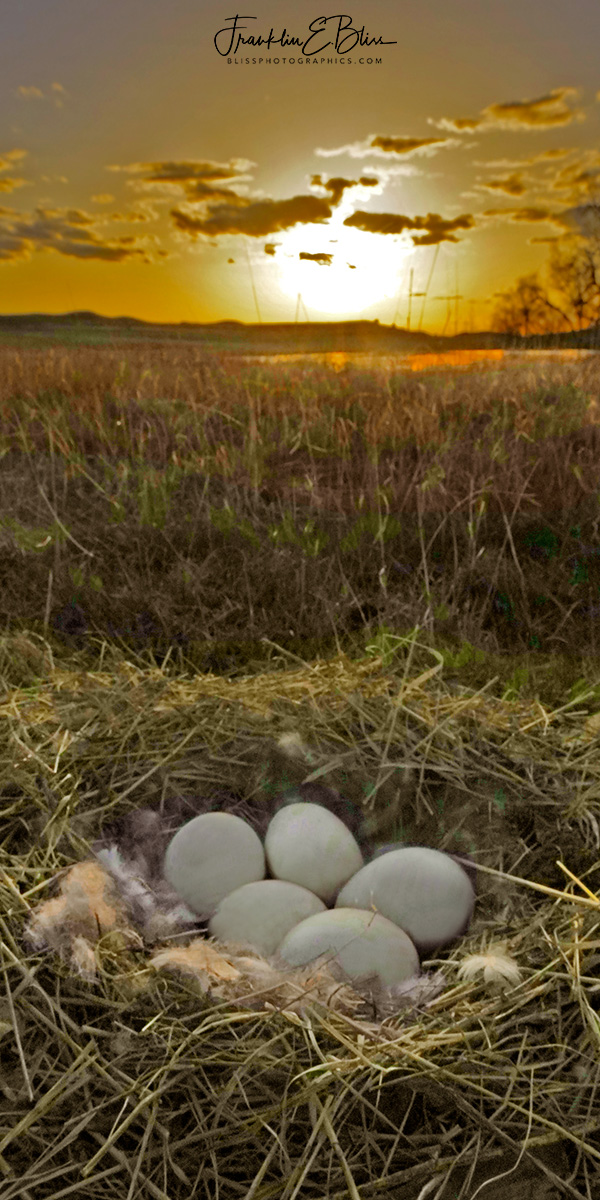 I was driving to check some game trail cameras at a nearby wildlife funnel. I saw the parents bolt for my presence. We surprised each other as I only check cameras when I’m in an area which might be several weeks. This image is a regular camera issue . I think it took me about 2 minutes to have a 360 degree game trail camera on the location. I have some excellent images of the the parents tending their eggs. The Game Trail Cameras worked without me bothering them. I have a few finished images of that apparently that I have yet to revisit but I’ll get there lolol.

There was NO hatch of this nest. . The parents were obviously disturbed by something. They left the eggs. (not by me as the trail camera watched them for a month tending eggs. ). Suddenly, they were gone. The eggs scattered. I don’t know what happened to them. I do have a pretty good series of very close images from them with the eggs. Several other animals apparently took advantage of the nest after that. I have blurry photos. The night a raccoon found them was the last. It’s hard to know why the clutch didn’t hatch and the parents departed. 😔

These wetlands are on ranch. They are spring fed, as such in 20 years I’ve never seen this pond dry up. Built by a dam on the old local section of the “Montana to Texas Cattle Trail”. A LOT of cattle have drunk water from this pond. The trains started hauling cattle..