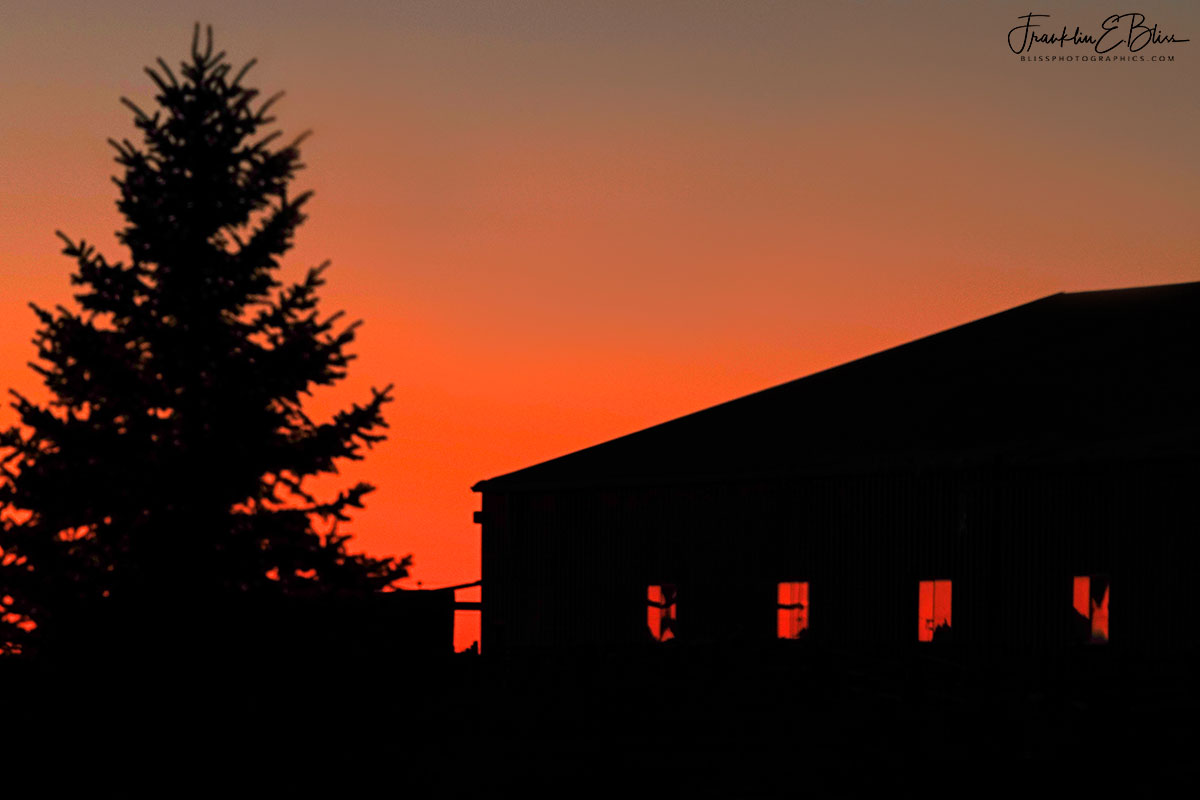 What beautiful Alpenglow that evening…!

Life on this ranch starting 1906-1960’s was hard. Somewhere in the Late 50’s and through the early 60’s several oil wells were sunk into a good oil reservoir. The family that was the recipient of that revenue decided to build what was then the largest building in Campbell County in 1964. A project of clearing ground for this pad started. Included was a corral system adjacent to the barm. The Pad ended up level. Literally notched into a big hill . The rocks and sediment bulldozed from the hill as a road cut on a highway. This “dirt” distributed around was old river sands so the drainage is pretty good now… This eliminated the original/natural contours and flattening out the “pad”. I understand that work alone cost 50,000 dollars to move all that dirt. That without the cost of this huge building.

A bit of Infrastructure already in the ground became deeper due to that dirt… This has been a little problematic… Now there are a few pipes that were 6 feet down that are now 15 feet down. All that ranch infrastructure works of course. We did experience a deep pipeline burst leaking water . Fixing that was a day long chore. That hole was pretty big. I’ve had to fix that pipe twice (so far in 20 years lolol).

The oil eventually went away by the mid-70’s and the oil well’s mothballed. Back to normal ranch revenue but they did effectively have a foot ball field under roof. Those hardy folks were cowboys from the start. Born and bred in the Wyotana borderlands. I’m not sure how many 1963 Corvettes that building would have purchased but I’m betting 30. At any rate having a barn with that much area under roof is a good thing. We pull vehicles in there when storms approach and have even had a tailgate picnic after calf brand cut short by a thunderstorm. There have been many calf roping events for the locals in there I’m thinking through the 80’s anyway. Probably around 100 of them would be my guess. Ropers are serious folks as it’s a life skill up here.